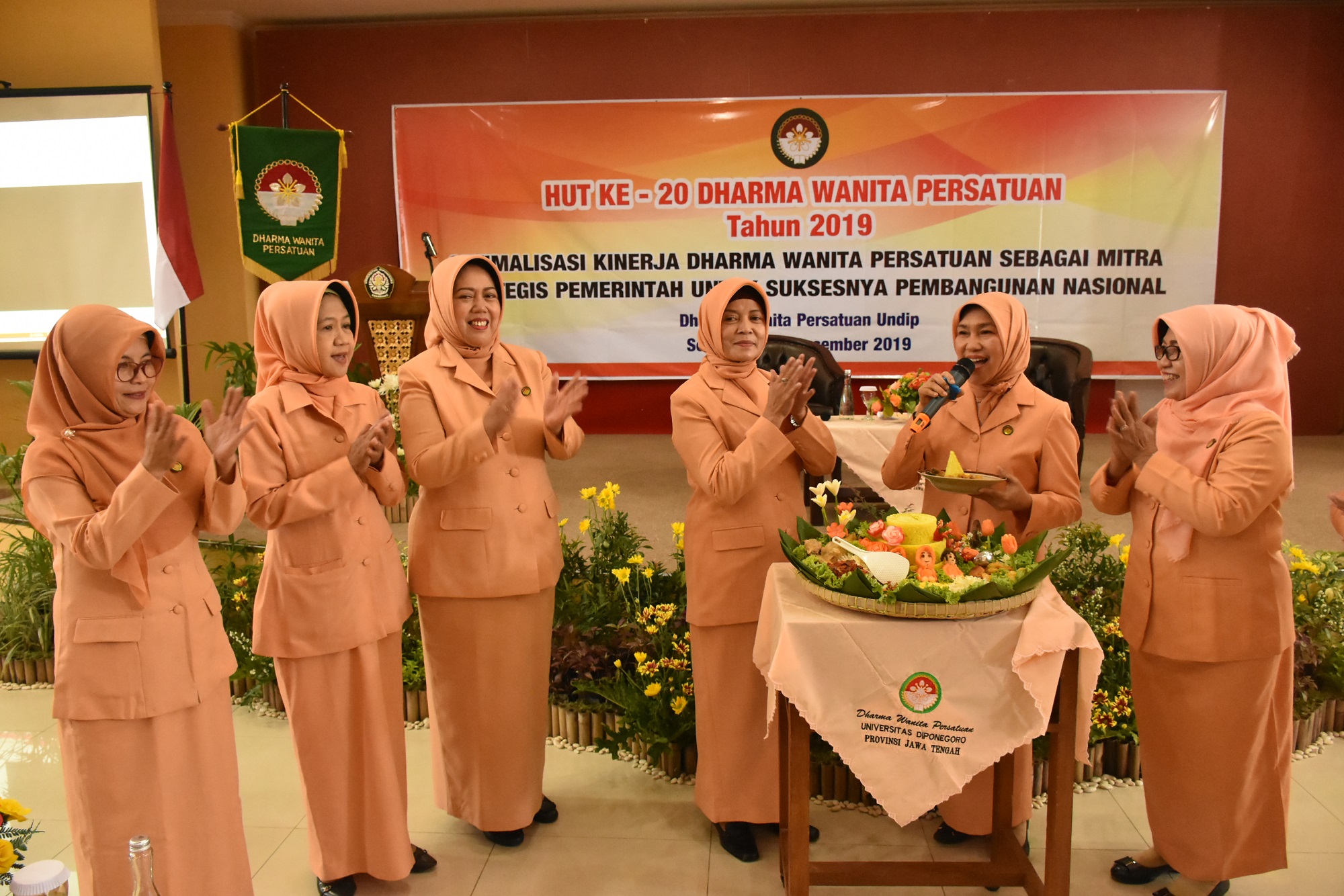 Report from the head of the committee; Dewi Widayani Suharnomo thanked for the implementation of the DWP anniversary celebration. Dewi said that the theme for the celebration was “The Optimization of DWP Performance as a Government Strategic Partner for the National Development Success”. In addition to commemorating the anniversary with a symbolic event of slicing tumpeng, DWP Undip also held a DWP Undip organizational workshop.

The head of DWP Undip Asih Budiastuti Yos Johan Utama in her speech said that Dharma Wanita has become a social organization as a community association of State Civil Apparatus wives that become large and structured women’s organizations.

Asih also added that for the next DWP anniversary celebration there will be a hymn of dharma wanita and mars dharma wanita choir competition, which will be participated by all of Undip DWP members from the faculty, vocational school, and Undip postgraduate school.

The rector of Undip, Prof. Yos Johan Utama, S.H., M.Hum., in his speech, congratulated all of the DWP Undip members for the implementation of that anniversary celebration. Prof. Yos said to all of the members always to develop their potential as an ASN’s wife’ role in supporting the welfare of the family, organization, nation, and state.