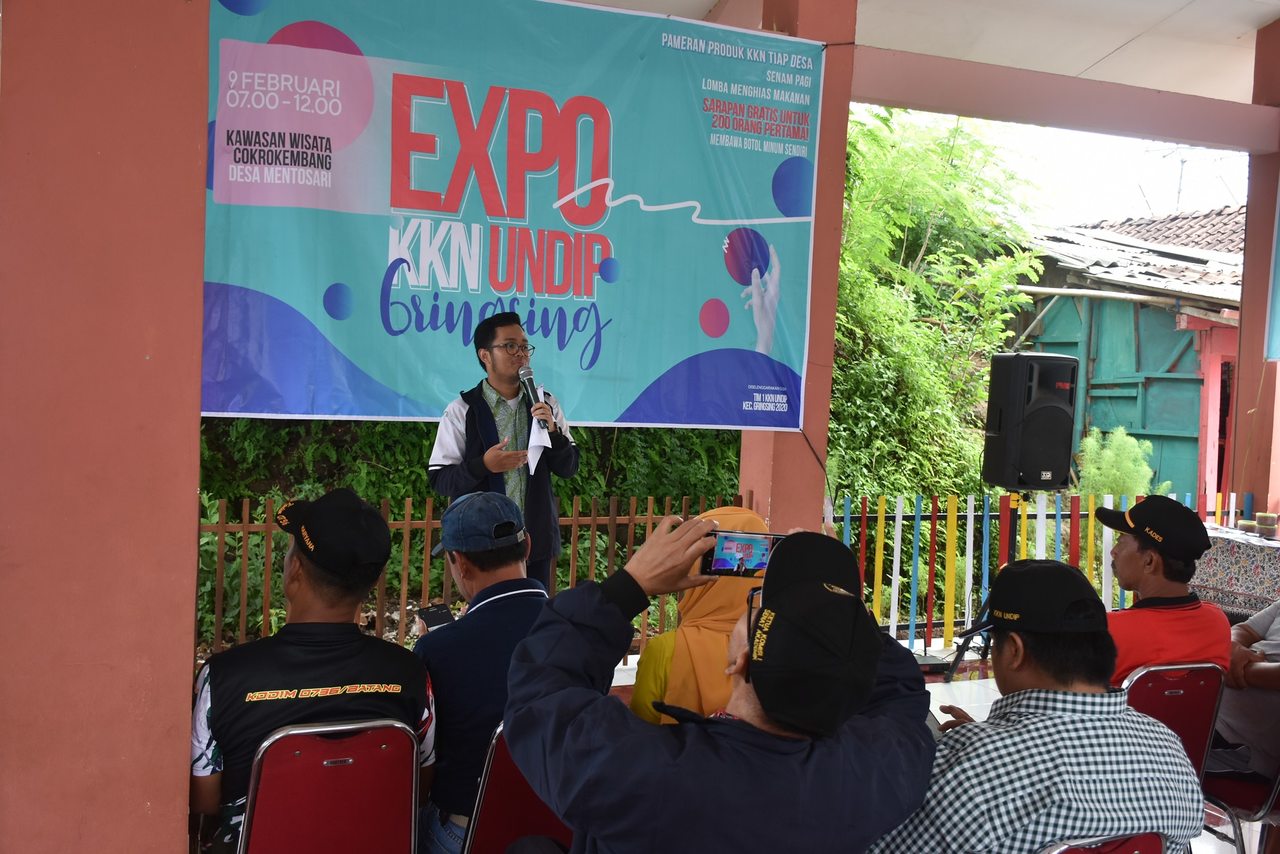 The Master Plan is the framework of all building and infrastructure development plans in a certain area or region. That was explained by one of the coordinators of the Undip Community Service Team I Batang Regency. The Master Plan contains about all of the comprehensive and integrated development plans on the tourist attraction in Jodo Beach, Batang, on Sunday (9/2) located in the Cokrokembang Tourism area, Mentosari Village, Batang Regency. The Community Service Expo was attended by Student Director Dr. Handoyo, Head Commission of Academic Senate, Batang Bappeda Representatives, Secretary of the Gringsing Sub-district, and 60 Students of Team I Undip Community Service in Batang regency.

The student coordinator of Community Service M. Yusuf said that this long-term plan simplifies the process of policymaking in maintaining a balance between protection and conservation as well as environmental growth and development. The information contained in the master plan was intended as a decision guide which is in public and private scope. The scope will be used for landscape utilization (land, water, air) and public infrastructure provision. There was also an adjustment of a masterplan from the character of the location and its adaptive nature and the responsible usage of its resources.

In his speech, the Student Director Undip Dr. Handoyo said that the Undip Community Service students had received debriefing in collage which could be applied directly in the local community.

“Community Service is one of the Three Pillars of Higher Education which is hoped that their knowledge will be applied for the locals to encourage developments through the useful programs,” said Handoyo.

The Sub-district secretary of Gringsing, Suratno MM, welcomed the students who do the community service in Cokrokembang Tourism Area, Batang Regency. Suratno appreciated the Community Service Expo and hoped that the program will encourage the human resources in Gringsing sub-district through the programs that have been prepared by the students and will continue in developing the locals’ economy.

“I hope that this masterplan program in Jodo Beach will get more attention from Batang Government so that it will later be a beach tourist destination in Batang regency,” hoped Suratno.