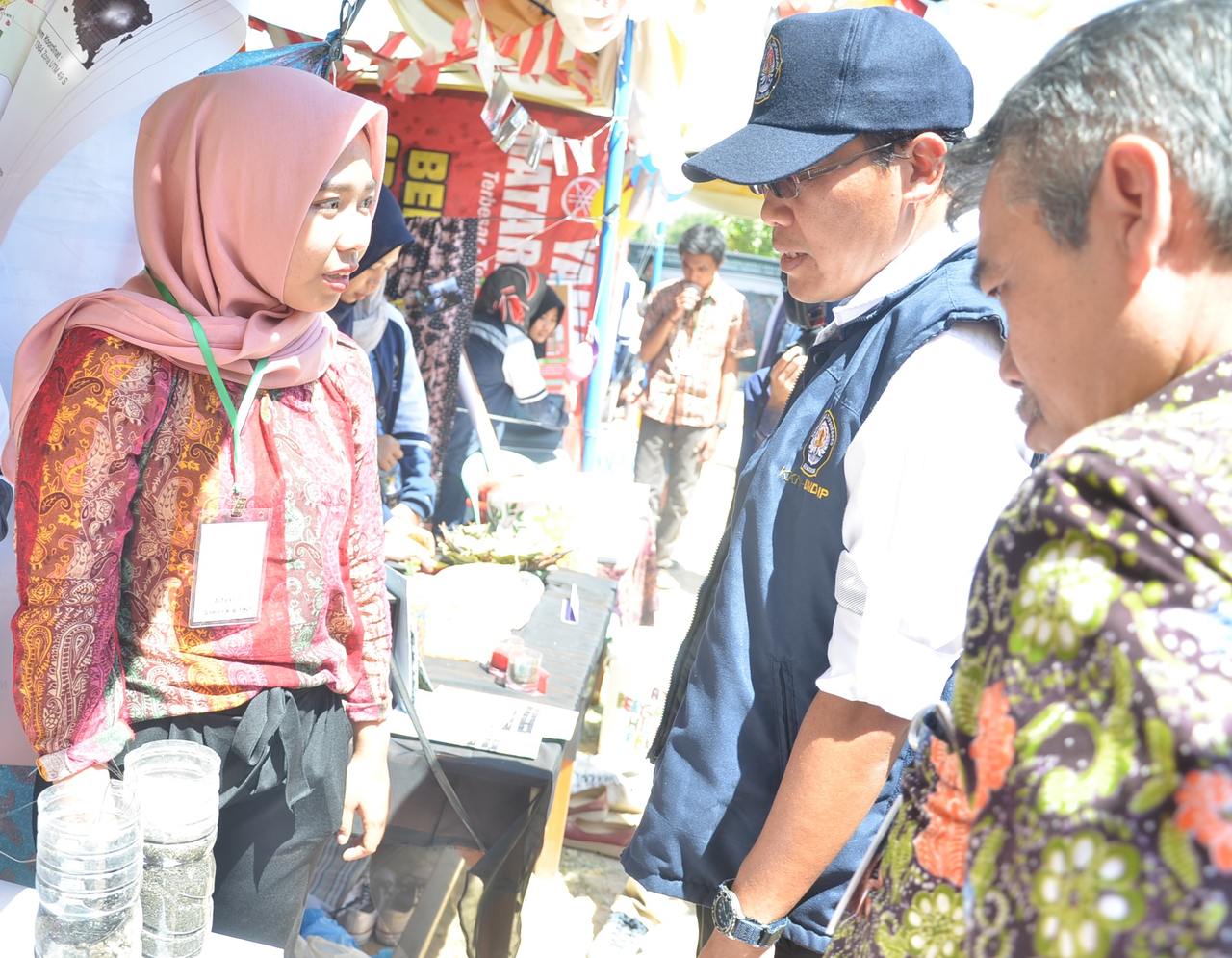 “One of programs carried out by students joined in CSP (Community Service Program) in Karas Village, Sedan District, is a training for the local community to be citizen journalism, so that villagers can write information and news especially on their local potentials, such as culinary, and then (they can) upload it on social media,” Dinda Rahmasari, a student joined in Undip’s CSP in Karas Village, Sedan District, said while she was participating in an expo of  Undip’s CSP Team II in Rembang Regency, at Lodan Village Hall, Sarang District (August 15, 2018).

“Fortunately, Karas Village has a Facebook account. So, our team helps (the villagers) to use the account. It’s not only for internal purposes but also as a medium or means to develop and promote the village. Then, we train them to make some articles and videos. Essentially, citizen journalism is an activity of active participation by citizens from collecting to disseminating information and news,” she added. According to Dinda, with facilities and capabilitied of camera on smartphone,  citizens can indirectly become journalists as they provide information for people who read it.

“The Karas villagers are very enthusiastic for taking part in writing and video making training as they think it is an additional knowledge and the knowledge is for advancing the village. With the habit of writing, of course, it also increases creativity, critical and active attitude. Writing is also a medium of communication to convey, disseminate and invite others for thinking and developing,” she concluded.*