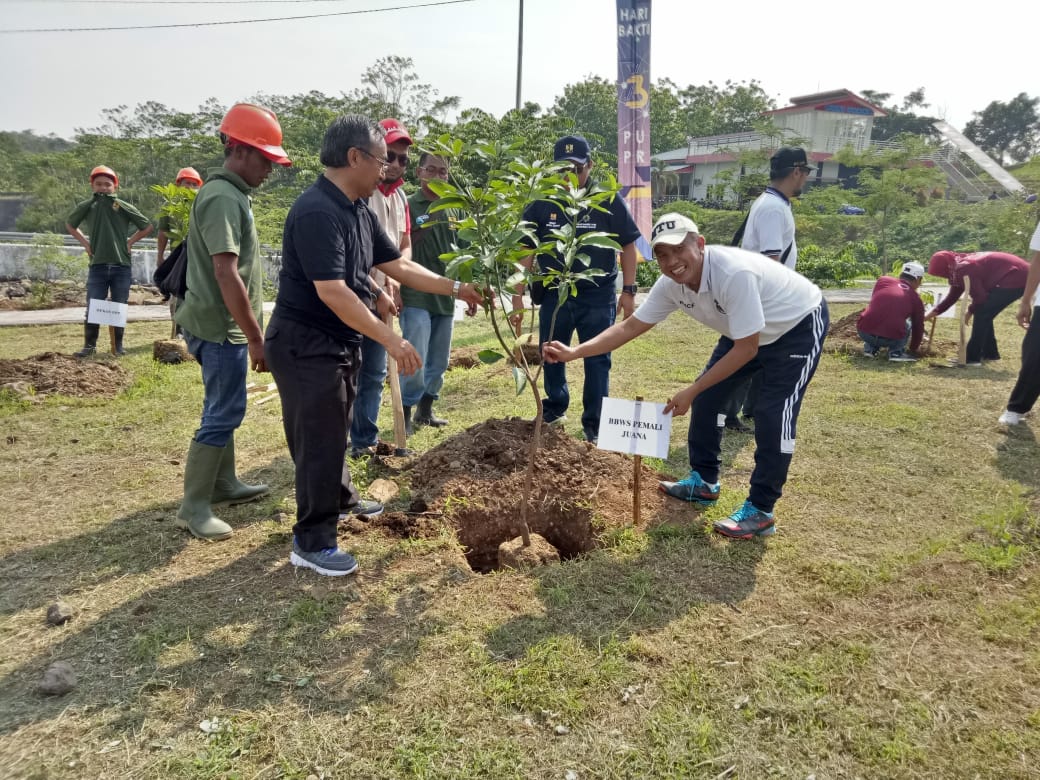 Representing Undip Rector, Dean of Faculty of Engineering Ir. M. Agung Wibowo, MM., M.Sc., Ph.D. said that, “The event is a routine activity of Undip and Ministry of Public Works for providing more real education of the Diponegoro Education Reservoir.” Furthermore, it was said that, “The Diponegoro Education Reservoir is one of the scientific support laboratories, where Undip opened a Dam Master program for all Ministry of Public Works staff throughout Indonesia who study about dam operations. It is also very strategic to support the Undip’s greenmetric ranking that  has been in the top six. “Besides that, undergraduates students can see it as a real form and benefits of reservoir or dam, not only a theory,” he said.

Meanwhile, representing the Municipal Government of Semarang, Dr. Soedjono, M.Sc. (Head of Development Section of Semarang Regional Secretariat Office) said, “The Undip Education Reservoir is a well-known reservoir in Semarang besides the Jatibarang reservoir in Gunungpati/Mijen sub-district which functions to control floods. Diponegoro Education Reservoir or the better known Undip Reservoir is expected  to innovate continuously to provide added value and its benefits, especially for the surrounding community.”

Ir. Ruhban Ruzziyatno, MT who served as Head of Pemali Juana  Rivers Regional Office at Directorate General of Water Resources of Ministry of Public Works said, “The dam or reservoir could be used continuously for supporting education, scientific activities and other benefits to public, and especially to the surrounding community.” He also said that the activities, which coincided with the Ministry of Public Works’ Bhakti Day, included cleaning water hyacinths, planting 5000 trees and  collaborating with master Program of Dam that supports the science of and usefulness of the reservoir.

The Diponegoro education Reservoir is a grant from the Directorate General of Water Resources of Ministry of Public Works, which is built in the Undip Tembalang campus area in 2013, has a catchment area of ​​10.24 square kilometers, has a depth of around 15 meters and can accommodate  up to 13,500 cubic meters of waters.

In line with the thoughts, Chairperson of the Organizing Committee for the event, Dr. Ir. Sriyana MS said, “This activity is a real role of Diponegoro University in realizing a national program, namely saving water. Reservoirs as flood control can also be used to support education. Therefore, preservation and function of the reservoir must be taken into consideration.”(Utami-Humas)