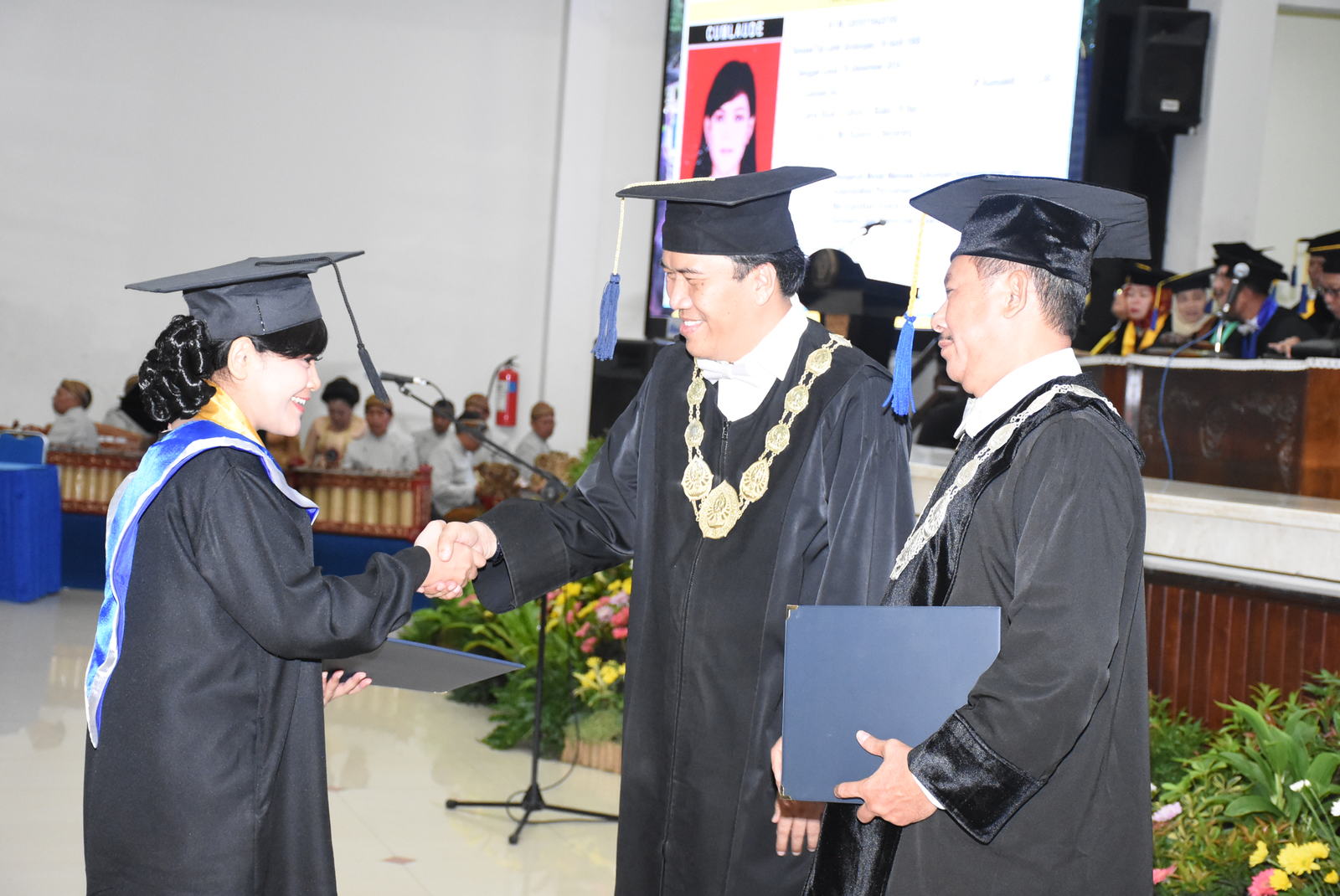 The Challenge of the 4th Industrial Age. The Rector reminded the graduates that they should not be quickly satisfied with the achievement of academic degrees because there are still many challenges that must be faced in the future.

According to him, at this time the graduates will face the 4th stage of the industrial revolution which is marked by many advanced things such as internet, robotic workers, artificial intelligence, Big Data followed by symptoms of disruption, citizen views from being citizens to netizens.

The change is a certain. There aren’t many choices for us. Try to change or lose. This is the time for us to change, and this change must begin with ourselves right away and even from the smallest thing.