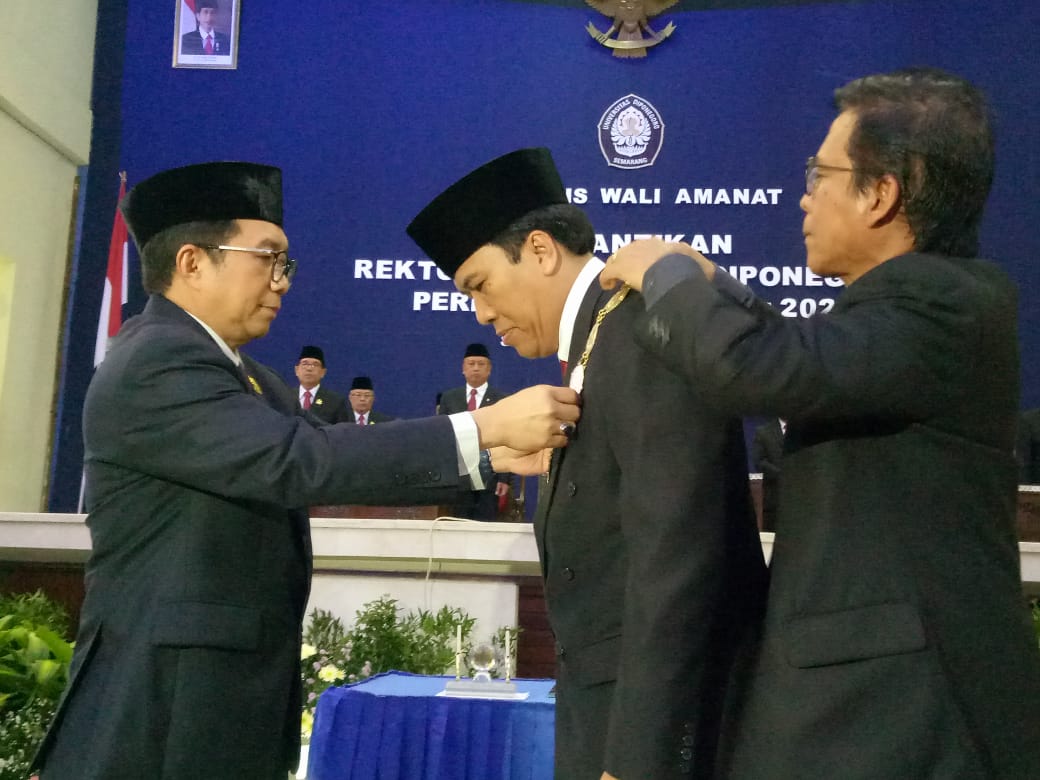 Undip Rector candidate Prof. Yos Johan Utama, explained the work program for 2019-2024 in Prof. Building. Soedarto, SH Undip, Tembalang.The presentation from the Rector candidate is a series of the process of selecting the Undip Rector held by the Board of Trustees (MWA). The Chairperson of the Rector Election Committee, Prof. Dr. Ir. Bambang Pramudono said that since Undip carries a status of PTNBH, the Rector election was conducted by the MWA, and the exposure of the Rector candidates was a series of these activities.”So the exposure of the prospective rector is a series of rector election activities that have been held since October 2018, or 5 months before the rector’s term ends.The aim of this is to find the best rector candidates to lead Undip as a world class university, “said Prof. Bambang who is also a Professor of Chemical Engineering, Undip.

The exposure activity of the candidates of Rector with the headline “Undip to Become the World’s 500 Best Global Universities” was attended by the Governor of Central Java,Ganjar Pranowo, Undip Academic Senate, the Expert Staffs of Ministry of Research and Technology, and alumnis.In his speech, the Governor of Central Java,Ganjar Pranowo, congratulated Undip for achieving tremendous progress in its academic growth as a state university of  legal entity.

According to him, Undip, which is currently a partner of the government, will definitely contribute greatly to Indonesia, especially Central Java.”I really hope that the innovations that have been created by Undip will be able to put in use to solve the problem in Central Java, especially in areas that still require the presence of new technologies to solve problems that exist in Central Java,” said the Governor of Central Java.

Meanwhile, the Rector candidate, Prof. Yos Johan Utama, SH. MH, (who is currently still serving as a Rector), in his single presentation stated that Undip is currently ranked 5th for the National Universities rank, which previously were not even inside the top 10. This achievement cannot be separated from the hard work of all structural and functional officials. Some of its programs includes Undip which must have an independent and capable character in all aspects of education, including the acceleration of doctoral programs and professors.

Prof. Yos explained that in order to reach 500 major world rankings, all regulations must be improved in all aspects including human resources, facilities and infrastructure, financial systems, bureaucratic governance, information systems, downstream for research result, and the addition of the number of doctors and professors. An upgrade or change on the obsolete laboratory equipment are also necessary. “The future challenges will certainly be more severe, but we will continue to improve the achievements of scientific publications in line with the demands of research universities, both internal achievements and community service achievements” said the former Dean of Faculty of Law. (Humas)