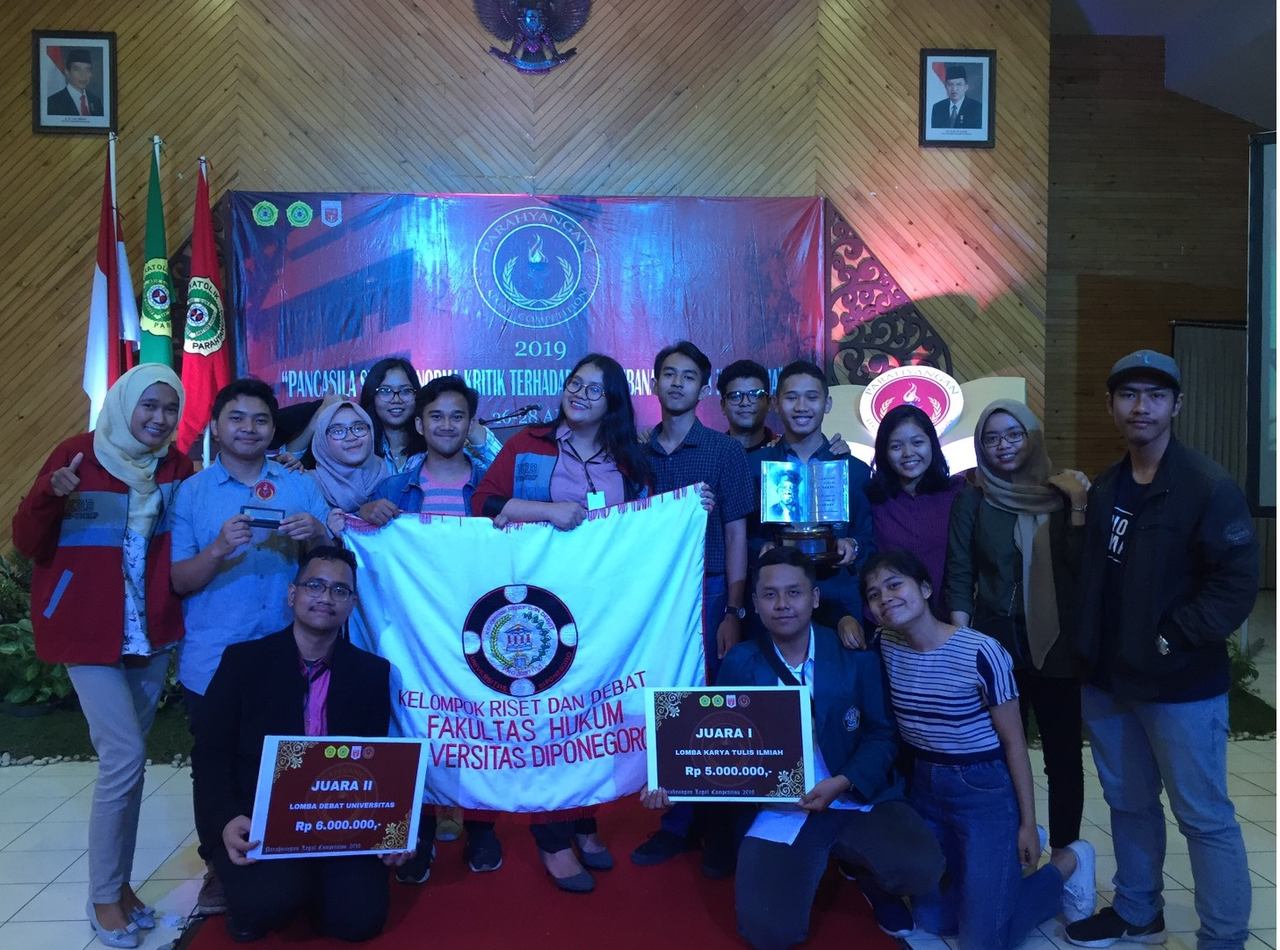 Faculty of Law of Diponegoro University have sent a delegation to the National Scientific and Debate Writing Competition to take part in the 2019 Parahyangan Legal Competition held by Parahyangan University in Bandung, West Java.

Next, the UNDIP National Debate Debate delegation that have successfully won the 2nd place was represented by:

The competition was held on 26 to 28 April 2019 under the coordination of the UKM-F Research and Debate Group.