CBT in UNDIP: Participants are prohibited from carrying cellphones in the Test Room 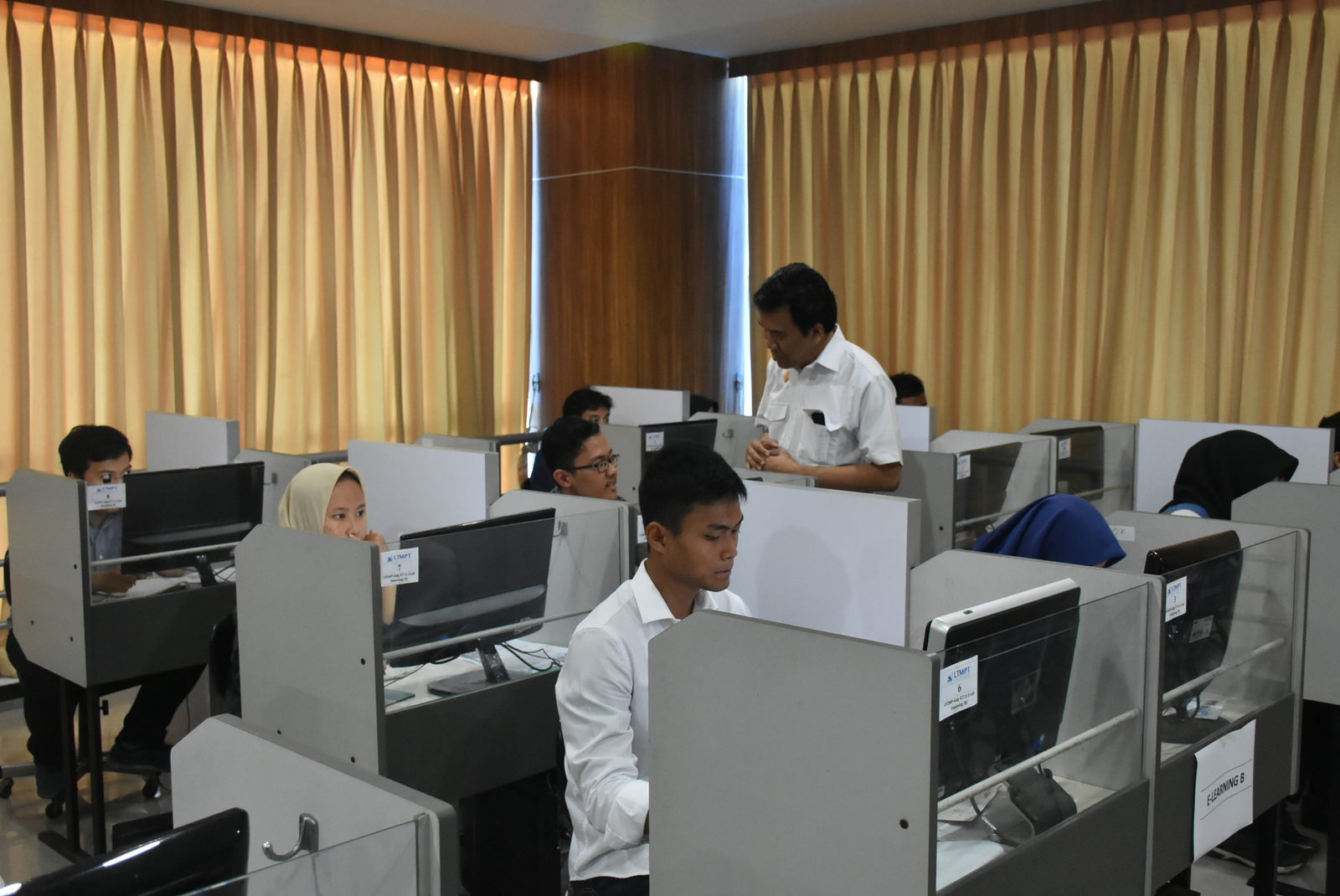 The implementation of the Computer Based Test (CBT) at Universitas Diponegoro in the morning and afternoon hours of the first day, Saturday (12/4), was running smoothly. At least this is evident from the readiness of the CBT executive committee in UNDIP and none of the participants arrive late when the exam begins. The CBT test room which is occupied by 20 to 40 participants is practically full and only 2-3 seats are empty. From media observation, the road to the UNDIP Tembalang and Peleburan campuses was relatively smooth, not like last year’s SBMPTN test which caused severe traffic jam.

This year there were 39,603 participants who will take the test at UNDIP, which were divided into 21,739 Study Groups and 17,864 Social Sciences Groups. Unlike previous years involving several schools in Semarang, the implementation of CBT at UNDIP was held independently which was centered on several faculties located on the Tembalang campus and Peleburan campus. The implementation is also held every Saturday and Sunday for 22 sessions until later on May 26, 2019.

UNDIP’s Rector Prof. Dr. Yos Johan Utama, SH. M.Hum, who was contacted on the sidelines of monitoring, confirmed the atmosphere of order and the smooth running of CBT on the first day. Prof. Yos gave an appreciation to the committee which had prepared CBT, including services for disabled participants. “We provide 1.850 computers and several backup units to serve participants. And we conduct it independently so we can directly monitor and monitor the CBT in full,” he said. This readiness is also related to full anticipation of the possibility of jockeys trying to infiltrate as test participants. “Hopefully, everything will be safe and smooth because the officers will fully supervise and detect the requirements and identity of the participants in layers. “Do not believe in people who can help working on the problem, because the questions, every day and each session, will be different in form and type,” explained the professor of state administration law.

Meanwhile, according to Aji Pratama, CBT participants on Saturday morning session which joined the SBMPTN last year also said that the CBT model was easier and more convenient because each question are timed so participants could allocate time to answer questions. “About the questions, I think it’s easier than last year, and the time is good on the computer so that I know how many minutes it takes to work on each question,” said one student at a public university in Semarang.

In contrast to Adji who was ready with the implementation of the test, Agung from SMA 1 Jepara and Devi from Weleri 1 High School expressed what they are worried about. They felt nervous, because they had just joined the state university entrance test for the first time. So far, they have only relied on understanding lessons from their teachers, so they have not yet learned about the different types of CBT questions from last year’s SBMPTN. “This is my first time taking the test, so it’s a bit of a worry,” he explained innocently, while waiting for the UTBK test entry schedule. (ND Public Relations)