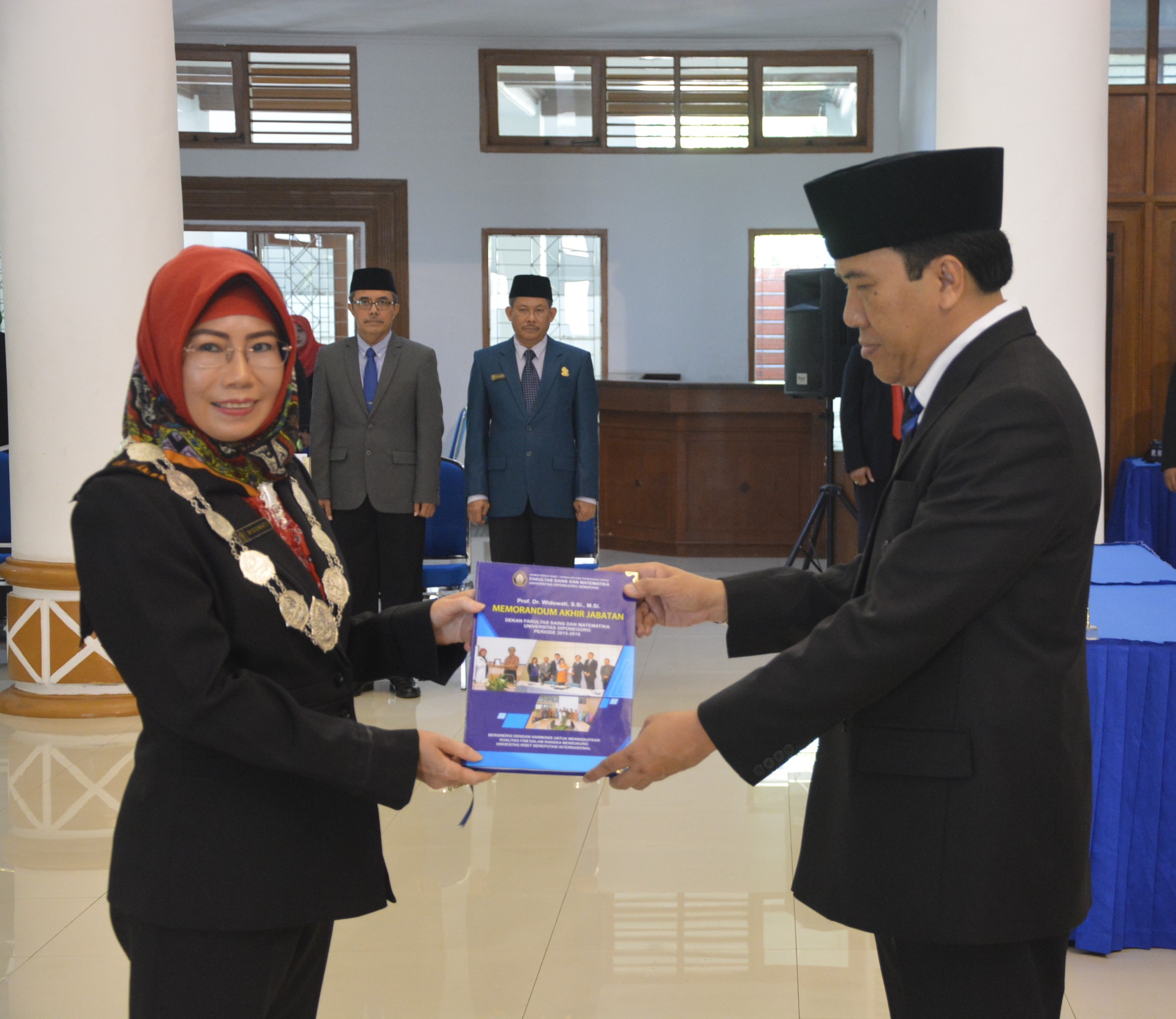 “I congratulate the officials who have been appointed today, the position is a mandate that will later be billed in the hereafter. For that, let’s work well so that we can create a university that is blessed,” he said.

“A leader must be a good example, a role model. Work honestly, fairly and consistently. For the dean of FSM, a big task has been awaiting namely to make the faculty of science and mathematics more powerful and more prosperous. Take care of the lecture process so that students are comfortable in seeking knowledge “.