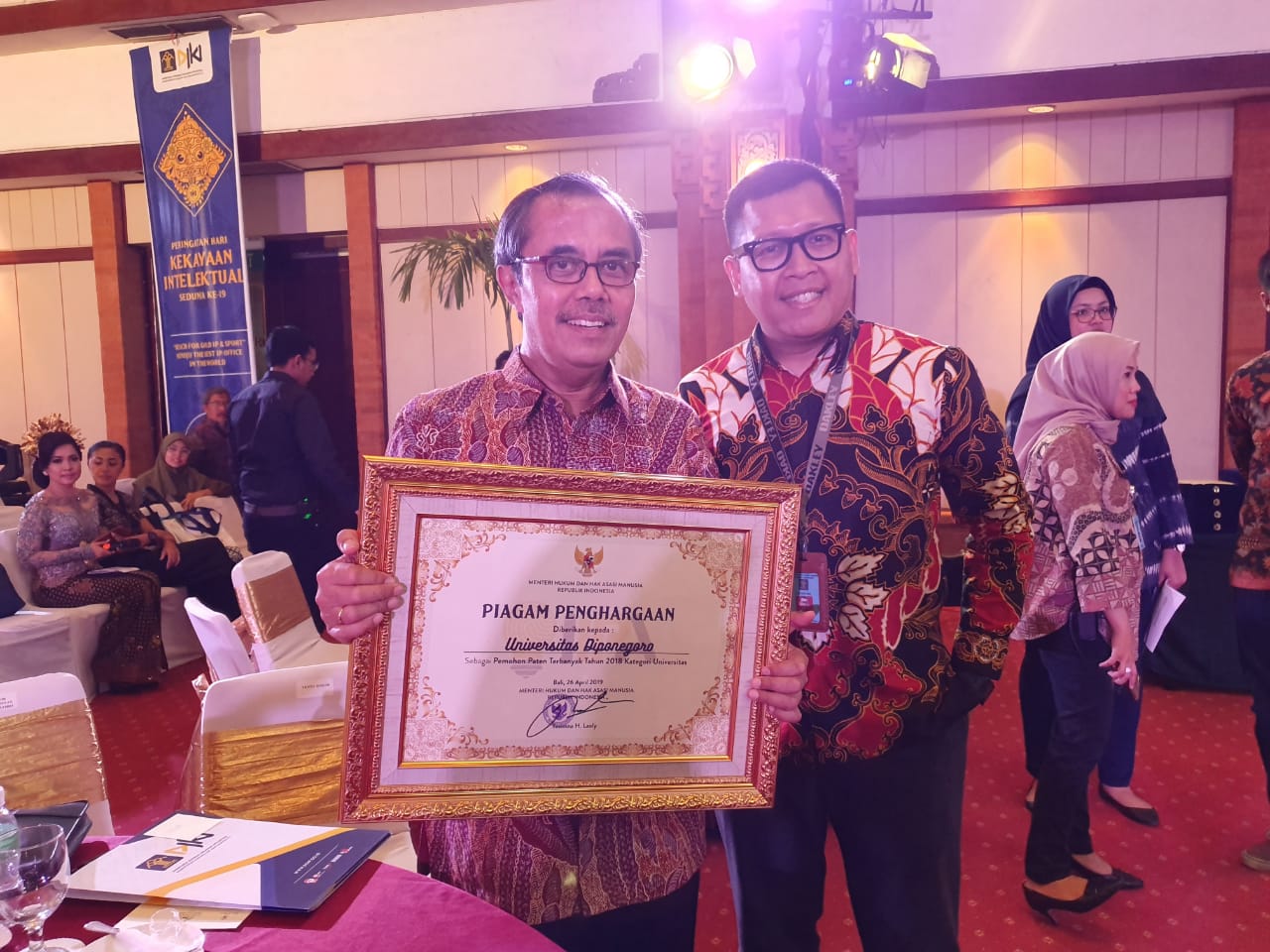 The Minister of Law and Human Rights (Menkumham) awarded Universitas Diponegoro (UNDIP) as the university that issued the most Patent Rights in 2018. The award was delivered directly by Menkumham, Yasonna H Laoly to Undip represented by the Vice Rector for Innovation and Cooperation, Prof. Dr. Ir. Ambariyanto, MSc., During the Working Meeting of the Directorate General of Intellectual Property of Kemenkumham in Denpasar Bali, Friday (26/4) some time ago. In 2018 UNDIP submitted 99 applications for patent rights. In sequence, below UNDIP there are University of Indonesia (88); Surabaya State University (78); Andalas University (67) and Brawijaya University (58).

According to Prof. Ambariyanto, in the work meeting the top 10 announced the highest number of patent applicants and only UNDIP were invited to receive the award. “It’s an honor for UNDIP who was specially invited by the Minister. He also gave a special message to UNDIP through me to continue to improve the performance of innovation through patents and down streaming and commercialization of patents through cooperation with the private sector and industry,” he said.

For this achievement Prof. Ambariyanto who represented UNDIP leaders expressed his gratitude for the work and performance of the research lecturers and students, who have dedicated themselves as inventors and innovators who have produced many patent proposals. In the future it is hoped that more and more patent rights will be created and proposed, especially the commercialization stage of patents. “We will strive to facilitate the process through cooperation with the private sector and industry, as ordered by the minister,” said Professor of Fisheries and Marine Sciences Undip. (ND-PR)