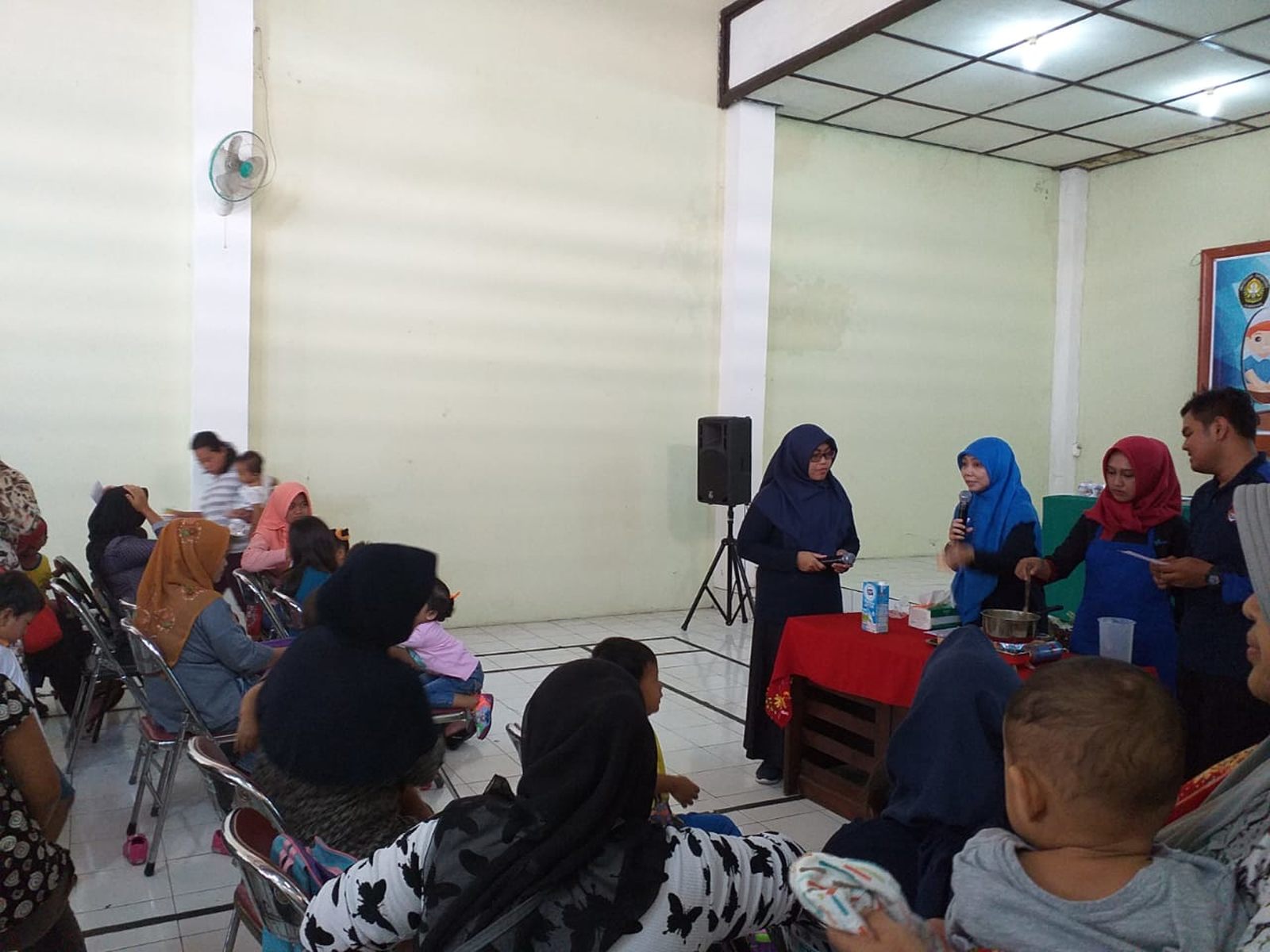 Diponegoro National Hospital conducted nutritional counseling for children under five at Tembalang Village Hall on Wednesday (6/2). The event was held from 8:15 a.m. to 10:00 a.m. which was attended by the public who took part in Posyandu activities every month at the Tembalang Village Hall. It is hoped that with this activity the community will be more aware of characteristics of toddlers who begin to become obese so they can prevent it as early as possible.

Many cases of obesity in children are unknown to families, especially mothers. The public’s view of obese toddlers tend to look at it as something cute, and it is not right because it is related to the many risks that might arise due to obesity.

The enthusiasm of the mothers of the Posyandu and their cadres can be seen from the many questions related to overcoming obesity and how to make snacks for toddlers. Pudding and green bean juice were given away for the Posyandu participants.