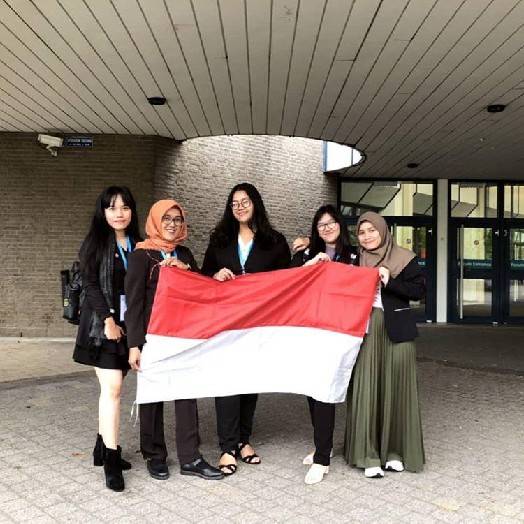 The Delegation of the Faculty of  Law  UNDIP took part in an International competition at the United Nations meeting, the Euro Model United Nations (EuroMUN) held in Maastricht, the Netherlands on May 2-5 2019.

In this competition, the Delegation of the Faculty of Law represented Undip on behalf of: 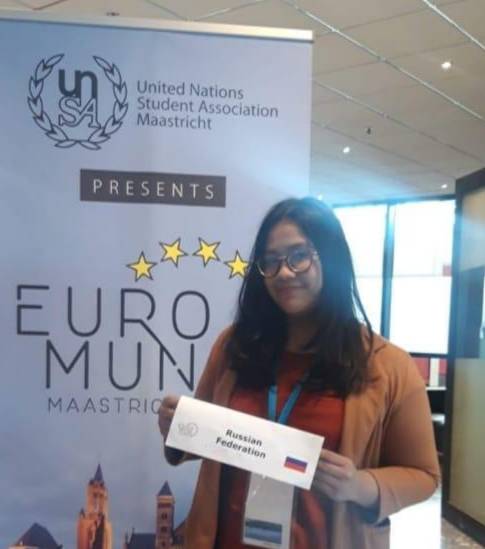 For information, EuroMUN is the largest and most prestigious Model United Nations (MUN) conference in Continental Europe, attended by more than 500 delegates, and works under the protection of the European Parliament. This year EuroMUN takes the theme “Exploring the European Idea” which refers to the important role of Europe in contributing innovative ideas that are important for the development of social standards in the future.

In this EuroMun, Diponegoro University delegates competed with different councils. One of them, Dinda Putri Mulia, represented Russia in the International Atomic and Energy Association (IAEA).

Delegation from the Faculty of Law in EuroMUN namely sister Dinda Putri Mulia won a proud achievement, namely the winner of the Verbal Commendation at the International Atomic and Energy Association (IAEA).

“As a student who is accustomed to plunging into competitions that are engaged in legal science issues, participating in the EuroMUN competition provides different perspectives but experiences that are not less valuable than the competitions in law. Of course I am a form of my efforts as a student concentrating on international law and also the form of my service as a Law Faculty student, “said Dinda.

Dinda also invited all Diponegoro University students, especially the Law Faculty of UNDIP to participate in activities organized by the “Diponegoro MUN Society” in order to help diplomacy and establish good relations with other countries in providing innovations for the development of standards at international level. (RAHANDY/FH)