Rector: It Needs Attention, Integrity, Passion, and Responsibility to Carry on Each Tasks 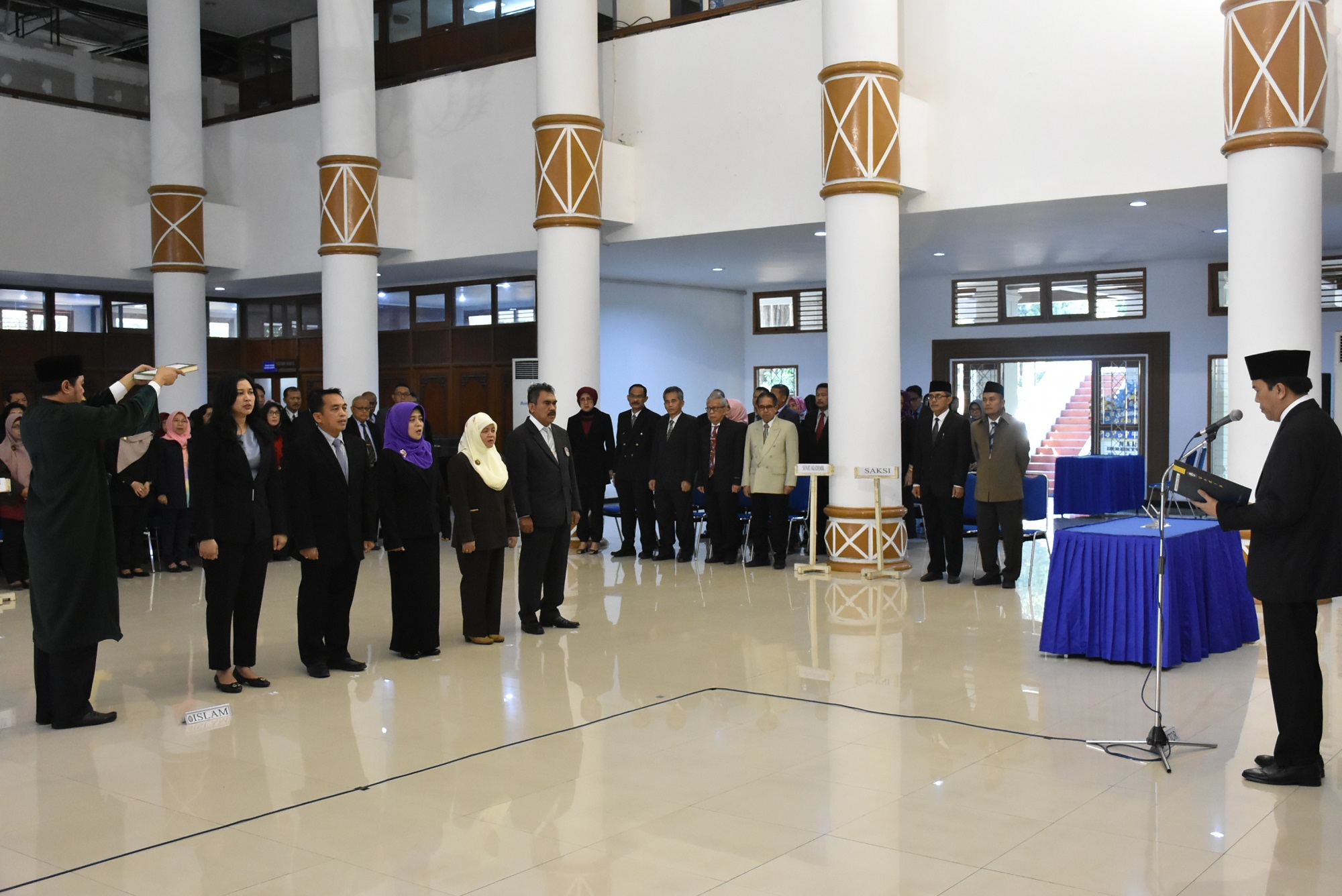 Just now the Rector inaugurated the Dean of the Undip Faculty of Psychology along with 4 other Officials to serve a duty of Deputy Dean, Head of the Study Program, and Secretary of the Study Program at the SA-MWA Building Hall, Undip Tembalang campus (Tuesday, 2/7).

The event was attended by Diponegoro University’s officials. In his remarks, the Rector of Diponegoro University, Prof. Dr. Yos Johan Utama, SH., M. Hum., said that in the oath of office that was pronounced contained responsibility, not only our responsibility to self and institution, but accountability to God. Furthermore, he conveyed, “The task that will be carried out is expected to be a good deed for us by serving this country”. He also added, “Please keep and honor the good name of Undip, considering that Undip is one of the best universities in Indonesia and at the same time becoming a World Class University”.

He also said that in order to maintain the reputation and to improve the performance, Undip implemented reward and punishment system. “This is necessary to improve work morale, attention, integrity and full responsibility to carry out the given tasks as well as possible,” said Prof. Yos.

For that reason, the Rector congratulated the previous officials who had served and carried out their duties well. Furthermore, new officials are also congratulated for carrying new assignments with enthusiasm and responsibility.

The officials appointed were the Dean of the Faculty of Psychology namely Dian Ratna Sawitri, S.Psi., M.Sc., Ph.D and 4 other officials namely Prof. Dr. Hadiyanto, ST., M.Sc. appointed as Deputy of the Graduate School Academic and Student Dean. Dr. Heni Rizqiati, S.Pt., M.Sc whom have been inaugurated as the Head of Undip’s FPP Food Technology Study Program,Yuliani Rahmah, S.pd., M. Hum. as Secretary of the S1 Study Program in Japanese Language and Culture, Dr.Ir.JakaWindarta, MT. serving as the Head of the Energy Master Study Program. (Ut-Humas)