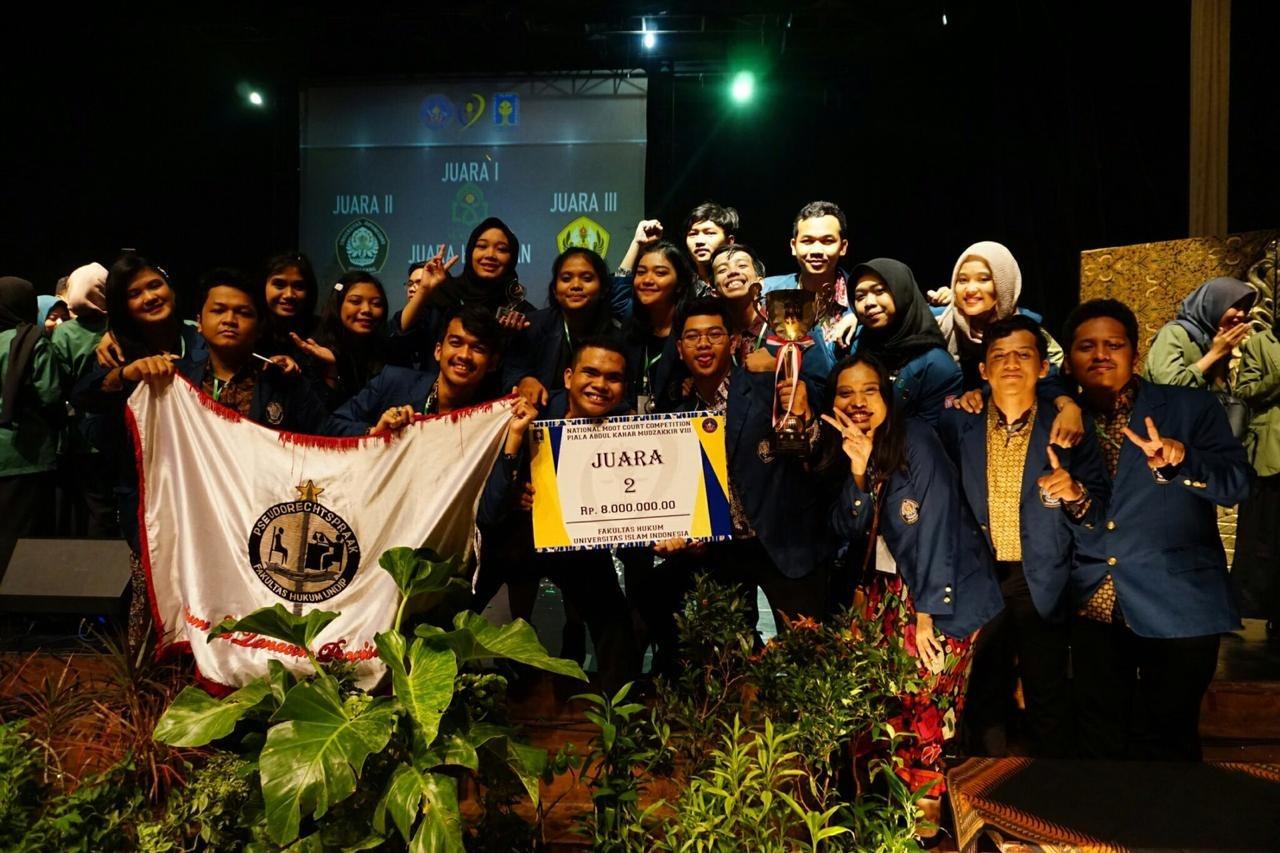 In this competition Undip Faculty of Law delegates were represented by:

“National level pseudo – judicial competition is a very exciting competition! We law faculty students are challenged to simulate the trial like practitioners at the trial. In addition to adding experience, this competition certainly makes us develop ourselves in speaking skills and skills. Hopefully in the future, Faculty of Law UNDIP  and its students can get more achievements in this competition. UNDIP goes to champion, UNDIP still the champion! “Mora said.

This achievement was presented to the Faculty of Law UNDIP , In order to get better  future achievements in the national pseudo judicial competition can continue to be achieved and can bring new superior seeds to bring the UNDIP Alma mater always to be at the forefront of national disciplines. Of course, the great hope for Undip law faculty students to be able to compete with delegates from other law faculties represented Undip’s law faculty to raise the Almamater and Panji Diponegoro. (Rahandy/FH)