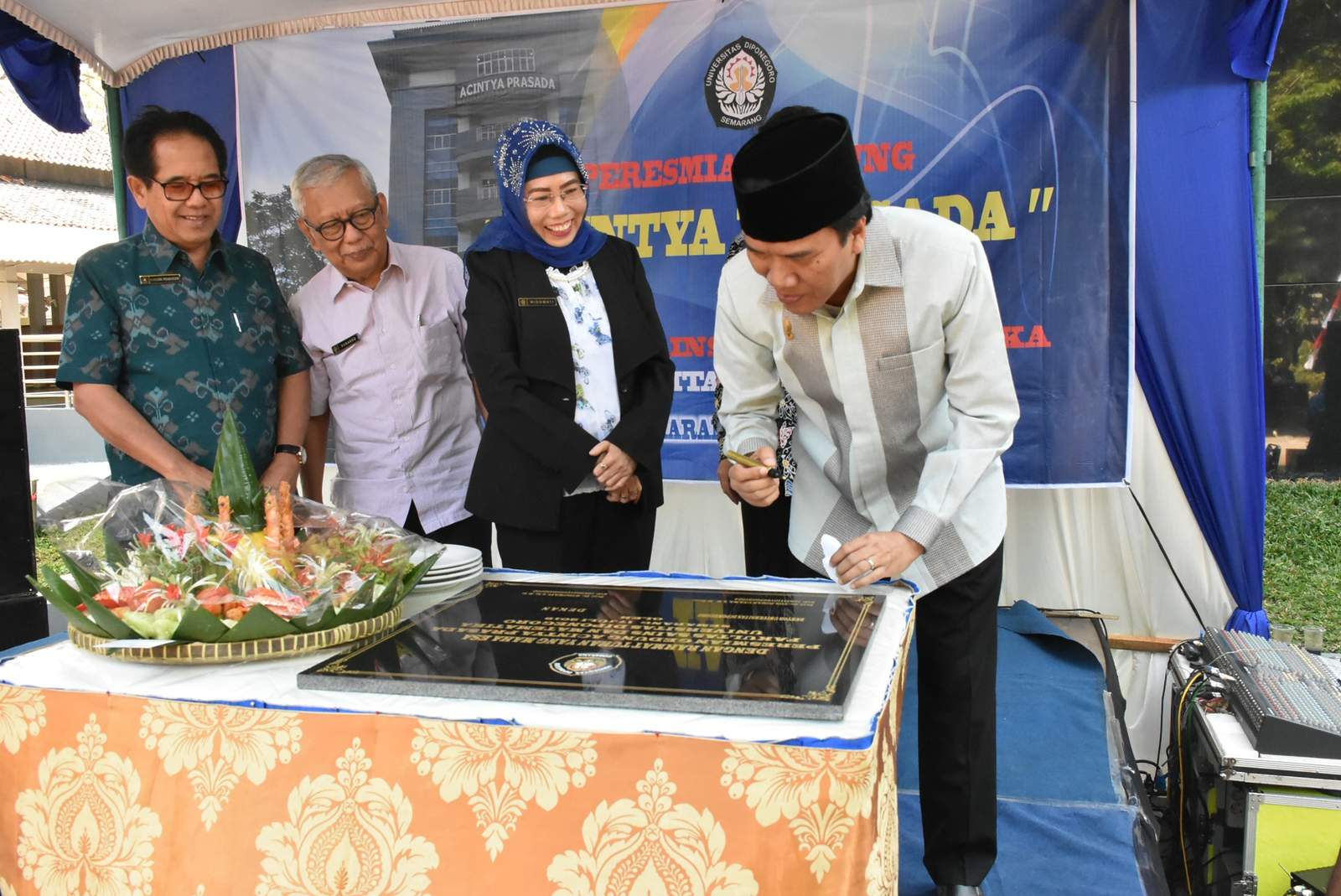 Wednesday (17/7), Diponegoro University (Undip) Semarang inaugurated a new infrastructure of a six-story building. The new building at the Undip Campus in Semarang, which is named Acintya Prasada, will be used for students of the Science and Mathematics Faculty (FSM) Masters and Doctoral Study Programs.

PPK FSM Representative, Baskoro Rochadi, said that the building, which was built on an area of 3600 square meters, was named Acintya Prasada with good quality and cost efficiency.

“This Acintya Prasada building began its construction in July 2018 and was completed on March 14, 2019 with a budget of 31 billion Rupiah for 270 days,” explained the PPK FSM Representative Ir. Baskoro Rochaddi, M.T.

Triggering the Improvement of Undip Resources

Meanwhile, the Undip Rector, Prof. Dr. Yos Johan Utama, S.H., M.Hum, said that the establishment of the FSM master and doctoral building could lead to an increase in Undip’s academic human resources.

The Rector is very supportive for the lecturers to further its study to S3 and supports the students who will conducting a research to foreign universities.

In addition, the Dean of the Undip FSM Prof. Dr. Widowati, S.Si., M.Sc. in her speech implicitly supported Prof. Yos Johan’s suggestion. Some of the facilities built will greatly support the improvement of Undip Human Resources.

She explained that the utilization of the new building will be mainly for the lectures of FSM graduate students supported by various facilities such as library, laboratories,and a future hall for the purpose of national or international seminar and a venue for doctoral examination which will be located in the 6th floor of the building.

The Dean also expressed his gratitude to all parties who have supported the construction of the AcintiaPrasada building in hope that the tridharma of higher education as a research university can be achieved.

The hope is that the building can support teaching and learning activities so that they can pursue the study innovatively, collaboratively, and especially understanding the knowledge to face the demands of the industrial revolution 4.0 and also achieving Undip’s commitment in providing teaching, post-graduate student services, research, and community service.