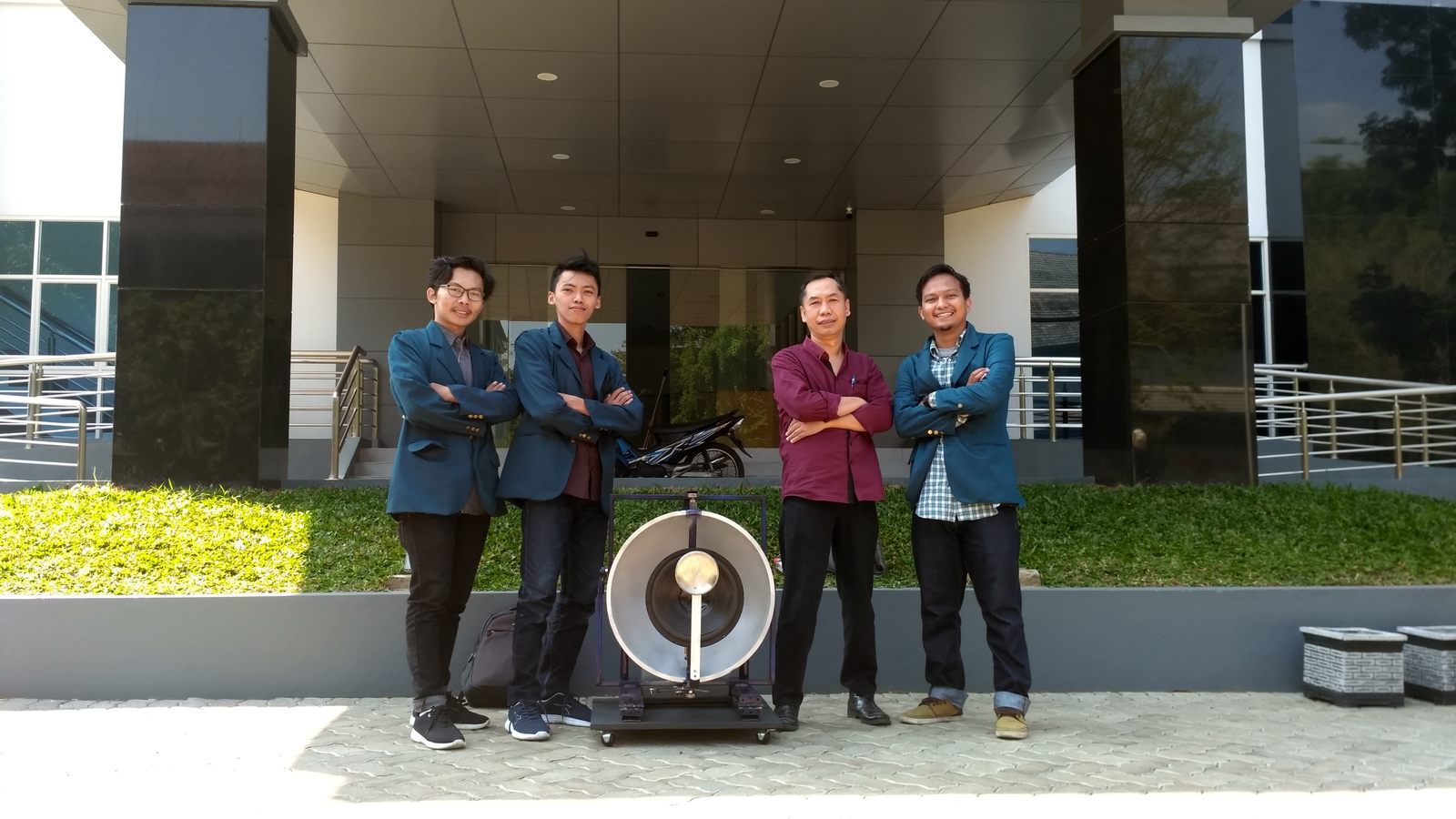 The Diponegoro University Student Team consisting of Rifki Rokhanudin as the leader, Ragil Adi Nugroho and Yudha Cindy Pratama as the members, have successfully made a breakthrough utility device to convert noise at the airport into electrical energy which was named Sinting (Sound Energy Harvesting).

Up to this date, the noise at the airport has not been utilized and left wasted. Because of this, the three students designed a utility through a research grant from theKarsaCipta Student Creativity Program,

This device is designed to work using the principle of electromagnetic induction similar to microphone. The disadvantage of a normal microphone is that the influx is very small. Therefore, for the Sinting design, several additional technologies are embedded to strengthen the electric current produced.

The design process of “Sinting” device took approximately three months, carried out at the Electronics Physics Laboratory and Undip Instrumentation with the help of Dr. Chess Edi Widodo, M.T. It is expected that thisdevice can be developed on a scale of implementation and can be installed at several airports in Indonesia.