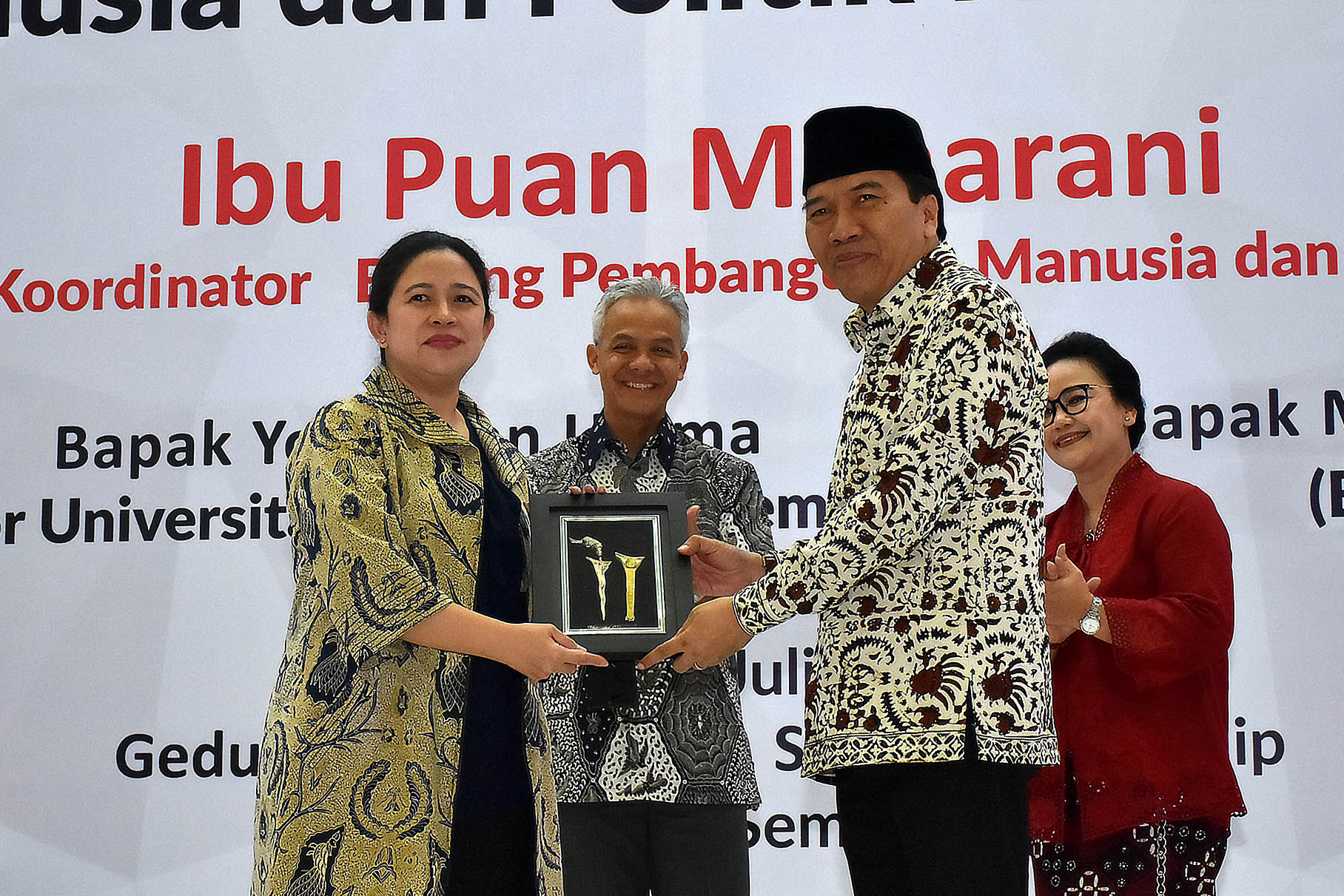 Coordinating Minister for Human Development and Culture (Coordinating Minister for PMK) Puan Maharani was the keynote speaker at the national seminar entitled ‘Human and Political Culture’ which was held at the Professor Soedarto Building Undip Tembalang campus, Friday (26/7) Morning. This seminar is part of the Undip IKA FIB work program. In addition to Puan Maharani, there was also present M. Sobary, a Humanist.

Coordinating Minister for PMK Puan Maharani argued that the Pancasila is the foundation of development in Indonesia. Development itself has a very broad meaning, including a construction in all fields both the state and the community in the direction of independence as in the opening of the 1945 State Constitution.

She emphasized that the need for expertise are very necessary. However, if it is not based from the heart, it will not be possible to reach the goal. This is what proves that we need nation and character building.

“Undip itself is the fortress of Pancasila, the University is also an educational institution that helps in developing the culture and strengthen the sense of unity” he said.