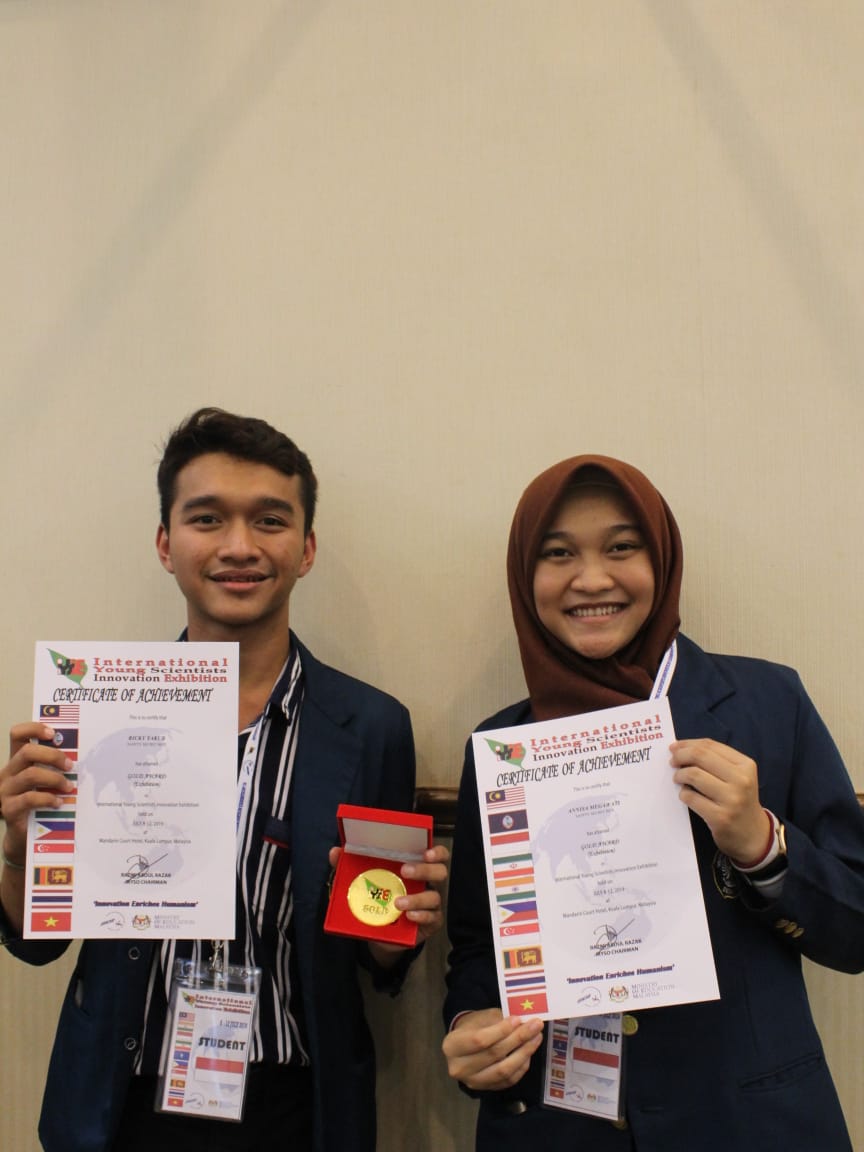 They have won the gold medal in the physic-engineering field through the innovation of the SSB (Safety Secret Box), which is an Innovation Box which can be used to store important files, money, jewelry and other items. SSB (Safety Secret Box) is a box made of steel that is used to store important files that are equipped with a microcontroller-based security system that can be tracked by GPS and equipped with a passcode and finger print security system. The inside of this box is equipped with a GPS. The box will always work to emit GPS signals under any conditions while still having power making the box to be visible for tracking through GPS via smartphone. This box is also equipped with a security system Passcode and Finger print sensor.

According to Annisa Megawati, she explained that the SSB (Safety Secret Box) was made with a background of how Indonesia is one of the countries that often experience earthquakes. According to data she found in 2018, there were 11,577 earthquakes, both tectonic and volcanic earthquakes. Many people lost its property from this natural event including the loss of important files which in the future may be useful for them to rebuild its life after the disasters. For instance, a health insurance, a file that related to student education, and so on. Without the data or identity of the documents, it will be difficult to find and take care of all the files that have been lost or damaged due to natural disasters, ” she said.

“With this Safety Secret Box, it is expected that in the future if there are some kind of emergency situation, the Indonesian people will not have to worry about losing and damaging important files such as birth certificates, land certificates, family cards and so on because all the files can be stored safely in the Safety Secret Box.

The event, which was held by the international institution (Malaysia Young Scientists Organization), was attended by 10 countries including Indonesia, Malaysia, Singapore, Guam, Vietnam, India, Thailand, Philippines, Sri Lanka, and Iran.

Annisa Megawati said that the 2019 IYSIE (International Young Scientists Innovation Exhibition) event was a forum to showcase potential and interesting discoveries and innovations from international inventors / innovators. This event was held to create a collaboration between inventors / organizations in Malaysia and the international world. This event was also the place to foster an interest in conducting a research for young innovators throughout the world. “The exhibition is grouped into 5 categories, which includes Environmental Science, Life Science, Computer Science, Mathematics and Physics-Engineering,” she concluded.