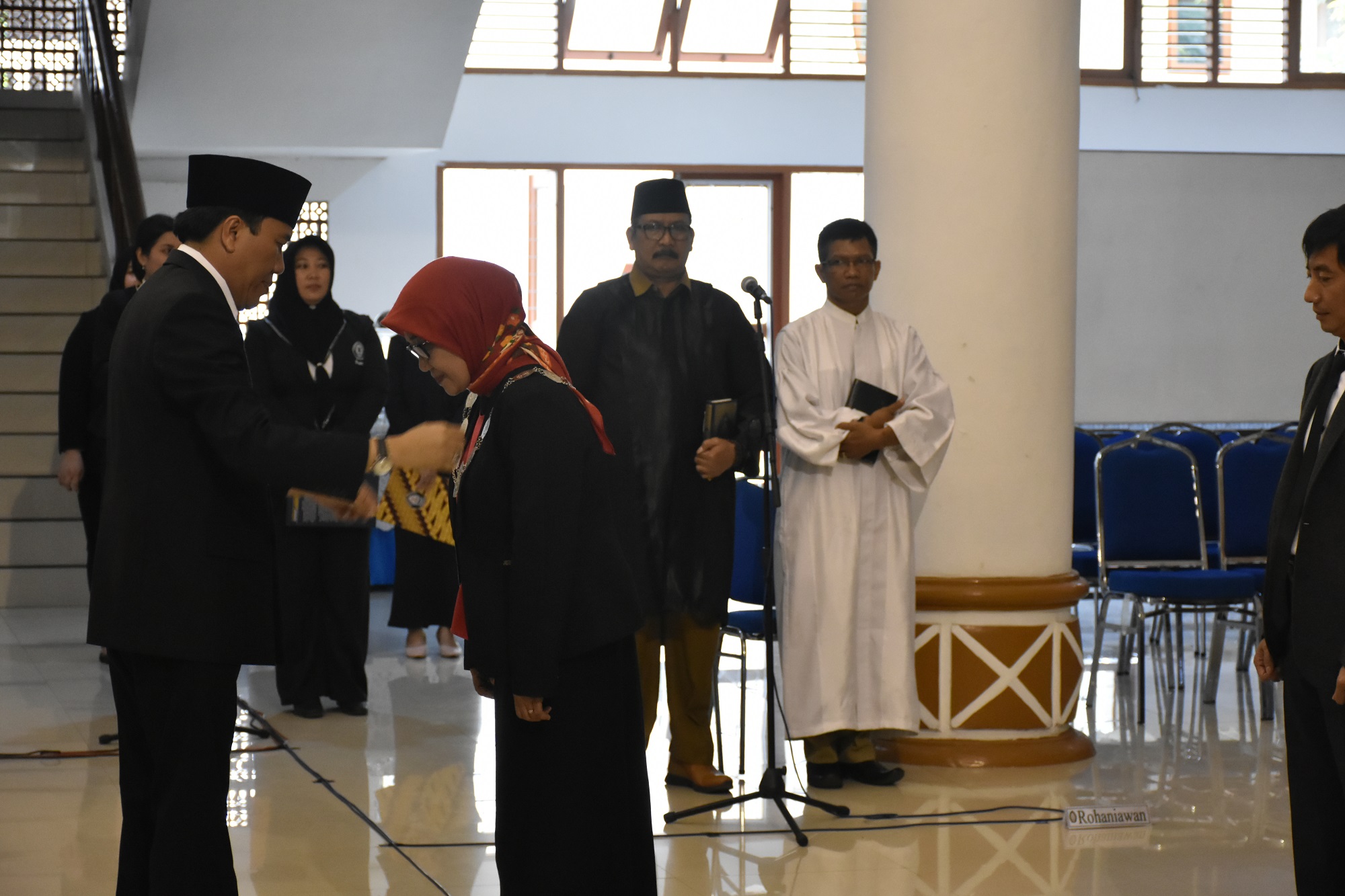 The inauguration procession was led directly by Undip Rector Prof.Yos Johan Utama. The event was also attended by the Vice Rector, the Deans, the Head of the Academic Senate, the Vice Head of MWA, the Institutions Heads and structural officials within Undip.

The Rector also thanked the past officials for all their dedication in working together to build Undip for the better.

“You are appointed under the oath with consequences not only in the world but also in the hereafter. For that reason, please work as straight as possible because Undip needs officials with integrity and honesty.”

On that occasion, the position of Head of the Institute for Research and Community Services which will be held by Dr. Jamari, S.T., M.T, deputy dean, head of study program, study program secretary, head of P2KKN, and support positions were inaugurated as well as well.