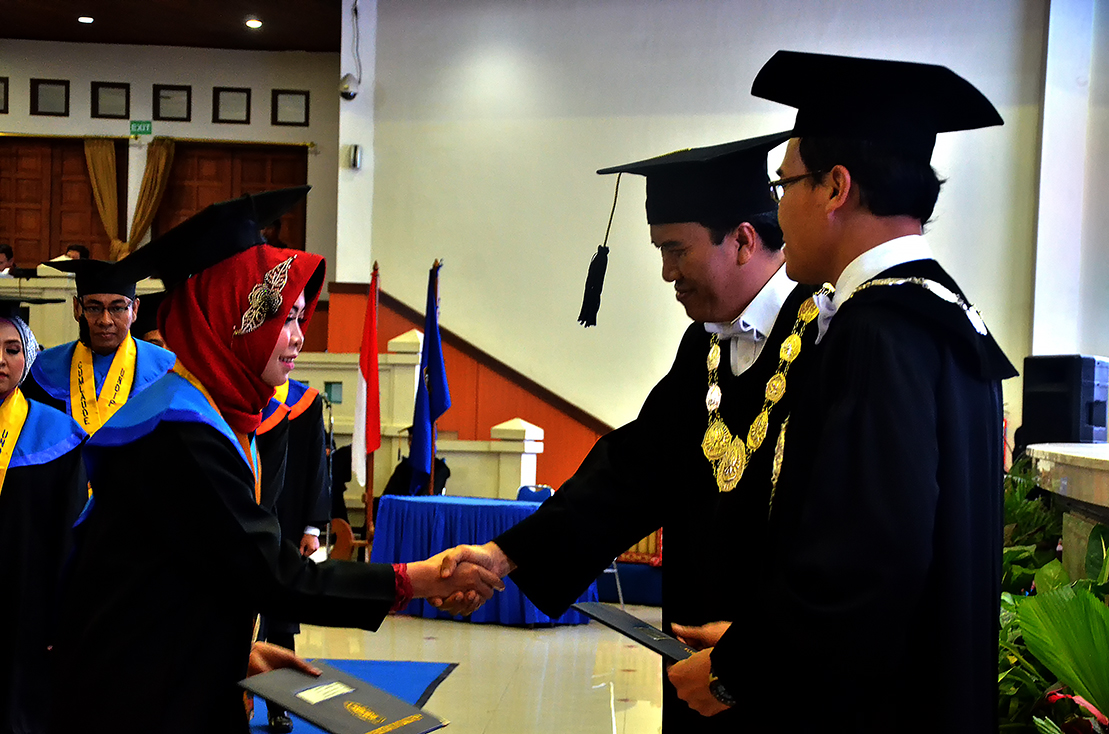 Undip Rector, Prof. Yos Johan Utama, said that this graduation ceremony have graduated 2679 people, consisting of 48 doctoral programs, 303 master programs, 37 specialist specialists, 82 professional professions, 1591 undergraduate programs and 618 diplomas, and a total of 1371 people or 51% of them achieved cumlaude results or graduated with honors, where the number have increased from the previous year.

In addition, Undip also graduated as many as 54 students under the bidikmisi scholarship.

“We all should be grateful for being the alumni of the 2nd best national university of PTNBH, and with many achievements in national and international levels,” said the Rector.

On this occasion the Rector hopes that the Undip graduates will become alumni who are Pancasilaans, religious, successful in the world and hereafter and are able to become role models for the next generation.

“Now, you, the graduates will face the 4th stage of the Industrial Revolution marked by many things; Internet of things, robotic workers, artificial intelligence, Big Data and followed by symptoms of disruption. The national perspective from citizen to netizen from nation to web nation. How to deal them is none other than facing change. Either Change or Lose “.

“A great nation is a nation that is supported by its scientific research. Thus, Undip tries to become responsive and harmonizes its vision of becoming an Excellent Research University. We believe that strong and powerful research alone will bring Indonesia to become a world-respected nation. Undip have prepared it all by increasing the amount of research funding allocation and improving the quality of the laboratory ” added the Dean. (ADE IRMA / RK / HUMAS).