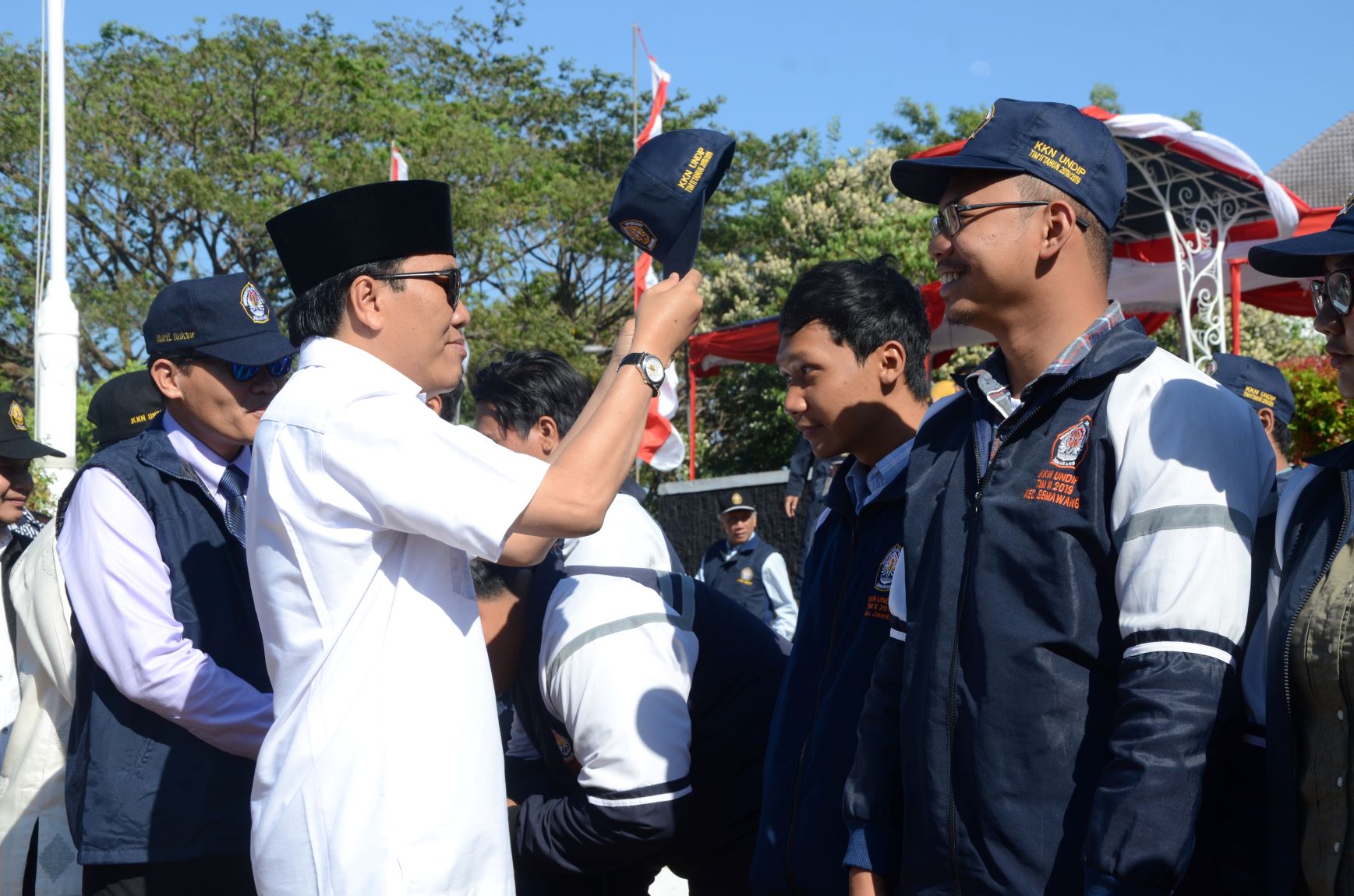 A total of 3,654 Students of Community Service Program Team II 2019 Diponegoro University were withdrawn from the KKN location. The KKN student re-admission ceremony was held at the Widya Puraya Field Undip, Tembalang, Wednesday (8/21).

The Undip Rector, Prof. Dr. Yos Johan Utama, S.H, M.Hum congratulated Undip KKN Team II students who were given health and safety until the withdrawal ceremony today. The Chancellor also hopes that with the completion of the Community Service Program, students can immediately finish their study period smoothly and can implement their scientific programs to help solving problems in the community. “I will be waiting for your return in October or January at the Prof. Soedarto building wearing toga uniform, “said the Rector.

The Head of Undip Community Service Center, Fahmi Arifan, ST, M.Eng, said that the 2019 KKN Team II activity was held for 44 days, starting from 8 July to 20 August 2019. The UNDIP KKN Team II distribution areas were spread into 10 districts, namely Rembang, Jepara, Pati, Grobogan, Temanggung, Semarang, Tegal, Batang, Pekalongan and Pemalang, “Regarding the results of the KKN Team II activity that were exhibited at EXPO, the products produced by students included the making of verticulture and toga parks, a soap made from coffee ingredients, a creation of videos and profiles of the villages, a training in making organic fertilizers, and designing water purification systems with activated carbon,” said the Head of Undip Community Service Center. Fahmi also added that in general, the implementation of KKN programs and reports on student can be categorized in a variety of community empowerment programs.