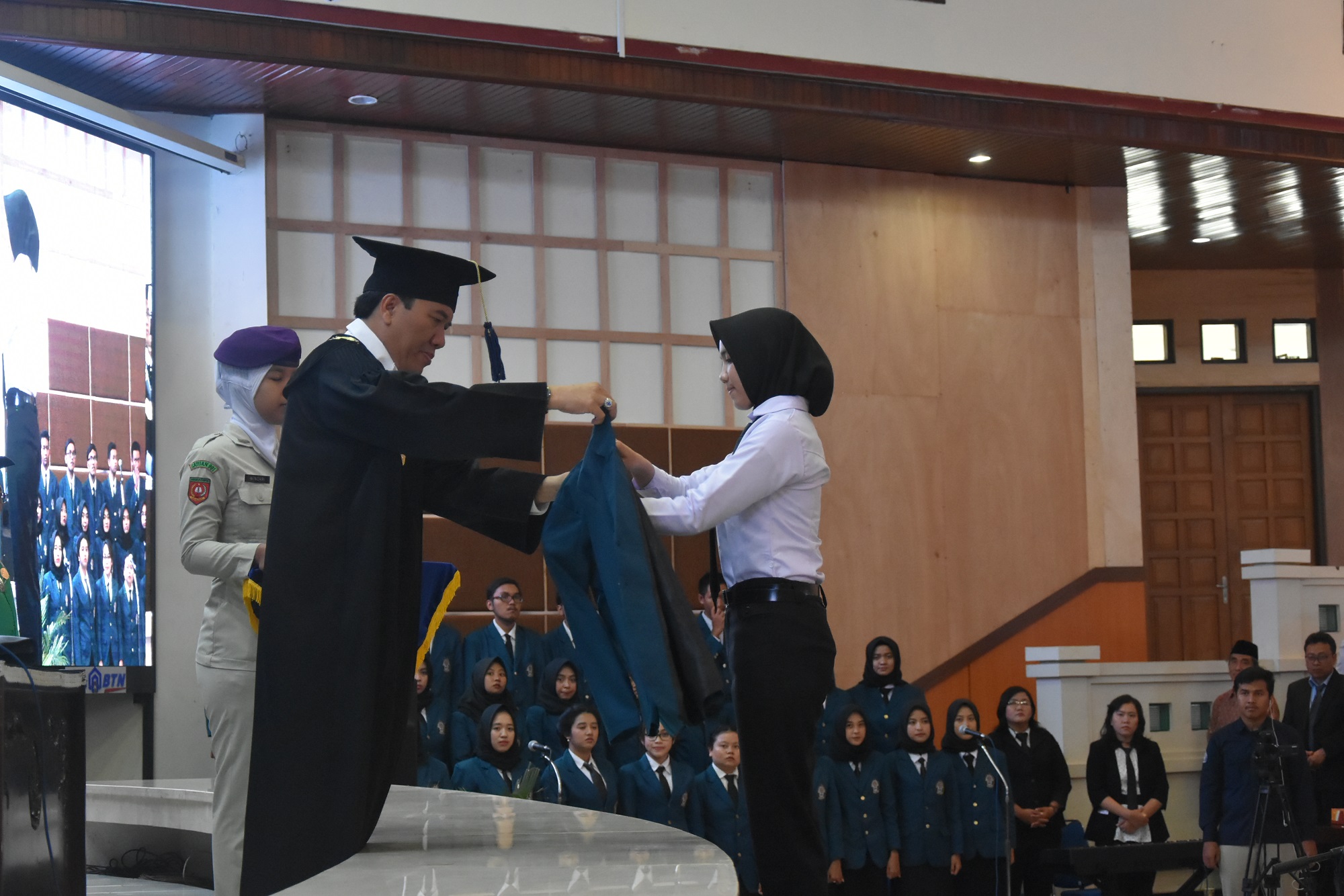 Undip officially accepts 808 new students of Outside Main Campus Study Program (PSDKU) of Diponegoro University for the academic year 2019/2020 which consisted of 482 students of Applied Bachelor Program and 326 students of Vocational Program on Tuesday, (3/9) at the Prof. Soedarto building, Undip Tembalang campus.

The admission of the new students is symbolically marked by the enrobe of an alma mater jacket to several new student representatives.

In his remarks, the Undip Rector Prof. Yos Johan Utama said that Undip is one of universities that are included in World Class University.

“So be proud for you to have been able to pass this very strict screening,” said the Rector.

The Rector said that Undip guarantees the availability of extensive employment opportunities for students who graduated later through UCC.

In line with the Rector, Undip Vice Rector I Budi Setiyono, S. Sos., M.Pol.Admin., Ph.D in his remarks said that all the attendees have officially been confirmed as students of Diponegoro University who bears the great name of Prince Diponegoro, which is one of the best universities in Indonesia. A university that is accredited A or superior, and is among the top four most desirable universities in the Republic of Indonesia,” he said.

Budi said that the projections after the students that have graduated would be fostered through 2 trajectories which are becoming a jobcreater / entrepreneur, or a jobseeker. Both of them will be facilitated through Undip Career Center.

With a hope that the knowledge that has been given in college can later be applied to become a great leader that is beneficial for the homeland and the nation, ” said Budi.

Budi also added that on this occasion the students will be handed to to the Dean of the Vocational School to be further educated according to the objectives of the study program.

Through the New Student Admissions ceremony this morning, the attendees were grouped in groups according to the Regency. In this way, it is expected that the students will be able to get to known each other and in the future are expected to continue to become closer and creates a harmonious extended family.