With the Ministry of PANRB, Undip Becomes Host of Lapor! Goes to Campus 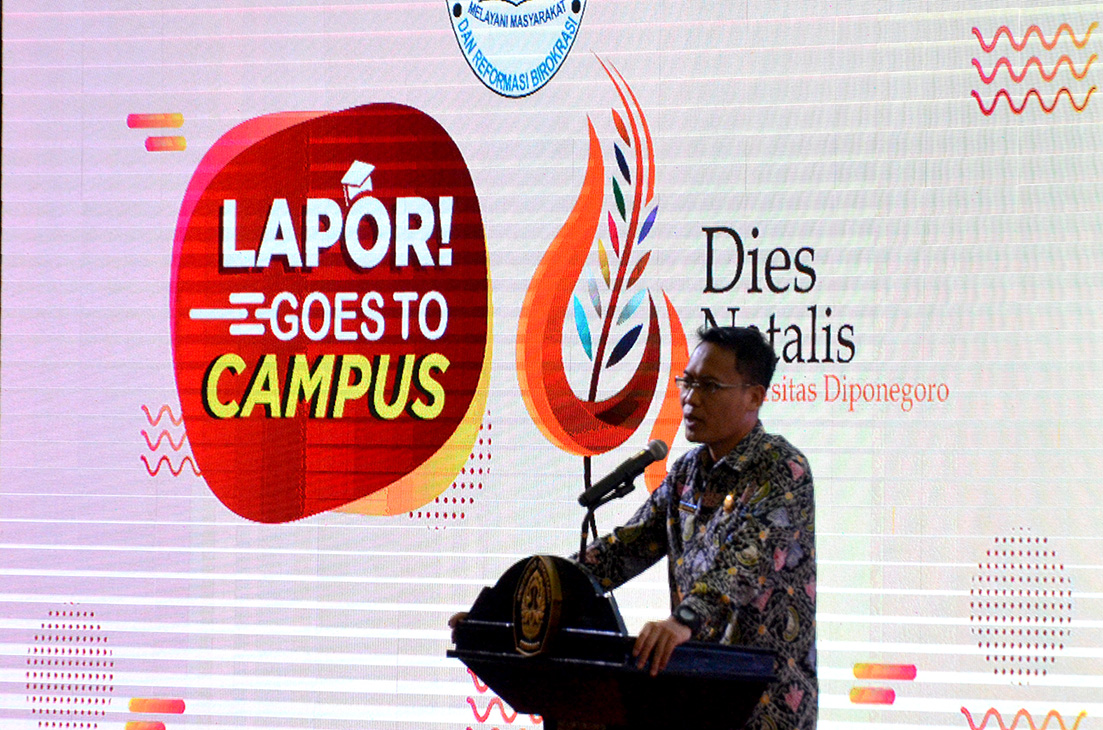 The Ministry of Administrative and Bureaucratic Reform (PANRB) through the Deputy for Public Services held a REPORT! Goes to Campus event. For the region of Central Java, Undip becomes the host of the event which was held on 10-11 September 2019 in Prof. Soedharto Building Undip Tembalang.

Several series of activities in the Report! Goes to Campus event includes public lectures, a seminar attended by the governor of Central Java (Ganjar Pranowo), the selection for Lapor! Ambassador, Lapor! Papers Competition, and various entertainment.

The Undip Rector, who was for this occasion, represented by the Vice Rector 1 Budi Setiyono, S. Sos., M.Pol.Admin., Ph.D., expressed his gratitude to the ministry of PANRB for appointing Undip as the host of the Lapor! Goes to Campus event. He also thanked the participants for their attendance and participation and said that this activity was aimed at promoting the application system that had been designed by the government and to encourage students to be more pro-active on reporting problems.

“This event is primarily to introduce the Lapor! application, in hope that the students would be more pro-active in conveying its aspirations and to report existing problems.”

In his closing, he hoped that in this event can be useful and students can be more courageous and partakes on the social control. (Ade Irma)