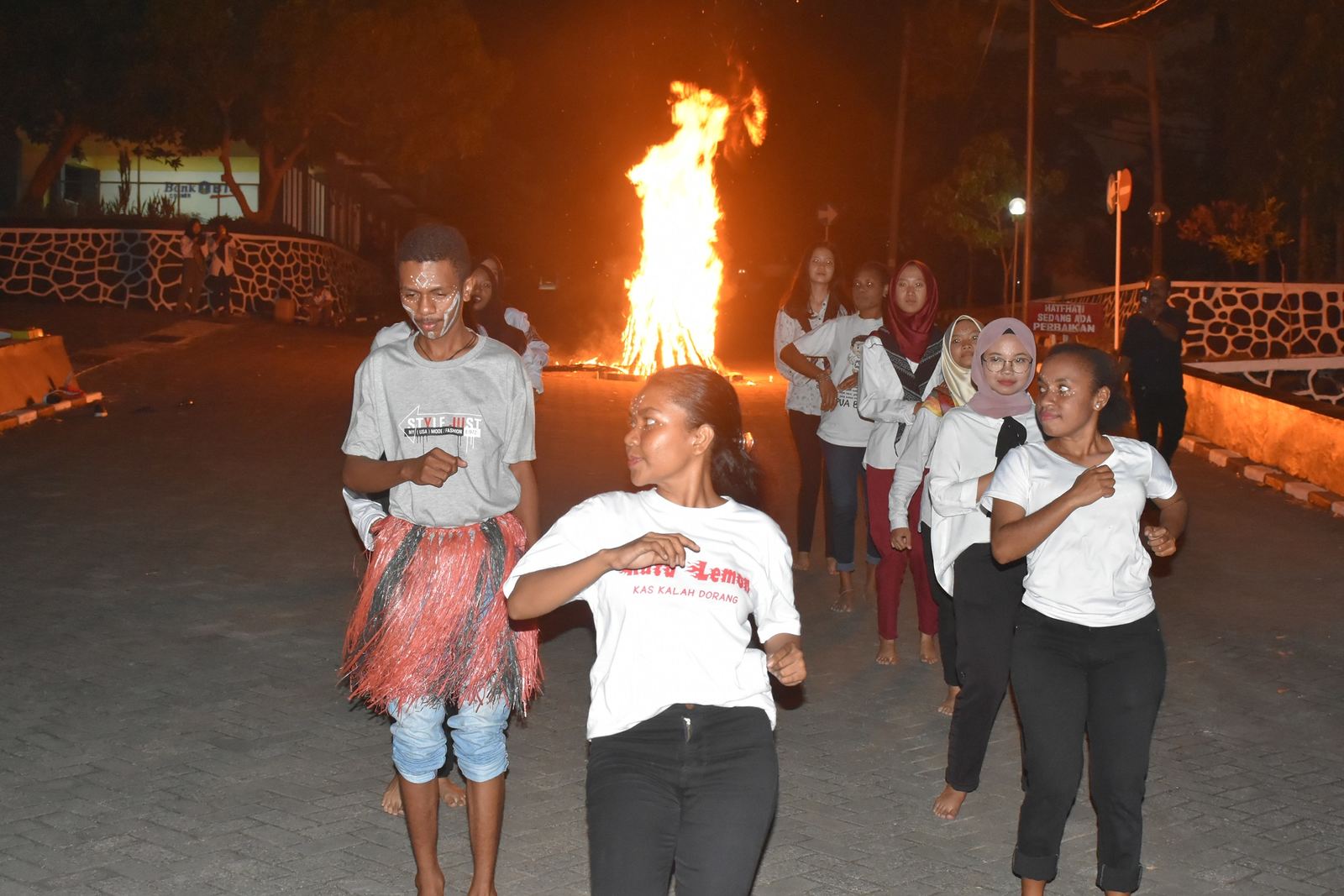 Although Indonesia is full of diversity, in the essence it is still once. This motto is used to describe the unity of Undip students which was drawn in an event of the Night of Friendship and Arts Performance in Rusunawa 2019 with the theme “Sharing the Togetherness, Fertilizes the Friendship, Generates Fraternity” located in the yard of D Building Rusunawa Undip Tembalang, Friday (6/9). The participants of the event consist from various cultures, regional languages, races, ethnicities, religions and beliefs. The event was attended by the Vice Rector of Communications and Business Dr. Darsono, Head of BPSU, Director of Business and Commercial Business, Head of LP2MP and 800 new students of Rusunawa residents.

Head of LP2MP, Edy Surahmad, S.Pd., M.Sc, said that the event is a tradition that is routinely held every year starting from student admissions until the placement of residence in Rusunawa Undip.

“Among 12 thousand accepted new students, only 800 that were intended (to become the resident) specifically new students from different town or students who has economic disadvantage,” said Edy.

“So, the existence of Rusunawa is a facility from Undip and to become a gathering place for students from various ethnics. There are even 15 overseas students,” added Edy.

Edy hopes that this event can strengthen the ties of friendship between students from diverse ethnic and cultural backgrounds.

The Director of Business and Commercial Business Dra. Herniwati Retno Handayani, MS or familiarly called Nonik in her speech said that the event was an initial step to strengthen and to unites students to become a proper part of Undip students.

Nonik also reminded to always be thankful to God. Even with the strict selection of students, they were able to enroll to Undip which is a university with international standard and one of the largest universities in Indonesia not to mention becoming part Rusunawa.