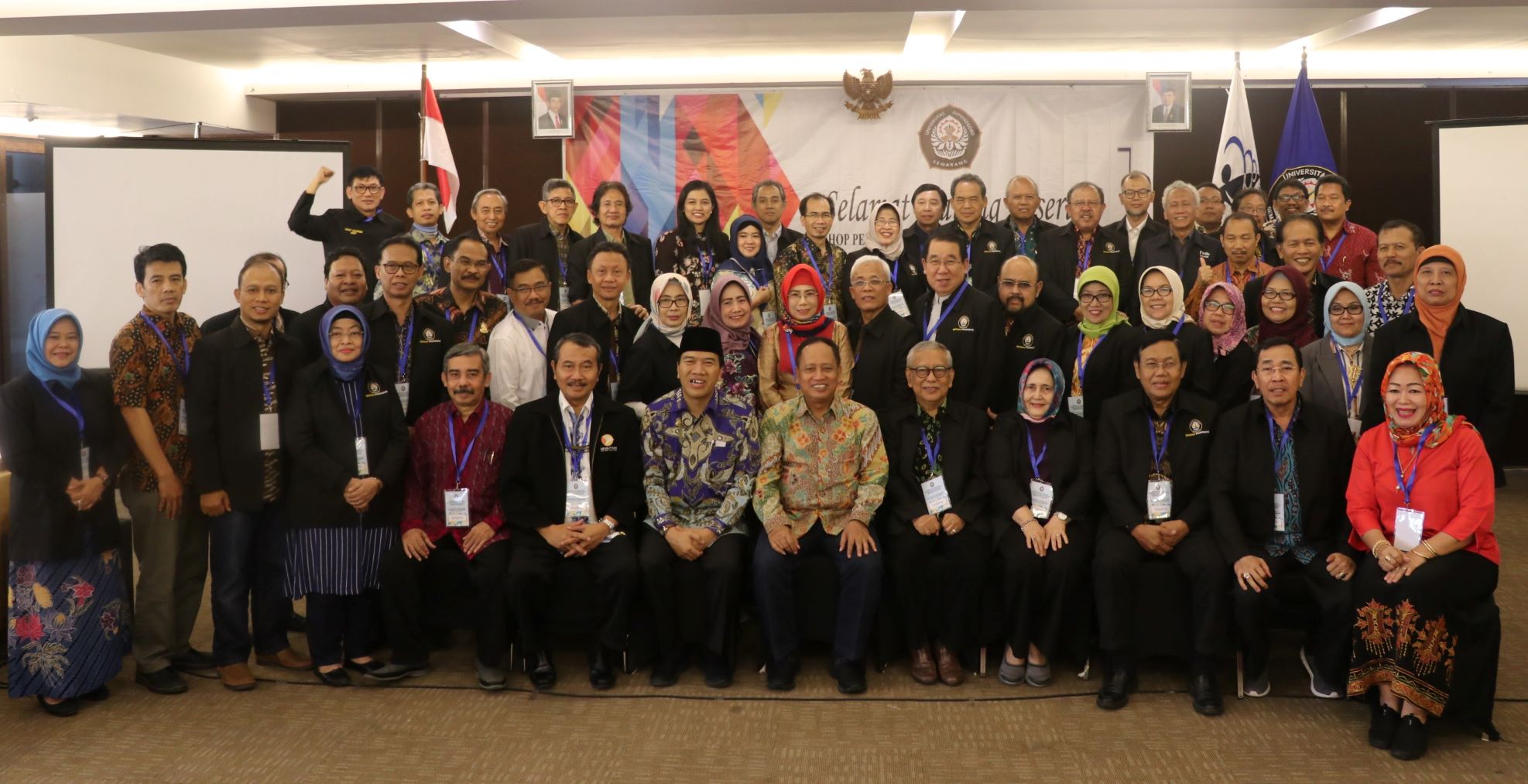 “The other target for Undip includes an improvement of infrastructure such as revitalizing laboratories, constructing new buildings, improving the welfare and financial data of the university, including from faculties, institutions, UPT, Management Bodies and business units,” continued the Rector.

The workshop was attended by Prof. Mohamad Nasir from Menristekdikti. On this occasion he said that state universities must innovate in the implementation of Standard Operating Procedures (SOP) for various services to students and public based on technology and online systems. With the implementation of online and offline system-based regulations, universities may be able to map each of the existing regulations more effective and efficient. Thus, hopefully it will result in the easiness for students and public in accessing services provided the university, not the other way around, “he explained.

The Academic Senate Draft regulation on Procedures Manual / Standard Operating Procedures (SOP) aims to make the bureaucratic governance to be more effective and efficient by involving the Undip Academic Senate in the synergy of relations between sections in Undip.

The workshop was also attended by the Ministry of Administrative and Bureaucracy Reform (MenPAN-RB), Dr. Ngalimun (Head of Institutional Policy Preparation). He was explaining the preparation procedure for designing a Standard Operating Procedures (SOP) of Government Administration at Diponegoro University.