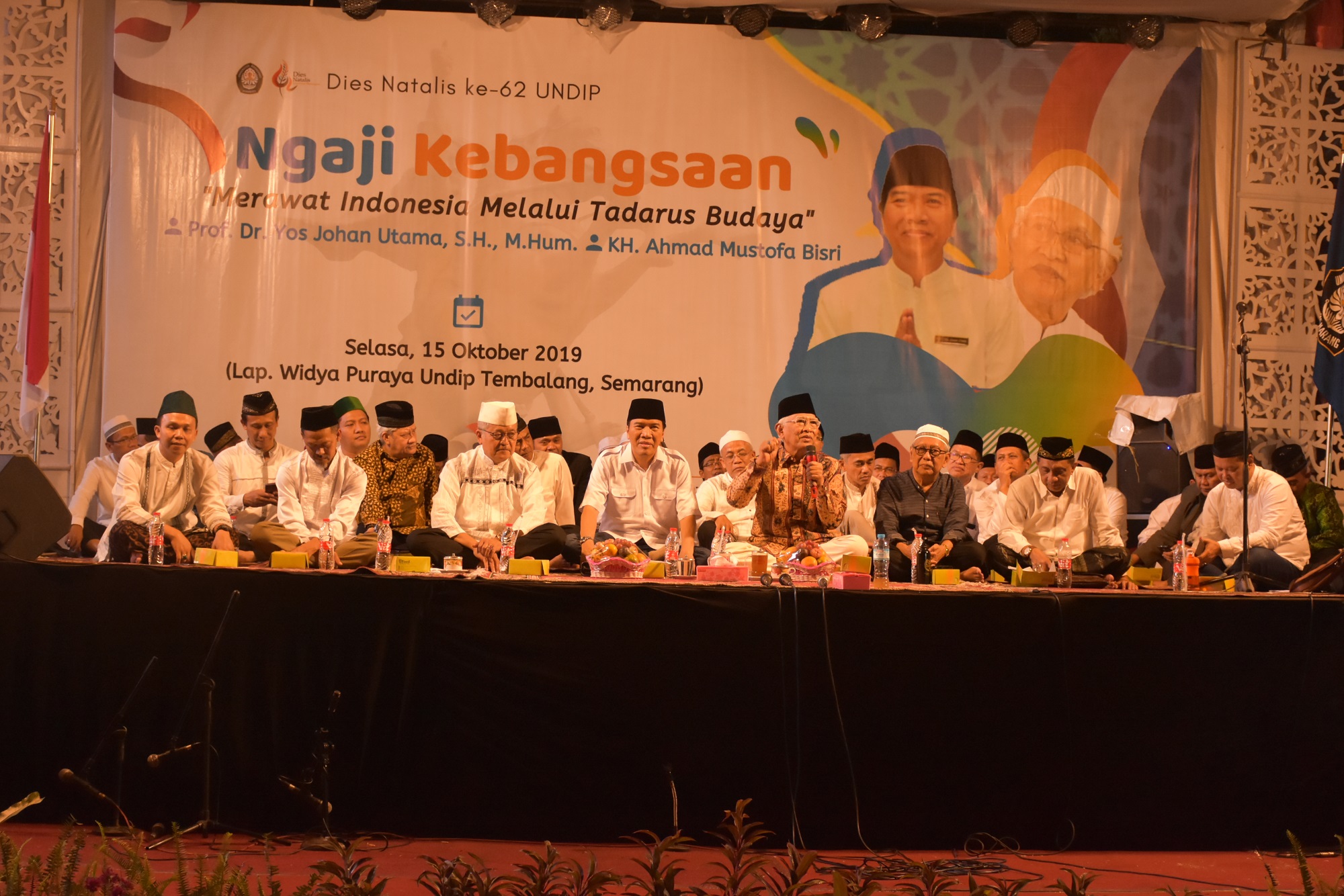 Tuesday (10/15) Diponegoro University of Semarang has successfully held the series of 62nd Anniversary event, one of which was Ngaji Kebangsaan with the theme “Caring for Indonesia Through Tadarus” in a purpose to erode radicalism and to strengthen faith. The event was attended by Undip Rector Prof. Yos Johan Utama along with it ranks, Regional Secretary of Central Java Sri Puryono, and KH. Ahamad Mustafa Bisri / Gus Mus, as well as Undip academicians. The event took place at the Widya Puraya Field Undip Tembalang.

In his remark, the Undip Rector, Prof. Yos, said that Indonesia is basically the heaven of the earth. Prof. Yos said that Undip has become the fortress of Pancasila by guarding the four pillars of the nation that had been fought for by the founding father in accordance with the President’s mandate that to be thankful by strengthening the sense of unity and diversity by fostering a sense of caring, unity and achieving towards the same goal. If there are Undip students who disturb the State ideology, they will receive strict punishment.

Furthermore, Prof. Yos said to always be grateful for the blessings given by Allah SWT for all the gifts and fortune as Muslims in Indonesia.

In line with Undip Rector, the Central Java Regional Secretary Sri Puryono strongly supports Undip cultural activities. “The cultural approach is an effective step in keeping the country in harmony and peace,” said the Secretary.

In the Tausiah of Gus Mus, he said that the diverse backgrounds and personalities of Indonesian people should strengthen the unity.

Gus Mus stated that the current national upheaval was due to many people forgetting that Indonesia is a sharing nation. If between individuals, groups and all elements of the nation love each other, the country will become peaceful, settled and full of harmony.