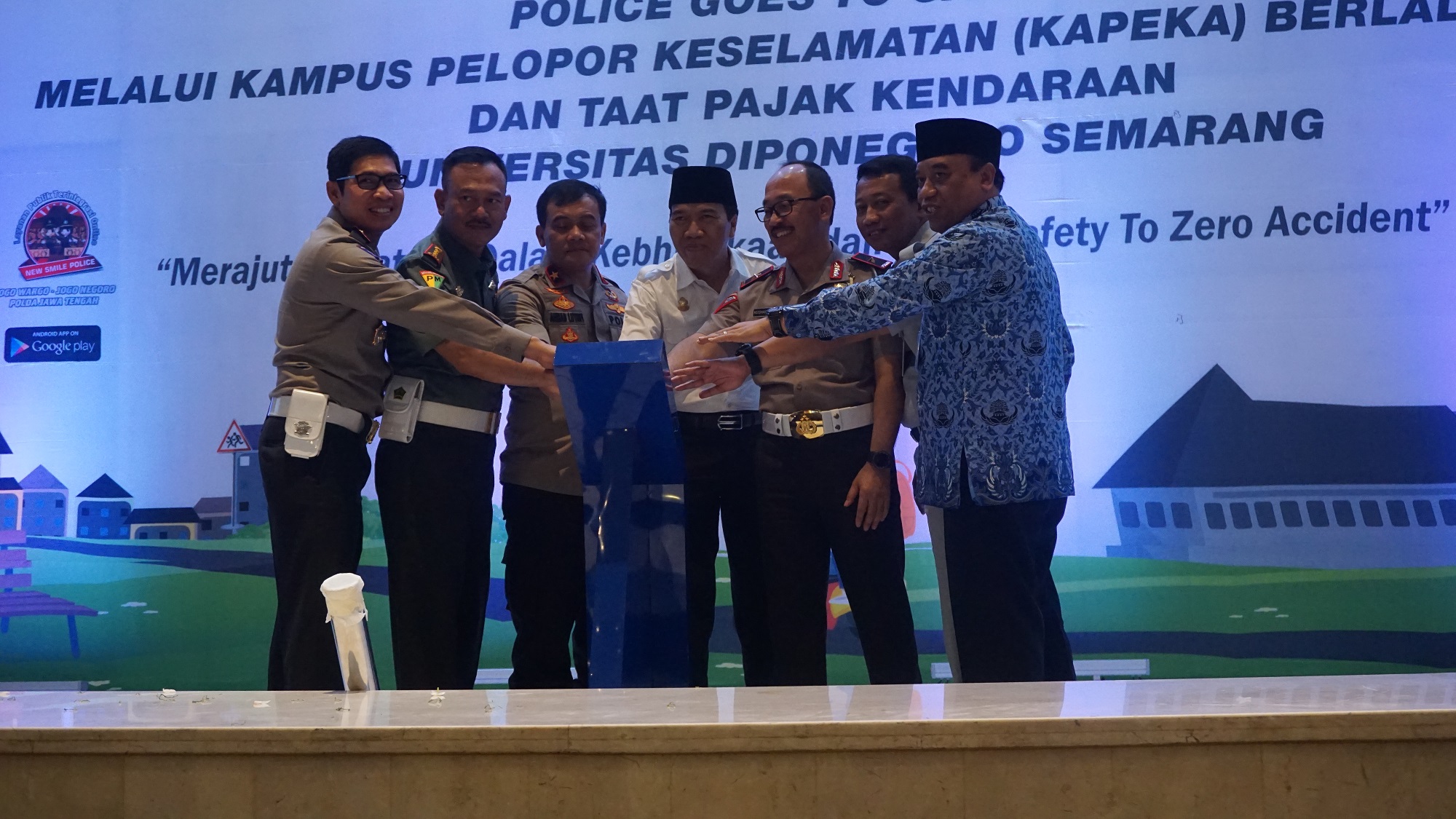 The Police Goes To Campus program is a form of Polri’s commitment in building an orderly awareness of young / productive people in driving or riding vehicles.

Undip Rector Prof. Yos Johan Utama expressed his gratitude to those who have supported this event. The Rector said that safety riding is important for Undip students because road safety is something that is irreplaceable.

In addition to road safety, the Rector stated the importance of paying tax for motorized vehicle because the submitted tax will directly involve the availability of subsidies which will eventually be received again by students in the payment of UKT subsidized by the state.

Prof. Yos hopes that by holding this event at Undip campus, students can become agents of change and pioneers in road safety and become more concerned that safety is not an obligation but a necessity.

The Deputy Chief of Central Java Police Brigadier General Ahmad Luthfi, SH. SSt. Said that according to the Court, it is said that the number 1 cause of death in Central Java was not a criminal act of terrorism and other crimes but rather a traffic accident.

Ahmad Lutfi also said that the Central Java Regional Police had launched a smartphone application namely New Smile Police Jogo Wago Jogo Nagoro. The application, which combines English and Javanese in the naming with unusual spelling, is intended to provide convenience and faster response for people to get police assistance.

“It’s simpler, and it’s also easier for people to contact the local police to ask for help,” said the Deputy Police Chief. According to him, the application that can be downloaded via a smartphone will be integrated in the network of 35 police stations in Central Java. Thus, all citizens who downloaded the application can use it in all jurisdictions in the Central Java Regional Police across district and city boundaries.

The Rector and the Deputy Chief of Police hoped that the Police Goes To Campus event could become a pioneer in safety driving and awareness, especially for students to follow the rules of vehicle administration.

A public lecture given by the Director General of Korlantas, Brigadier General Pol.Drs Kushariyanto, MM took the theme “Knitting Unity in Diversity and Road Safety To Zero Accident”.

According to Kushariyanto, road safety has several supporting factors such as behavior and individuals in an orderly manner.

“To realize this, all the facilities and infrastructure need to be improved on the road and also a necessity of functioning vehicles to reduce accidents, ” he said.

Kushariyanto stressed that the National Police will never tired in campaigning about traffic order and safety.

Various ways will be taken, including in providing shock therapy for motorists in areas that often occur violations and accidents.

Dirgakkum Kakorlantas also invited the students to cultivate road safety so that they could become pioneers in safety driving. In addition to public lectures, there are services for making and extending driving licenses for students, lecturers, and staff at Undip.