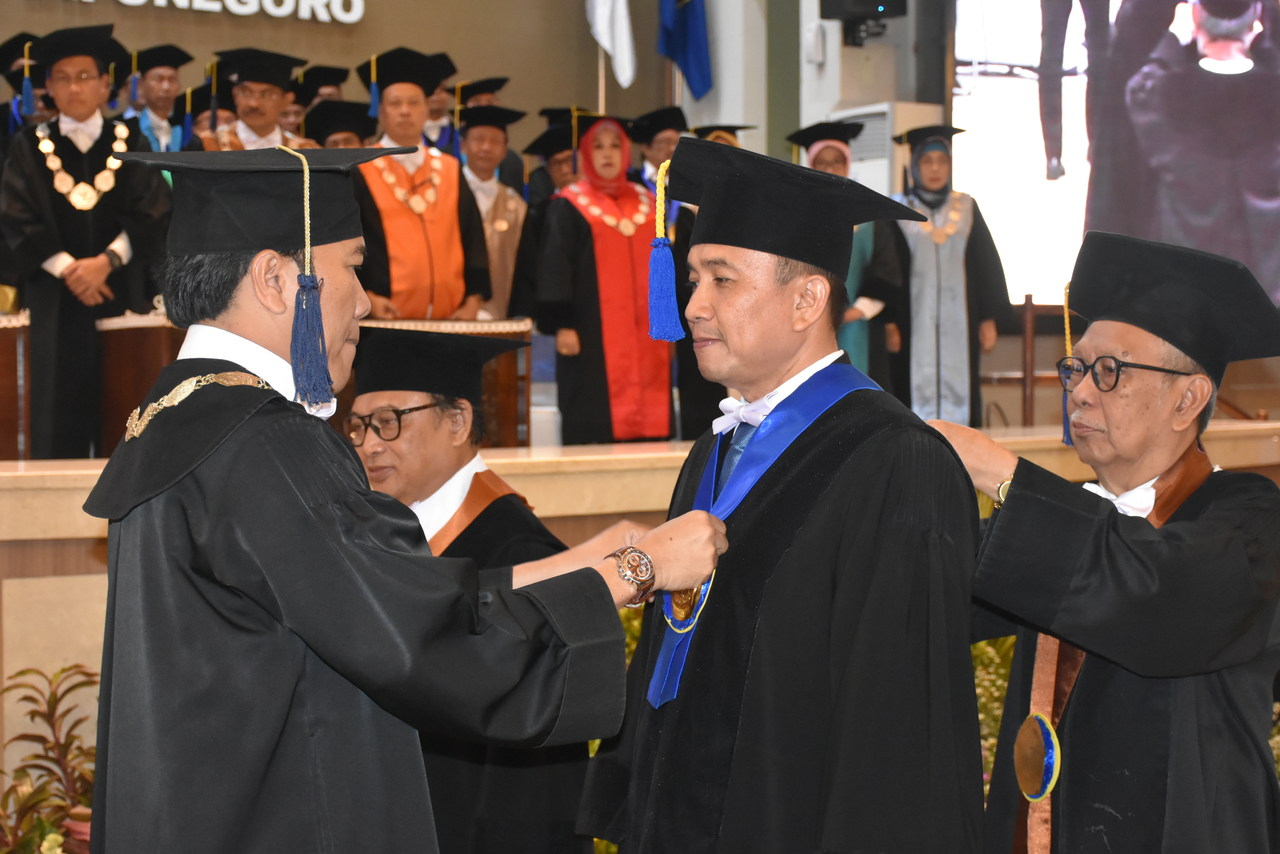 Undip Rector, Prof. Yos Johan Utama, said that the inauguration of these two professors became his own pride and hope in increasing the amount of new professor at Undip.

According to him, in the world of education, professors are the highest academic positions, and are expected to channel all their innovations to students and publics.

During the inauguration, Prof. Sutiyono delivered an inaugural speech on “Application of libidinous technology to increase beef cattle population”. In addition, in the discussion of his speech Prof. Sutiyono stated that along with the development of transportation technology and agricultural mechanization, cattle were rarely utilized for the process of making rice or transportation for workers. However, it still being utilized as a saving for breeders. The change in the role of cattle also changes the breeding pattern to the development or breeding of beef cattle. The application of libidinous synchronization using progesterone in the sponge, is a reproductive technology that is strategically applied to the breeding of beef cattle due to its positive benefits.

“The Construction Industry has become a crucial sector in the process of development plan. The construction sector contributed 10.2% to the Gross Domestic Product (GDP) in 2011 and ranks 5 (five) out of 9 (nine) in the main sectors contributing national GDP and are also able to absorb 6.34 million workers (5.3% from national labor). However, this was not followed by the development of the construction industry in Indonesia, which was still unable to compete with other countries. The construction industry influences a very large energy consumption, not only in the construction process but also during the operation and maintenance of buildings, roads, bridges, terminals, irrigation and reservoirs. “

“However, the amount of research, standards, guidelines and regulations in the field of sustainable construction is very limited. These problems have an impact not only on economic and social aspects, but also on environmental sustainability. In general, environmental sustainability can be defined as by reducing the amount of greenhouse gas emissions on the atmosphere thereby increasing the quality of life.”