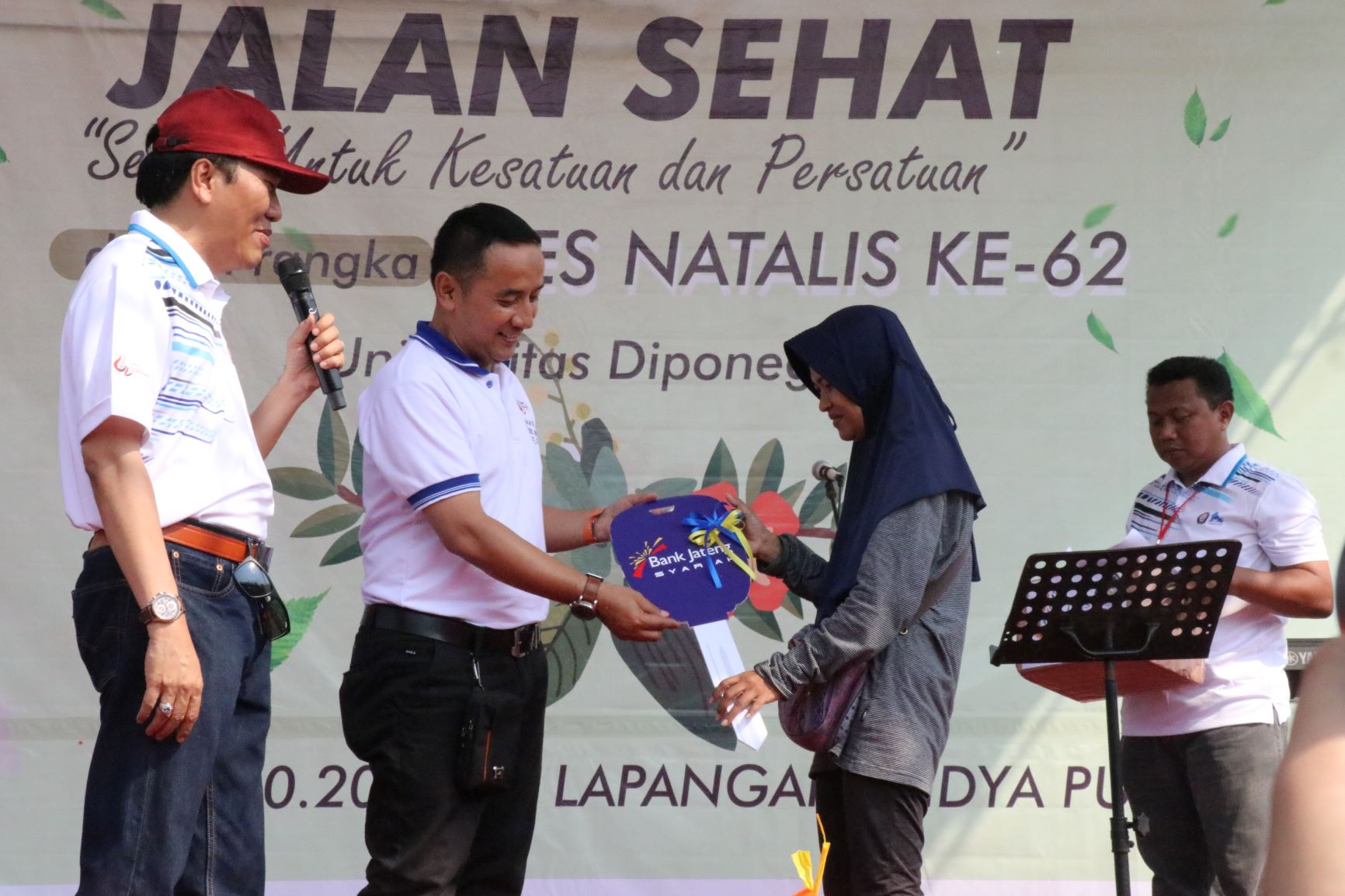 A series of events to commemorate the 62nd Anniversary of Diponegoro University have been held on Sunday (10/27).  The event that was held was Green Walk. The event starts at 7:00 a.m. to 11:00 a.m. Undip Rector Prof. Yos Johan Utama also attended the event to enliven the activity.

The participants were then treated with soto. Besides that, there were also many other food stands. The first lottery was announced by Prof. Yos Johan Utama with the first prize of one motorcycle. The event became even more lively when the performance from Dipo Art Company winners shows up which consist of Winda Chelsea and Titania. In addition to motorbike, there were a total of eight prizes, and each of them were quite diverse, including: entertainment prizes, refrigerators, fans, irons, dispensers, bicycles, televisions, savings, smart phones, and the main prize of one cow followed with plenty of other prizes which in total was about 934 prizes.

With the theme “Healthy for Unity and National Unity,” this event succeeded in attracting people to follow a healthy lifestyle. Evidently, not only was the event attended by the entire Undip academic community, but the green walk was also attended by various groups of the general public. “Starting from a healthy and harmonious family, it will keep evolving by maintaining harmony with the colleagues which in the future is expected to be able to foster the national unity and integrity to move forward together,” said the Head of Public Relations Undip. (Azza-mhs Public Relations Intern)