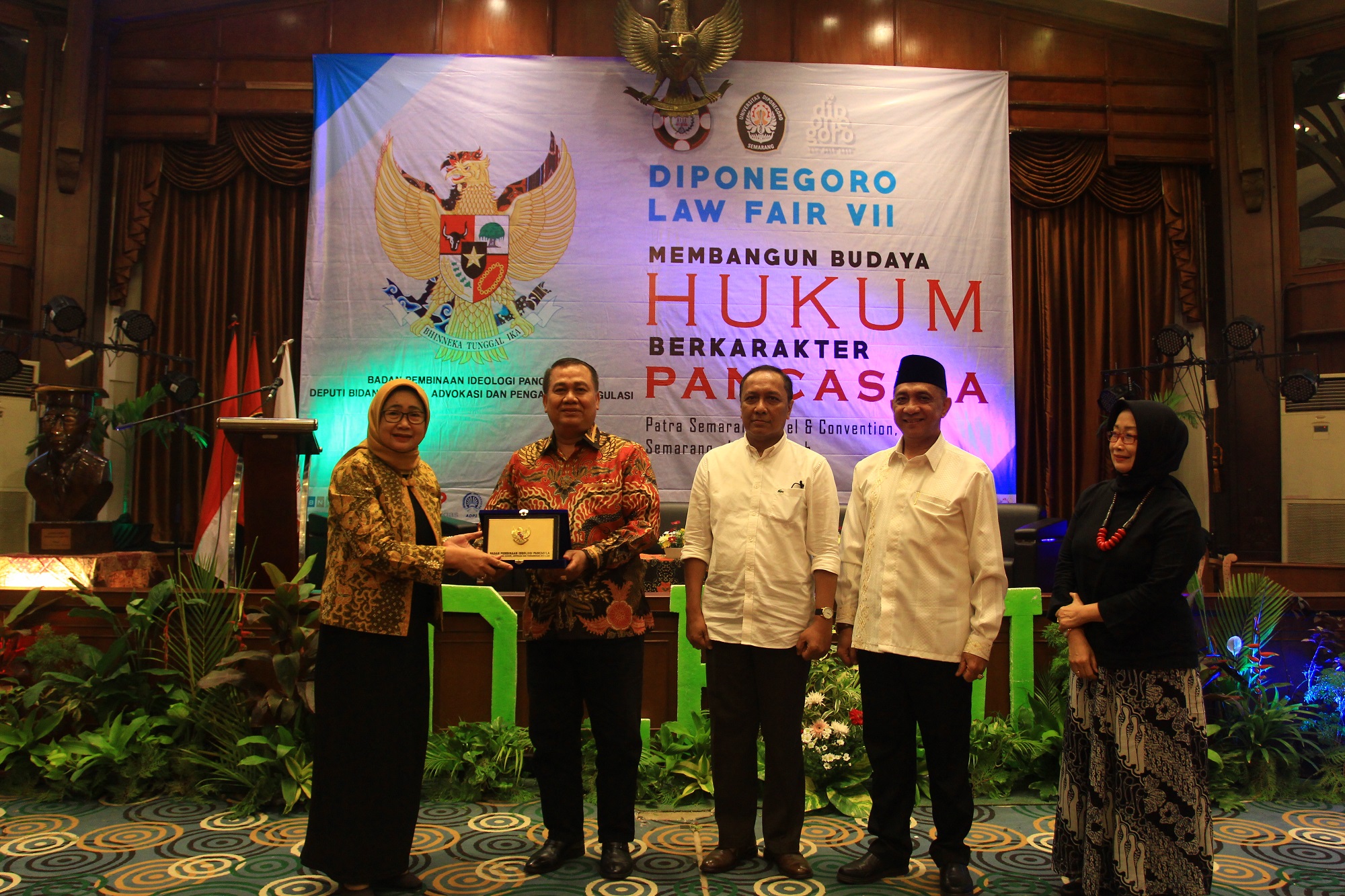 Diponegoro Law Fair XII is a national level competition organized by the Faculty of Law of Diponegoro University (UNDIP) which is overseen by UKM-F Research and Debate Group and in honor of the late Prof. Sartjipto Rahardjo as the father of progressive law of Diponegoro University. Diponegoro Law Fair XII was held on 25-27 October 2019 with the theme “Distribution of Justice and Utilization of Natural Resources” in collaboration with the Pancasila Ideology Development Board (BPIP), Central Java Bank, BNI Bank, ABNR Law Firm, SKK Migas etc.

Diponegoro Law Fair XII has both internal and national level competitions in which consisted of several categories such as:

Diponegoro Law Fair XII series of events was started on October 7, 2019 with the agenda of the Debate Class and the Grand Opening in collaboration with the KRD FH UNDIP Debate Division with Debate Class speakers by Ridho Risdiansyah, SH and Ernama Santi, SH who are the alumni of KRD FH UNDIP. Then, on October 10, 2019, the “Opening Ceremony” of the Internal Debate Cup VII Debate took place in Building A, FH UNDIP, consisting of 8 teams coming from freshmen class of 2019. Semi-Final Series, 3rd Place Competition and Grand Final Internal Debate (11/10) was held at the UNDIP ICT Building by Immanuel Khan Team, Thomas Hobbes Team, Veurba Team and Al Biruni Team.

The first day of the Diponegoro Law Fair XII 2019 (25/10), which is the Grand Opening of Diponegoro Law Fair XII took place at Wisma Perdamaian, Tugu Muda, Semarang. It was attended by the Head of Legal Affairs of the Semarang City Regional Secretary as Semarang Mayor’s Representative, Mr. Satrio Imam, SH, MM, it was also attended by Mr. Sarwa Pramana, SH, M.Si as Assistant I of the Government and People’s Welfare of the Provincial Secretariat of the Province of Central Java and Mrs. Dr. Tri Laksmi Indreswari, S.H., M.Hum as Vice Dean I of the Faculty of Law of Diponegoro University as a representative of the Dean of the Faculty of Law of Diponegoro University. The series of events filled with the awarding of the 2018 Diponegoro Law Fair General Champion from Sebelas Maret University (UNS).

Then during the second day (10/26) was held at the Faculty of Law UNDIP with a series of National Debate, Scientific Writing, and Contract Drafting events from Faculty of Law in Indonesia. During the third day, the event was a National Seminar (27/10) by the Pancasila Ideology Development Board with the theme “Building a Law Culture with the Character of Pancasila”, beginning with remarks by Prof. Dr. Retno Saraswati, S.H., M.Hum as Dean of the Faculty of Law of Diponegoro University, remarks by Dr. Ani Purwanti, S.H., M.Hum as the representative of the Pancasila Ideology Development Board (BPIP), the seminar was moderated by Dr. Lita Tyesta A.L.W., S.H., M.Hum. As for the seminar, it was filled by Prof. Dr. R. Benny Riyanto, S.H., M.Hum., C.N as speakers I and Prof. Dr. F.X. Adji Samketo, S.H., M.Hum as speaker II. Then, the Final Round of the National Debate between the Kingdom Team of Buleleng (Padjadjaran University) as a Pro team against the Kahuripan Team (Hassanudin University) as a Counter Team.