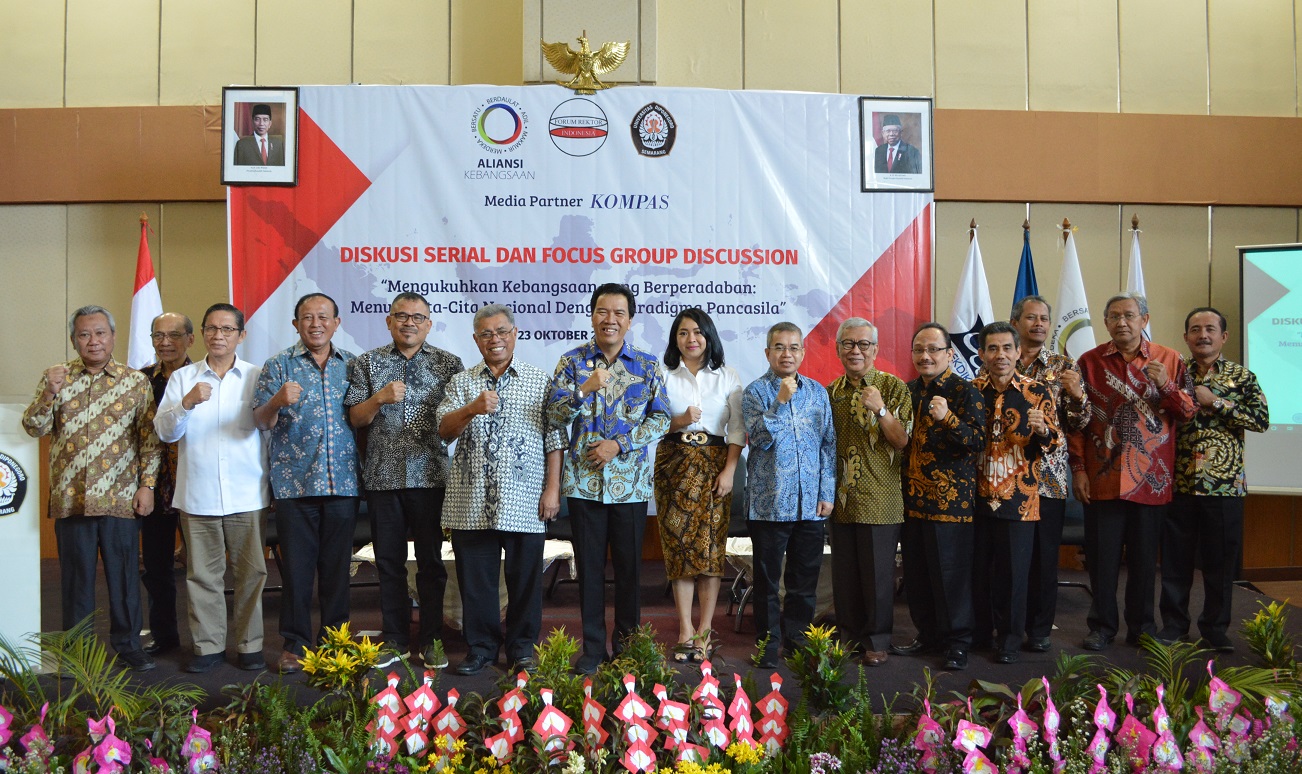 The Head of Aliansi Kebangsaan, Pontjo Sutowo, in his speech said that the chosen theme set off the development of achieving national ideals and as the driving force in improving the quality of national civilization.

“The nature of development to achieve national ideals is actually a continuous movement in improving the quality of the nation’s civilization in three main areas of social life, namely the mental-spiritual, institutional-political, and material-technological realms,” he said.

Furthermore, he said that national values are found in the four basic consensuses of Indonesia.

“Human development in Indonesia must prioritize strengthening our national character by internalizing the national values found in our four basic consensuses, namely: Pancasila, The Preamble of 1945 Constitution, NKRI, and ‘Bhinneka Tunggal Ika’,” he explained.

The discussion was opened by the Head of Forum Rektor Indonesia, Prof. Yos Johan Utama. He hopes that from this event, people can raise their sense of care for one another.

“I want to raise the sense of mutual cooperation, respect for one another, and nurture uniformity from an early age, lest technology replace all work done by humans,” said the Rector of Undip. (Rosi / Lisa / Renin / Dzuria-HUMAS)