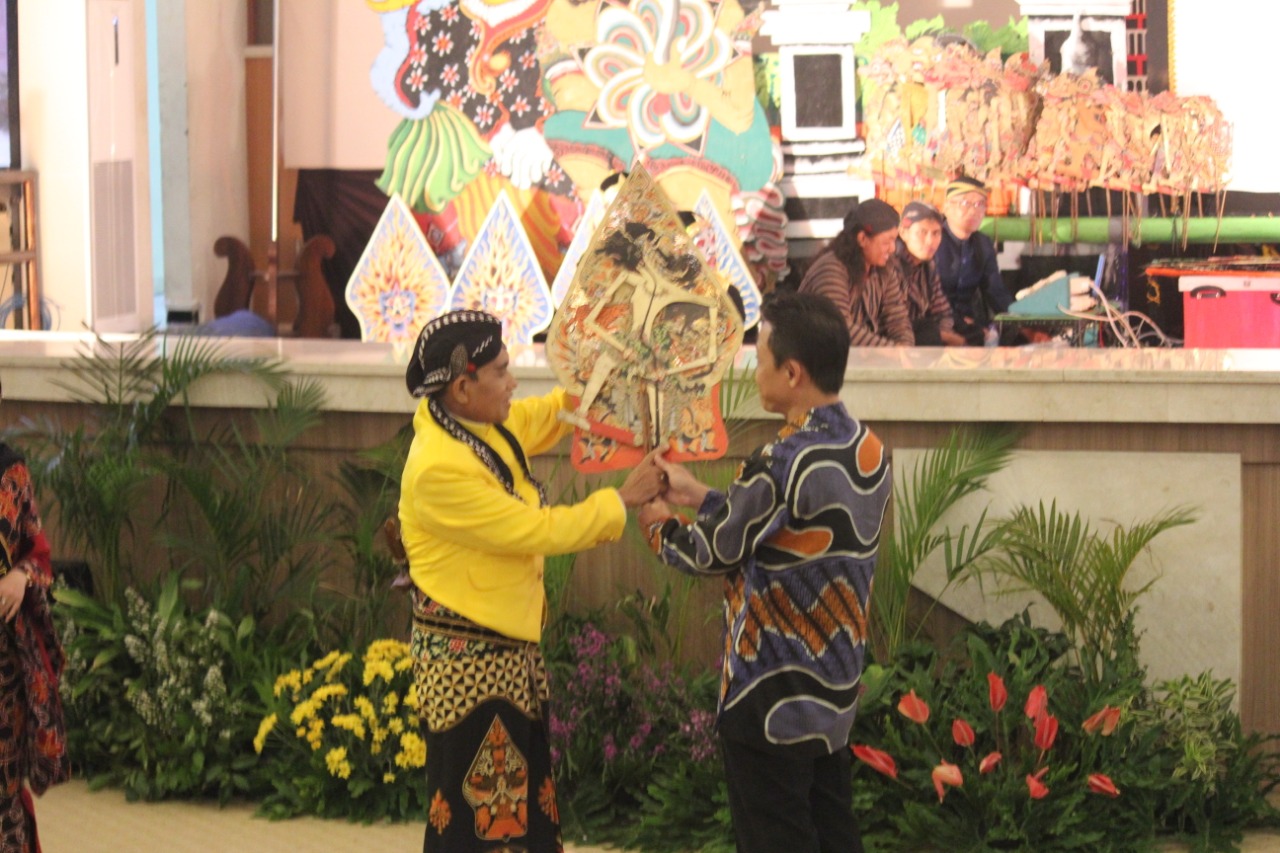 The Academic Community of Diponegoro University (UNDIP) Vocational School held a wayang kulit show with the play “Ontoseno Mbangun Kayangan” by puppeteer Ki Arief Suharsoyo M.Pd from Kendal. This event is a series of the 3rd Anniversary of Undip Vocational School and Congress of the Indonesian Vocational Higher Education Forum (FPTVI), on Wednesday night (6/11).

Prof. Budi added that this wayang show is expected to be a means of introducing tradition or culture to the millennial generation so that the foster of love for cultural arts can be grown beneath them, especially wayang as a valuable cultural art.

The wayang kulit show raised the title of Ontoseno Mbangun Kayangan which about a story of Ki Lurah Semar sending Ki Petruk and Ki Nolo Gareng to face the State of Amarta to borrow three Amarta palace heirlooms. The heirlooms consist of Kyai Jamus Kalimosodo, Songsong Agung Tunggul Wulung and Tombak Kyai Korowelang. The purpose of borrowing these heirlooms is because it is one of a condition to improve the world situation which currently being hit by crisis and chaos everywhere.

But what happened? The delegation of Ki Lurah Semar was not responded wisely and even they were ended up driven out and King Kresno also gave statement that was very demeaning to Ki Lurah’s degree and role so far. Not only that, even Ki Lurah Semar was accused of wanting to rebel the country.

Hearing Ki Petruk’s speech, Raden Ontoseno was struck by his heart when at that time was visiting Karangkadempel, let alone see the signs and facts of a dying country. Rise up Satrianya character, for the sake of neglecting the State and defending the struggle of the underprivileged, R. Ontoseno is ready to guard and fortify the struggling of little people. For R.Ontoseno, life is at stake …. when we have to defend the truth, uphold justice, defend the underprivileged people for the sake of the country and its ancestral lands.