Undip Develops a Campus with Global Standards in Rembang 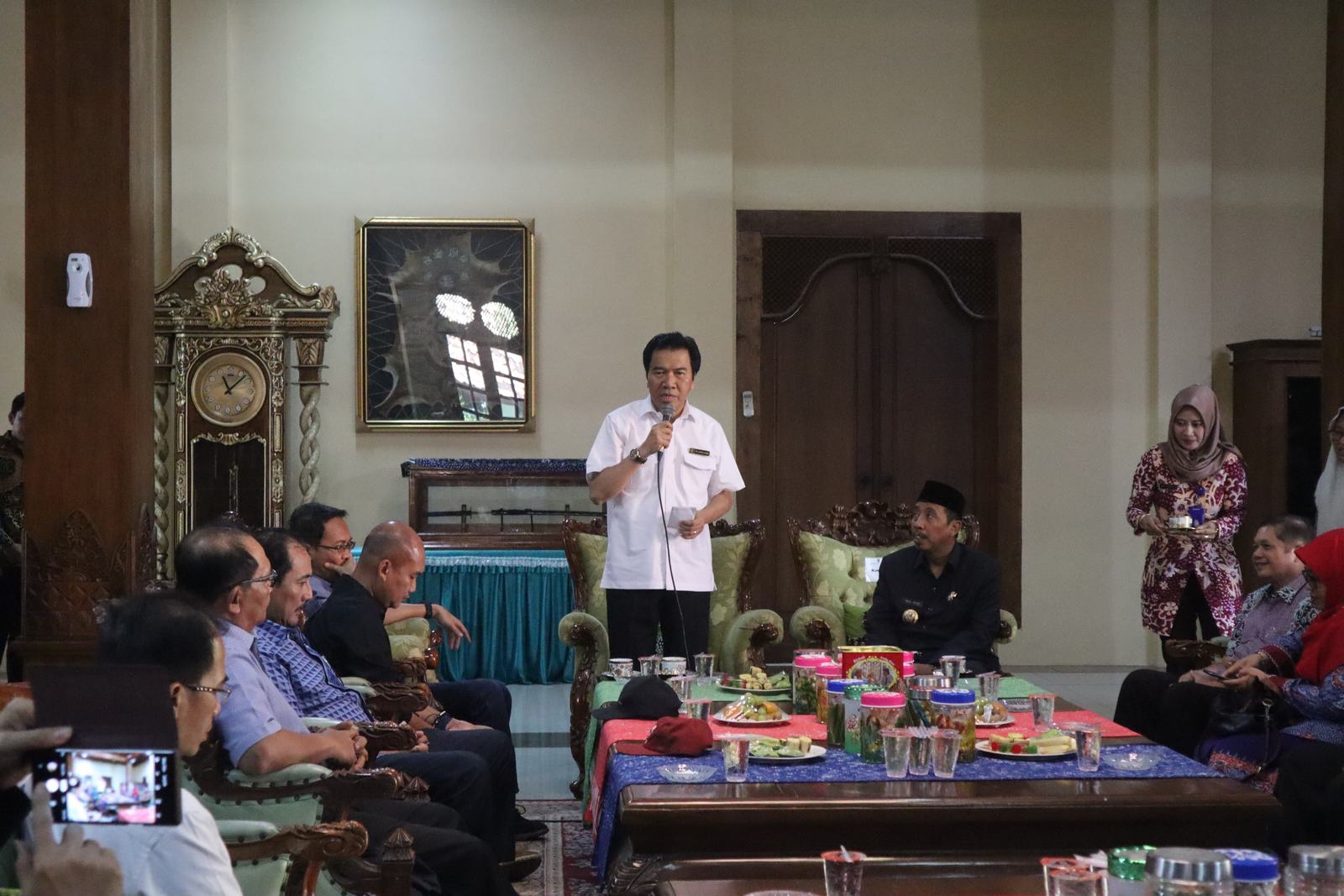 Rembang Regency consists of 14 districts, which are divided into 287 villages and 7 villages and has an area of 101,408 ha. The center of government is in the District of Rembang. The majority of the residents’ livelihoods are as salt farmers which makes Rembang dubbed as the city of Salt. In addition to batik crafts, Rembang is also a fruit center and has marine fishery resources, and mining products.

In the time being, PSDKU in Rembang still occupies the former Inspectorate building on Jalan Kartini, while waiting for the permanent building to be completed. It is planned that Undip will add study programs consists of Law, Public Administration, Information Technology and Public Health majors. The current study program is the Department of Corporate Management.

In his remarks at the Rembang Regent’s office in order to review the construction of the PSDKU campus in Rembang on Thursday (7/11), Diponegoro University Rector Prof. Yos Johan Utama said, “Undip was very grateful for the grants given by the Rembang Regency Government to build the PSDKU campus in Rembang. The main purpose of the Undip campus development in Rembang is to further increase the potential of the region, human resources, welfare and economy of the Rembang community. He further said, “Undip is a world class university that is ranked 3rd in the category of graduates who are absorbed a lot for the workforce due to the fact that it has competence in the QS World University Rangkings version”. “The concept of the building currently being constructed is millennial and disabled-friendly,” he said.

Meanwhile, the Regent of Rembang, H. Abdul Hafidz said, “It is very proudful of the opening of the Undip campus in Rembang, considering that Undip is a quality and international-class university”. “It is expected that the Rembang Regency Government grant in the form of an area of 15 ha and 10 M funds for the construction of the Undip campus in Rembang to be completed in early next year and can provide benefits to the people of Rembang and its surroundings,” he concluded. (Utami-Humas)