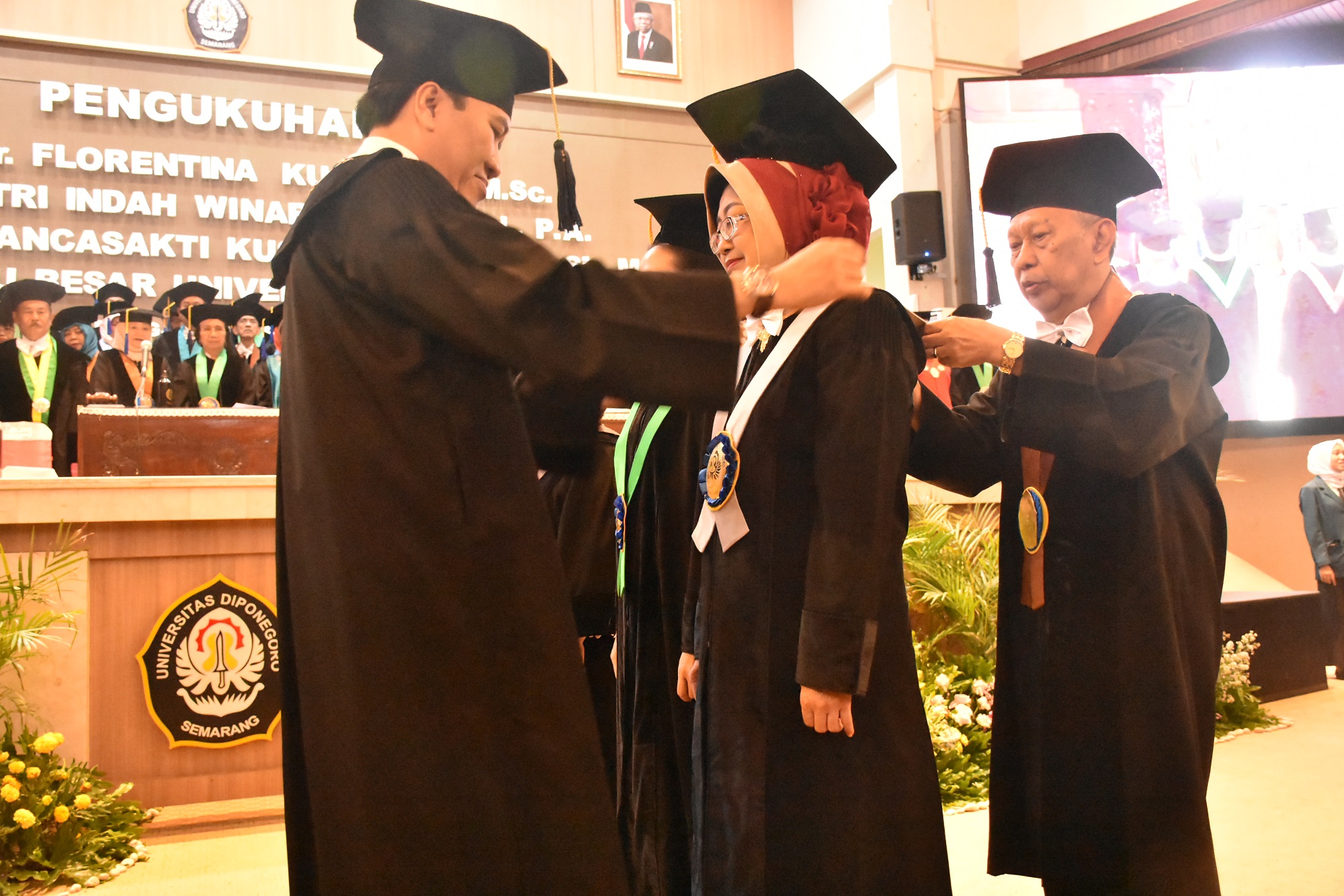 At the beginning, Prof. Florentina explained “The Utilization of Marginal Land through Genimoka and Cultivation Approaches for Increasing Crop Production.” In his presentation, it was revealed that soybean plants have the right genetics for dry land so that they can overcome the problem of dry land.

The last presentation was closed by Prof. Hermin Pancasakti Kusumanigrum on “The Contribution of Microalgae in the Development of Blue-Biotechnology in Indonesia,” in his research, the blooming of microalgae shows the big potential of alternative resources for handling problems in developing the biological resources and genetic resources in Indonesia.

In his remarks, the Rector of Diponegoro University Prof.Dr.Yos Johan Utama, SH., M.Hum. said that, “Undip until now continues to pursue the target to obtain 10 percent of professors from the total number of lecturers. Various efforts have been made including providing financial assistance to pursue a Doctoral program, and then to be promoted to obtain the title of professor, one of which with the program of 1 professor must attract one candidate to win the title of professor. One other way is to write a success story that will be shared to fellow lecturers to spur new professor candidates”.

Undip Rector, Prof. Yos Johan Utama revealed that this inauguration was a pride for Undip. This is Undip’s big step towards being able to bring quality universities, through qualified lecturers.

The Rector confessed that the title of professors is the highest positions in academics environment. However, the biggest crown is how to channel their innovations for the benefit of humankind and students who will excel in the world of work later.

The Rector also emphasized that becoming a professor is not easy. Not only completing doctoral studies but there are several stages that must be passed. Hoping that the research results that have been produced will benefit and encourage the actualization of superior Indonesian human resources.