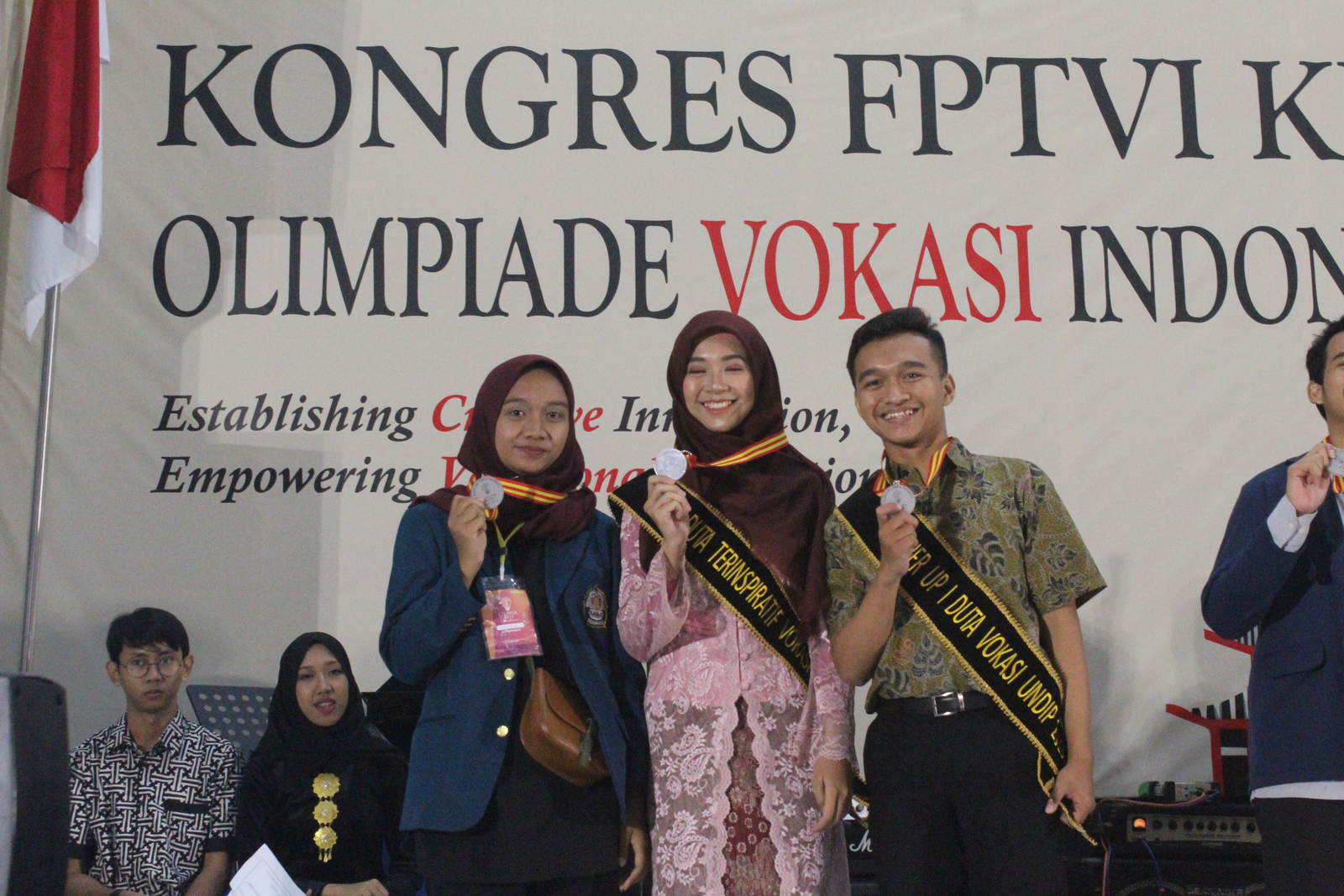 Smart Bin innovation made by Ricky Yakub, Vidifa Anindya Widjoyono and Nadya Rachmi from DIII students from Instrumentation and Electronics Undip Vocational School have managed to win the gold medal of Smart Devices in the 2019 Indonesian Vocational Olympics which took place at the Vocational School of Diponegoro University in Semarang on 6-8 November 2019.

Together with his two colleagues, Ricky Jacob have attempted to invent new innovations, a Smart Bin equipped with ultrasonic sensors with the concept of Smart City based on IoT (Internet of Things) using Arduino Uno ATMega328 and Node MCU based on web server as a data processing center.

“This works when someone is going to throw away the garbage, the ultrasonic sensor will detect and the lid will open by itself, and track which garbage is already too full with volume monitoring so there is no need to check them one by one since the garbage that is already full can be checked through a web server.” Said Ricky.

Ricky added that this innovation will bring a better change because it makes it easy for people when they are going to throw away trash and makes it easier for officers to find out which garbage bins that are already full, making it easier for users to dispose trash without having to open and the lid and also to minimize the spread of bacteria or viruses. It also easier for users to monitor the volume of trash bin that can be accessed online through a web server and also make people aware of the importance of health by disposing garbage in its place.