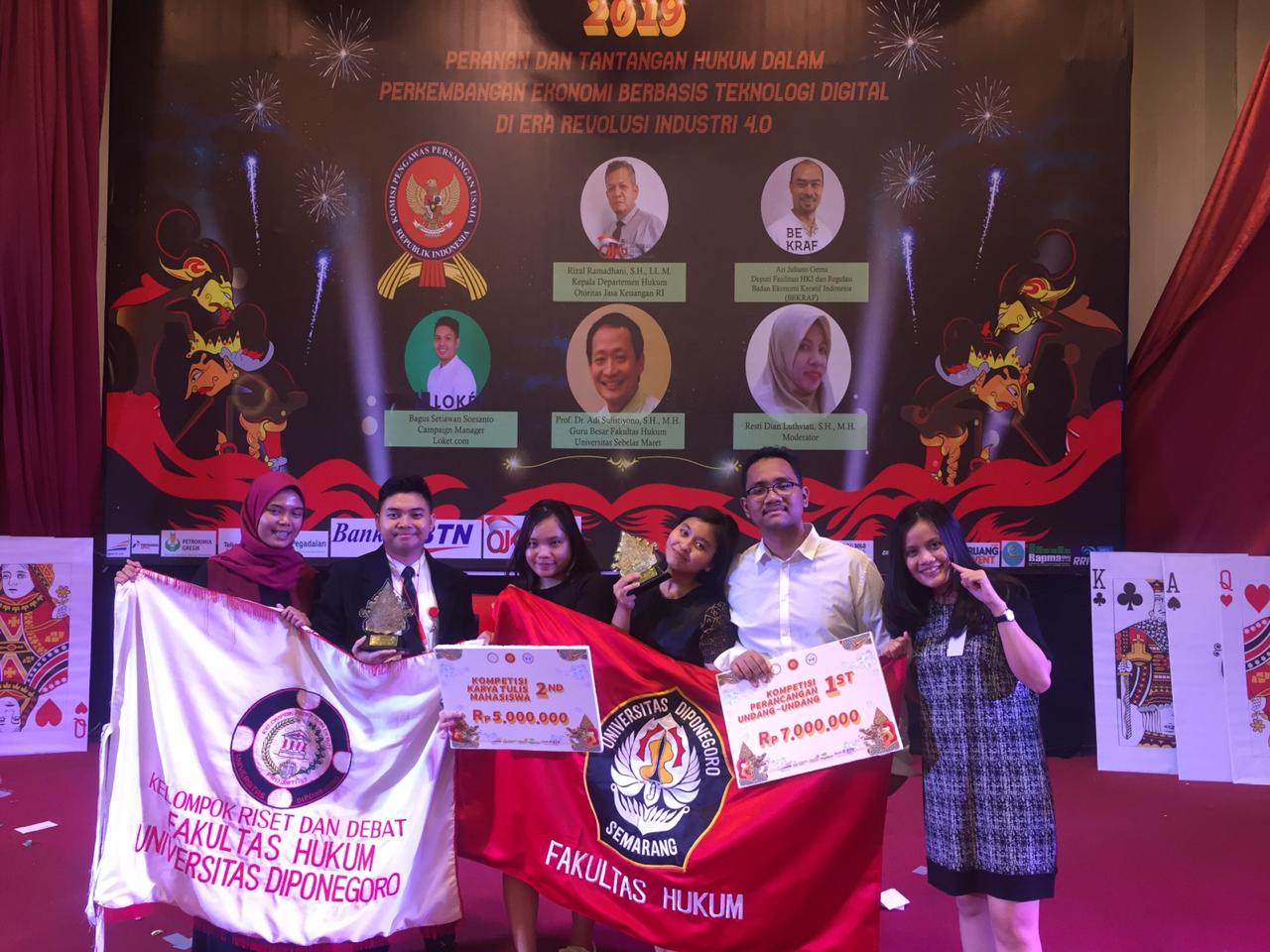 The Student’s Delegation of The Faculty of Law Diponegoro University Delegasi under coordination of  Student Unit Activity – Research and Debate Community participated in Legal National Week 2019  which held by  University of Sebelas Maret  on November 6 until November 9  2019.

On this occasion The Delegation whose competed on Legislative Drafting category were represented by several student of The Faculty of Law Diponegoro University , namely :

Meanwhile , The  student’s Delegation whose  strived on Legal Scientific Writing  were represented by several names  among othera :

The  Faculty of Law Diponegoro University Delegation won 1st place on  the Legislative Drafting category and Second Place in the Scientific Writing Contest in each competition, followed by five Delegations from other Faculty of Law in Indonesia .

As information that the “National Law Week” was  a legal competition  which held by the Faculty of Law of the University of Eleven March along with the Student Executive Board of  The University of Sebelas Maret , KSP Principium and BLS UNS which occurred every 2 years with competitions such as Legislative Drafting, Scientific Writing and Contracts Drafting. The student Unit Activity – Research and Debate Community brought delegates represented in two categories namely First ,  the legal Legislative Drafting and Legal Scientific Writing.

“In life, I never lose it, either I win or I learn, participating in a race is not an easy and fast process. It also takes enthusiasm for motivation to continue to focus on what is aspired. But, trust me it’s worth every tears and sweets. In joining a race it also takes a mental strength as steel, so that not only ready to win but also ready to lose. But that is the process that shapes us into people who are ready to face the future. ”

The Committee and The Executive Board  of Student Unit Activity-Research and Debate Community thanked the delegation of Legislative Drafting and Scientific Writing for the efforts and hard work of the delegation to reach the Champion phase at PHN 2019.

This achievement was presented to the Faculty of Law Diponegoro University ,  so that in the future this  milestone  of the national legal championship could continue to be achieved and could bring new superior seeds to bring  our Almamater always to be the foremost in the national arena. Of course, there is a great hope for  the other students on Faculty of Law Diponegoro University to be able to compete with delegates from other law faculties representing Undip’s law faculties to fly the Almamater and  Diponegoro’s value . 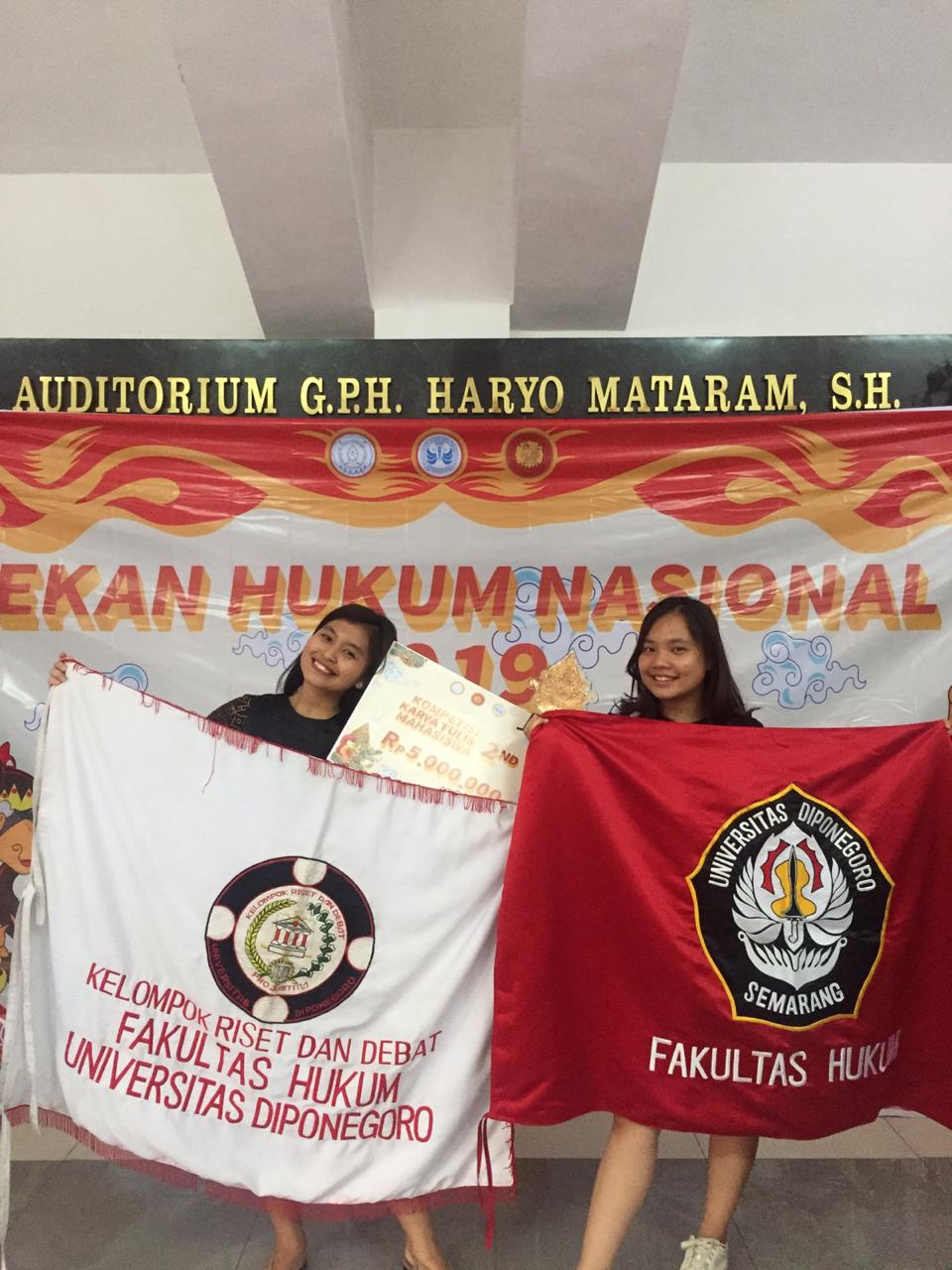