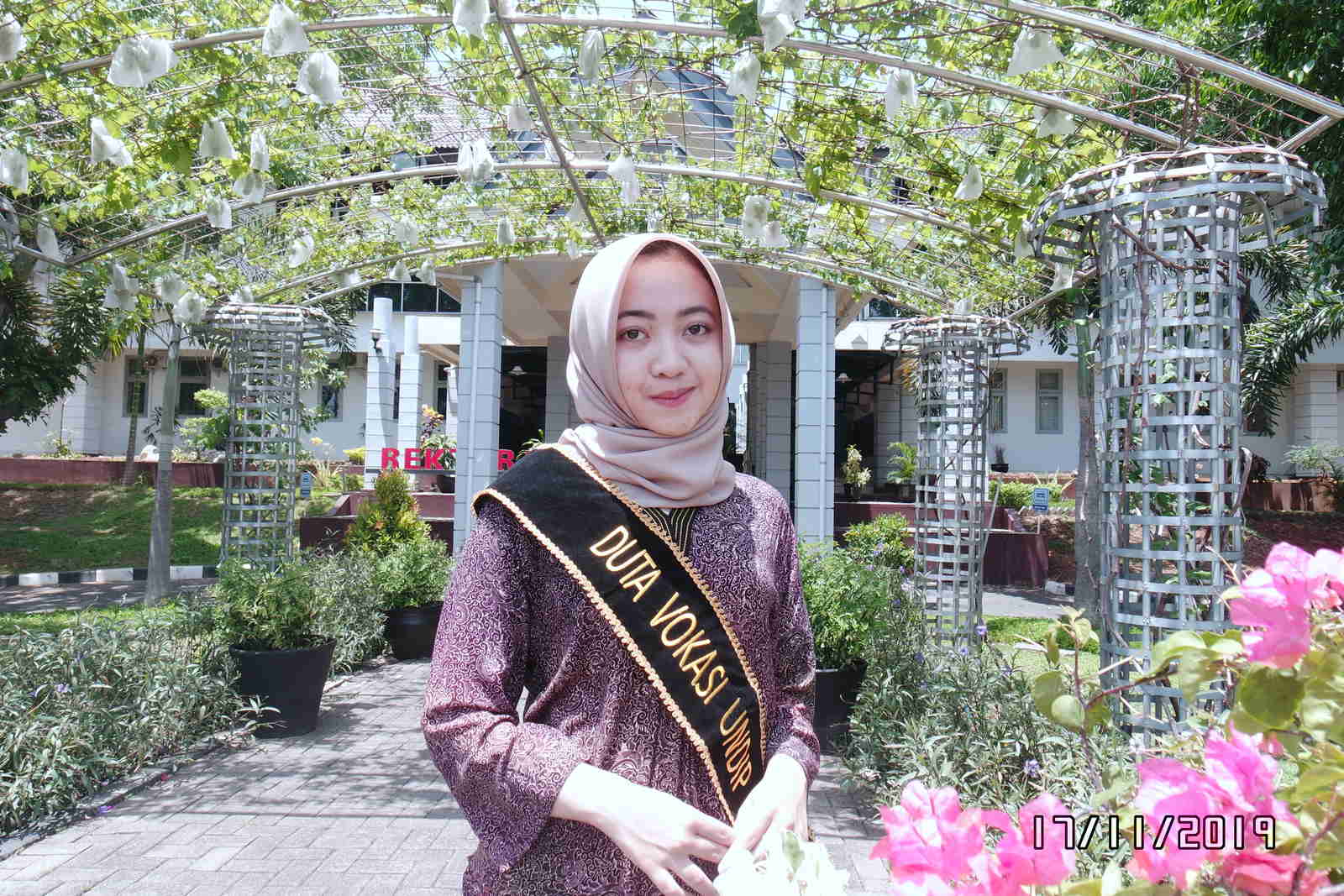 Gita, as she is known, won the 1st place in the 2019 Vocational School ambassador election after eliminating 31 participants from various study programs.

Gita Ayudhia Fitriani, a student from Bandung, was chosen as the ambassador of the Vocational School 2019 after going through a series of fairly long selections ranging from interview selection, aptitude tests, making resumes to debriefing material and open selection (Q&A)  assessment criteria viewed from 3 aspects namely 3B (Brain, Behavior and Beauty) because all three aspects must be owned by a Vocational School ambassador due to ambassador is the same as being a role model.

“Before winning and becoming an ambassador for Undip Vocational School 2019, a myriad of achievements had been held by Gita Ayudhia Fitriani, she had achieved numerous competitions and awards since she was still in public high school starting from obtaining the first place in speeches to Commemoraate World Environment Day, first place in speeches to Commemorate World Environmental Day, another first place in Story Telling in Bandung regional level and  is not only that this lady has also been the 2018 Bandung Regency Children’s Ambassador, GenRe (Planning Generation) Ambassador of West Java Province and winning the West Java Governor Award for Sanitation Ambassador.

This lady who was born Bandung, December 25, 2000 said that in order to be successful students is to not only conducting in academic activities but also have to shape various soft skills. We must have more values so for my case I took various courses such as violin and English courses and even martial arts. In addition, we also need to build huge amount of relationship because having relationships with many people from different educational backgrounds will make it easier when we graduate.

Gita would like to thank all those who supported her during the selection process of the 2019 Undip Vocational School ambassador from the study program level to the faculty and hopefully she could provide benefits to others as reflected in hadith that reads “khairunnas anfa uhum linnas” that the best of human beings is the one that brings benefit for others.