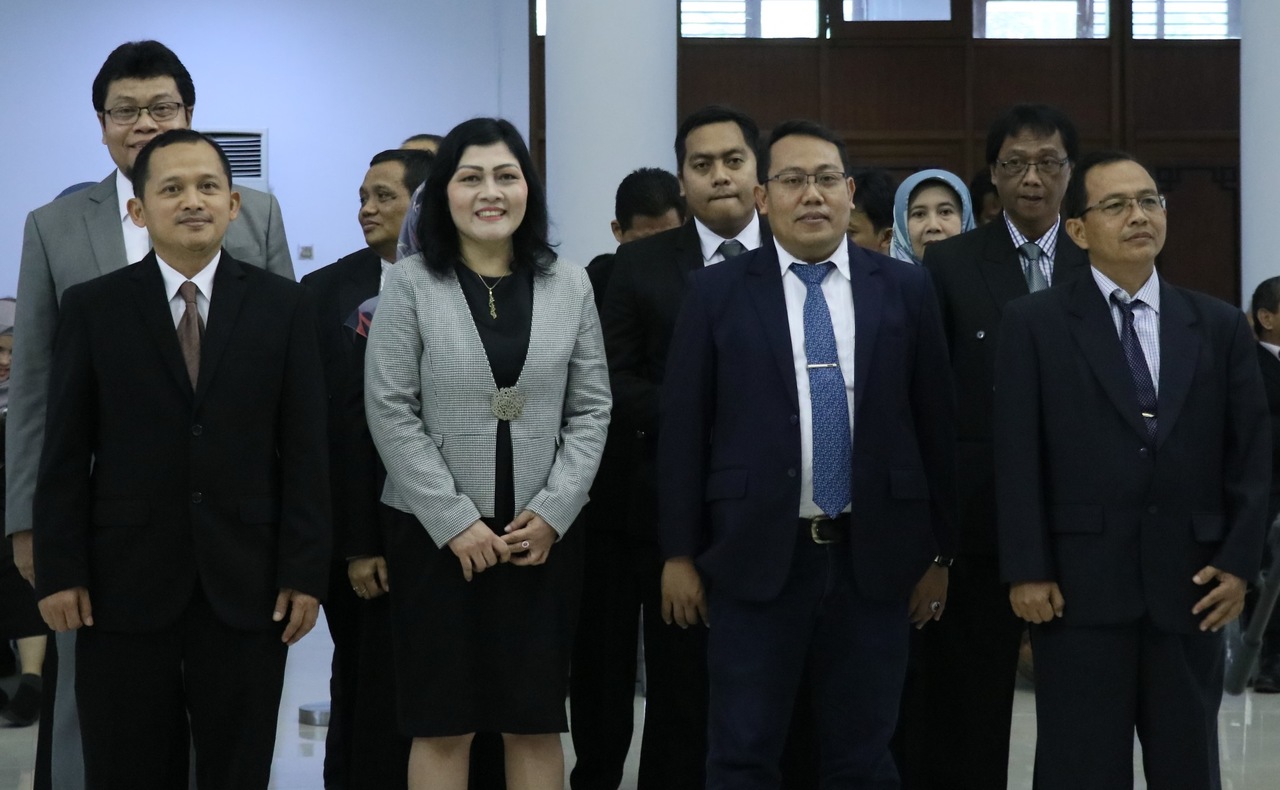 Diponegoro University Rector Prof. Yos Johan Utama inaugurated and gave the oath of office of the Head of Departments, Head and Secretary of Undip Study Program, on Thursday (11/21) in the Hall of the SA-MWA Building, Undip Tembalang campus.

In his remarks, the Rector said that in the oath of office there are responsibility carried in both the world and the hereafter for the new officials to be able to maintain and uphold the commitment of the oath of office because being a leader is not a goal, but it is a mandate to dedicate themselves for the progress of the institution and nation. “The challenges are getting harder, keep the integrity, honesty, and work hard to support services to institutions and for the nation,” he said.