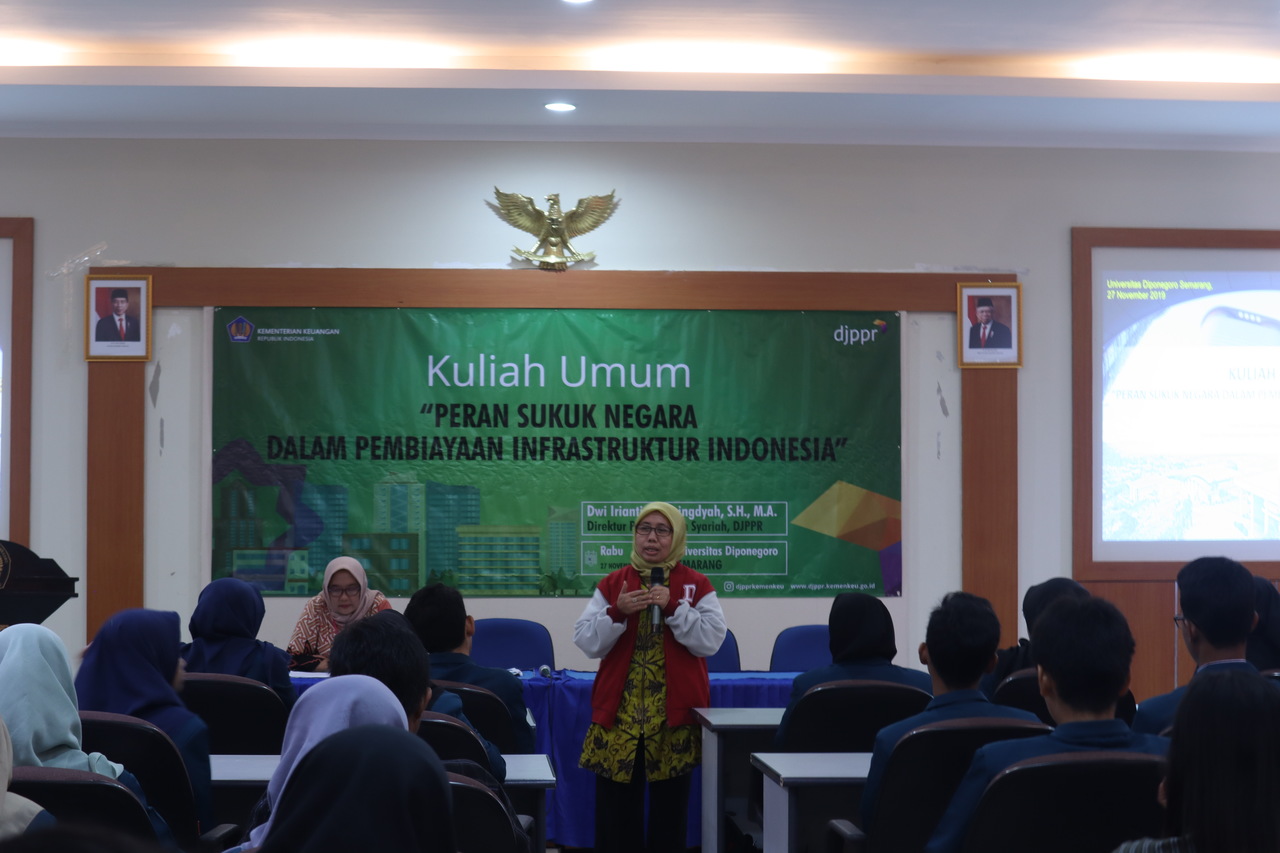 To broaden the knowledge of the students, UNDIP have conducted a public lecture. The event was held in the Quality Hall Room, Widya Puraya Building starting at 09.00 WIB. This activity was opened by the Vice Rector of Communications and Business Dr. Darsono, S.E., Akt., MBA., Wednesday (11/27/2019). Besides being attended by the Campus Vice Secretary, Dr. Ir. Fronthea Swastawati, M.Sc, the event was also attended by students from Islamic Economics study program. This event presented the Director of Sharia Financing, DJPPR Dwi Irianto Hadiningdyah, S.H., M. A. as an Alumni from Diponegoro University and speakers.

Dwi said that as many as 1221 trillion of Sukuk had been issued. And there are 3 mechanisms in issuing Sukuk namely Book Building (a systematic process of producing, capturing and recording investor requests for shares. Usually, issuers appointed large investment banks to act as underwriters or book runners), Private Placement (Large investors such as BPJS, in a state Sukuk private placement guaranteed by the nation contained in article 9 Paragraph 2.3 and the APBN. This was done so that investors feel safe when investing), and Auctions which are conducted every 2 weeks which are usually reported in running text news).