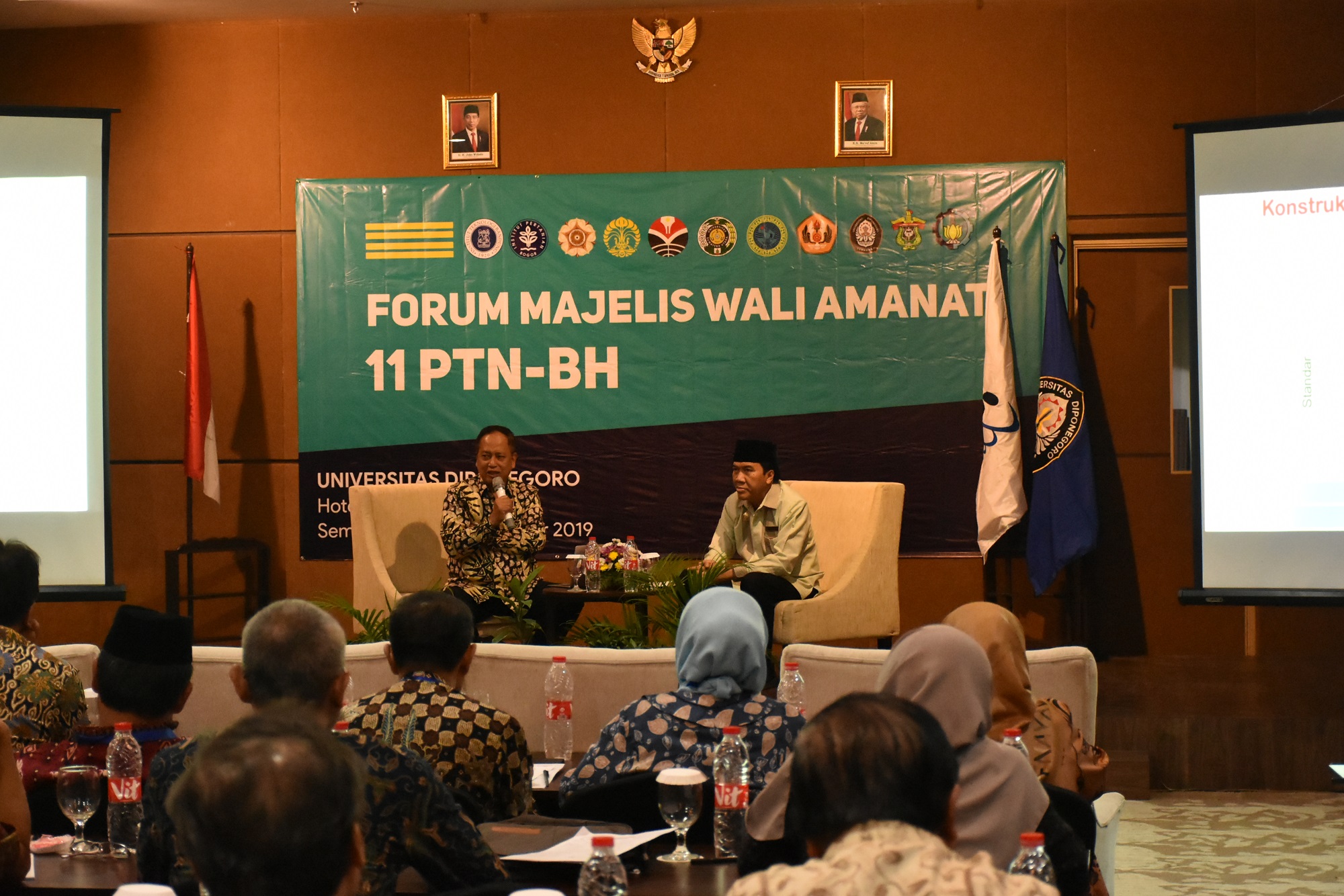 Semarang – The Board of Trustees (MWA) throughout Indonesia was holding the MWA Forum of Indonesia. This forum was held at the Grandhika Hotel Semarang, Wednesday-Thursday (27-28 / 11/2019) with Undip as the host. The MWA forum throughout Indonesia was attended by 11 PTN-BH consisting of Undip, UGM, UI, ITB, IPB, ITS, Airlangga University, USU, Unpad, UPI, and UNHAS. The event was attended by Undip Rector Prof. Yos Johan Utama, Undip MWA Representative Prof. Bambang Pramudono, Secretary of Undip MWA Prof. Esmi Warasih, Secretary General of Kemenristek-BRIN Prof. Ainun Na’im, and the speakers, namely the Special Staff of the Vice President, Prof. Mohamad Nasir and Prof. Dr. Ir. Komang Anggayana from ITB.

The existence of this forum is motivated by issue of MWA that exist in each PTN-BH. MWA of Indonesia feels the need for unity of viewing issues related to the implementation of PTN-BH and policy makers, which in this case is the Government of Indonesia.

Undip Secretary of MWA Report Prof. Esmi Warasih expressed her gratitude for the presence and trust of Undip to hold this MWA 11 PTN-BH Forum.

MWA is one of the organs of PTN-BH which is considered important to keep in sync in order to make a positive progress for the world of higher education.

Message from the Undip Rector Prof. Yos Johan Utama that ge expressed his gratitude for the presence of representatives from PTN-BH in Indonesia.

Some government agencies still have not recognize Undip as one of PTN-BH entity, therefore, this MWA forum will be able to solve various problems that exist in PTN-BH.

The Rector hopes that the existing regulations should not be made as obstacles but be considered as the regulations to be vigilant in every execution of work decisions.