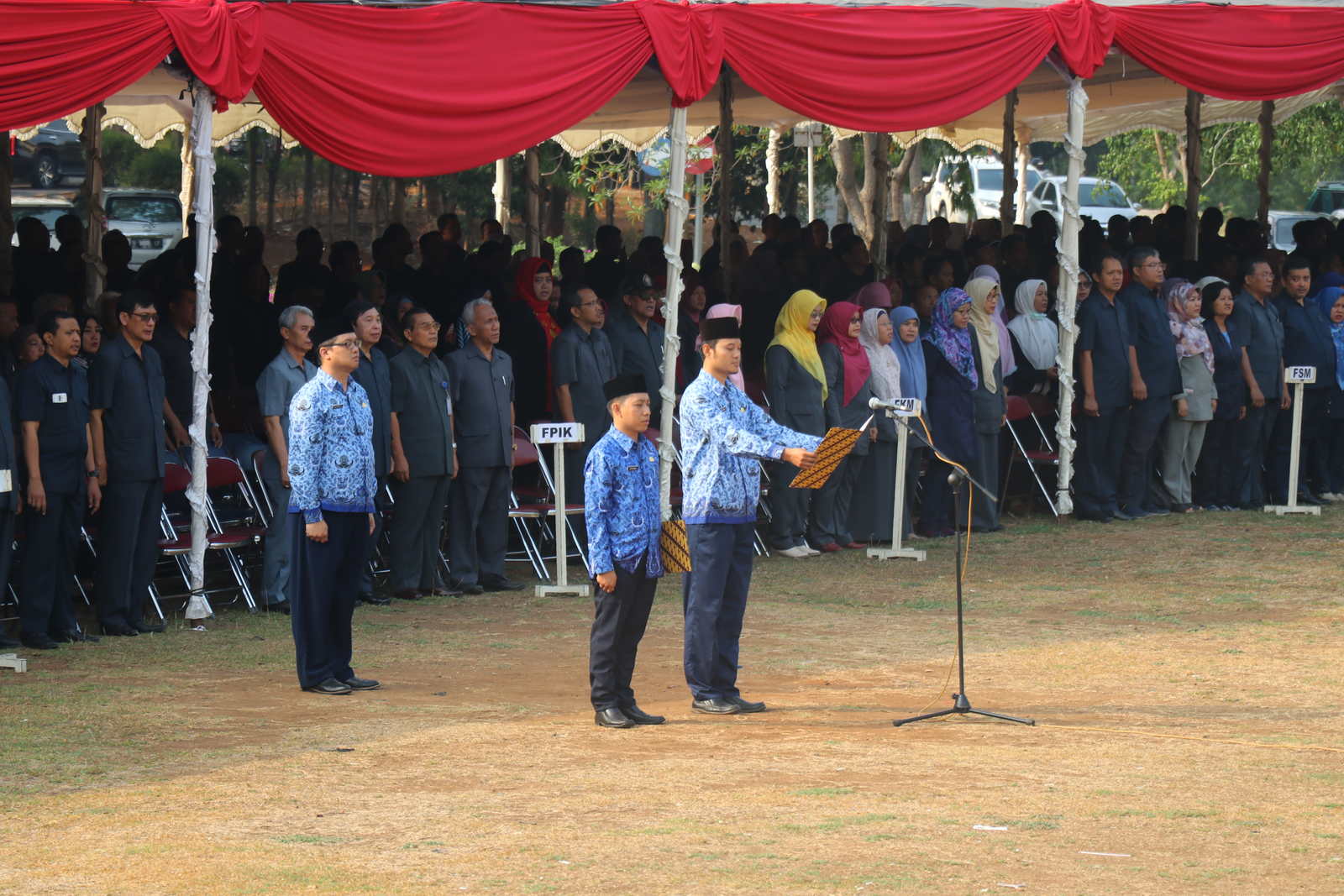 In his remarks, the Rector reads a written speech from the President of the Republic of Indonesia as KORPRI National Advisor on KORPRI’s 48th Anniversary in 2019. It was conveyed that the President gave appreciation to the civil servants who worked in strict and remote areas of the country. Their devotion to Dharma bakti is very much needed in order to advance Indonesia.

Citizens are invited to not be afraid to face changes and increasingly fierce competition. Therefore, as ASN (State Civil Apparatus), we must be creative, fast and innovative in the era of the 4th industrial revolution which has disrupted all sectors of life. Orientation is no longer on procedure, but on results.

In essence, the task of the bureaucracy is to ensure the people are well served, and development programs can be delivered, and the benefits can be felt by the people.

At the commemoration ceremony of the 48th KORPRI Anniversary, the ceremony officer is from the Faculty of Engineering Undip. The event went solemn and smooth. (Ut-Humas)