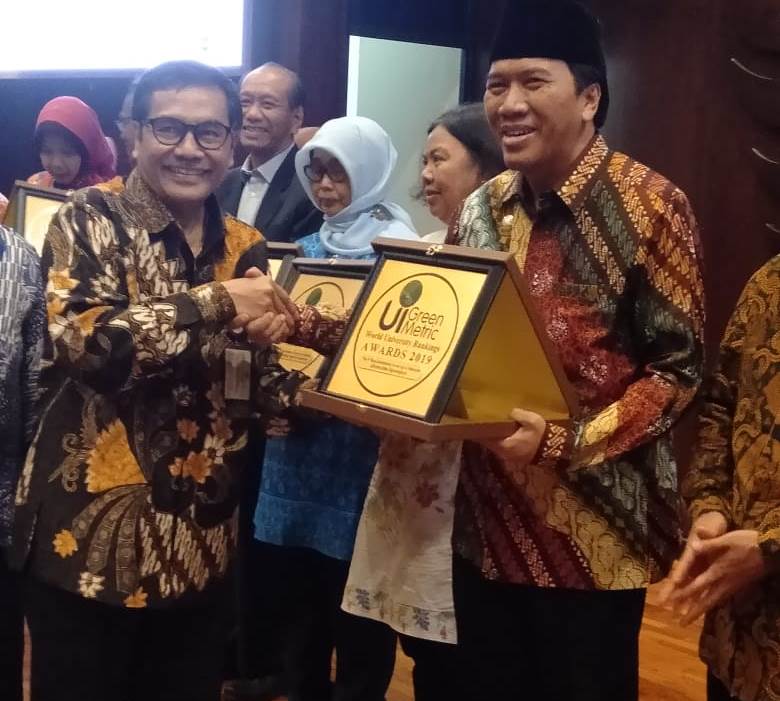 Recently Diponegoro University have received an award for UI GreenMetric in achieving the 4th place at the national level and 50th in the world from a total of 780 universities from 85 countries in the world. The number of participants in 2019 has increased from the previous year which was 719 college institutions from 81 countries in 2018. The award was given during the UI GreenMetric World University Rangkings 2019 Awarding ceremony which took place at the UI Campus Assembly Hall Depok on Tuesday (3/12).

UI GreenMetric is an initiation from UI as the ranking of the world’s first college institution based on high commitment in managing the campus environment. The ranking of the UI GreenMetric of World Universities is based on 3 philosophical bases, namely: Environment, Economic and Equity (3’Es) with the weight of assessment indicators consisting of campus conditions and infrastructure (15%), energy and climate change (21%), waste management (18%), water use (10%), transportation (18%) and education (18%).

In addition to infrastructure development in the form of lecture and laboratory buildings, Diponegoro University also pays attention to the environment by building a green campus that is environmentally friendly. As stated by Diponegoro University Rector Prof. Dr. Yos Johan Utama, SH., M.Hum., “Several attempts were made to create a green campus that is environmentally friendly, including building with integrated waste management facilities, prohibition in burning garbage, creating campus parks and forests and also plastic-less and paperless idea which are sustainable management efforts towards smart campus “.

“For that reason, the campus invites all elements within it to be aware of the environment in order to increase awareness of environmental sustainability and resources,” he concluded. (Ut-Humas)