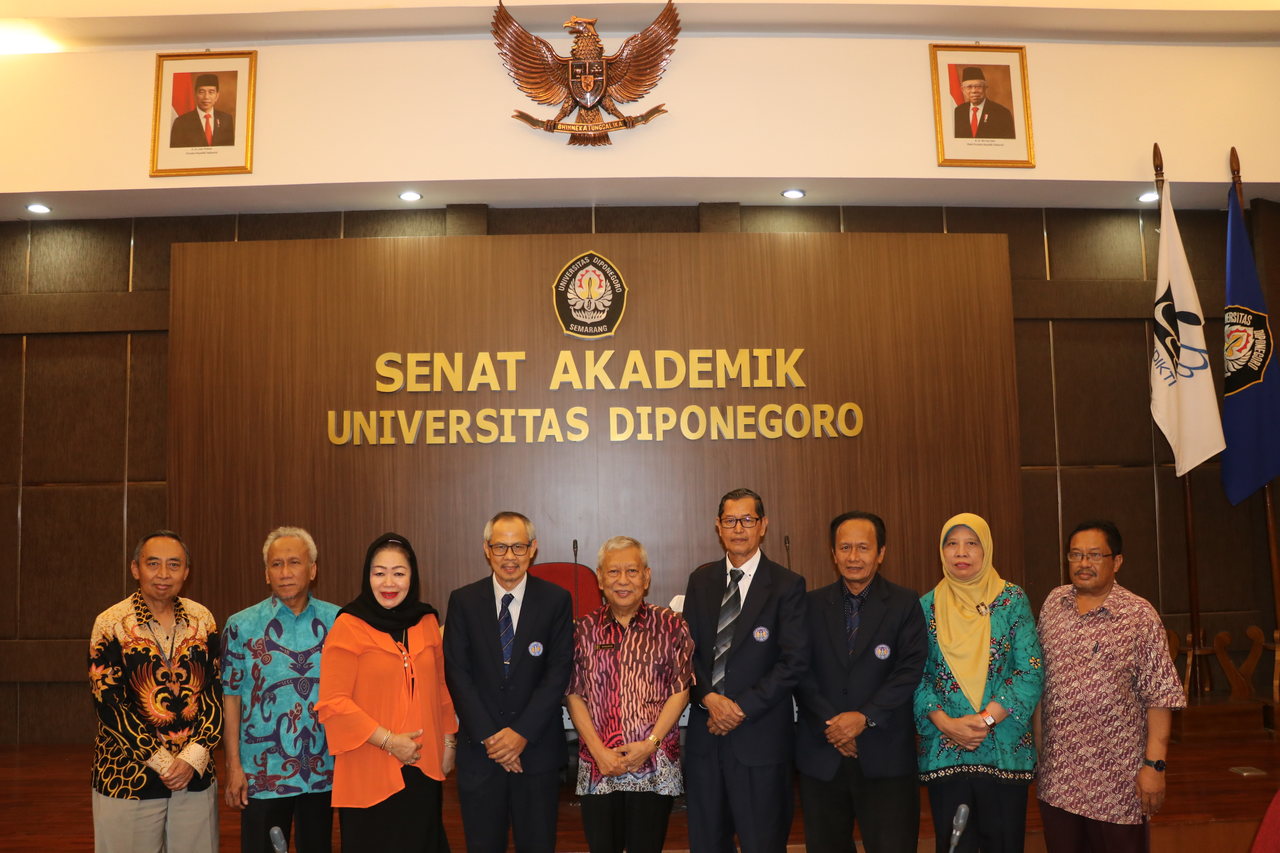 It begin with the introduction by Prof. Dr. Ir. Sunarso, M.S. as the Head of the Academic Senate, which later continued by UNY party namely Prof. Dr. Muhyadi, M.Pd. as the Head of Commission E of the Faculty of Economics who conveyed the purpose of the arrival of the UNY team, which was in the context of improving the duties and functions of the Yogyakarta State University Senate in order to study more information regarding senation from Diponegoro University.

Prof. Dr. Muhyadi, M.Pd. said that “First we hope to collaborate and maintain information related to the development of the university which we assume the development of an organization cannot be separated from the guarantee matter and what UNDIP has achieved so far is certainly because it is consistent, as we expected too. Secondly, UNY is preparing to develop into PTNBH. Currently it is in the stage of fulfilling its requirements. At this time UNY is still a Public Service Agency (BLU), hoping that it will soon follow to become PTNBH by sharing what has been implemented by UNDIP “.

The event continued with presentation of material about UNDIP Fidelity and closed with discussion. Prof. Dr. Muhyadi, M.Pd. also said that UNY and UNDIP had a slight difference, namely in UNY there was a Council of Professors where all professors under the auspices of UNY would automatically be included in the Professors Council.