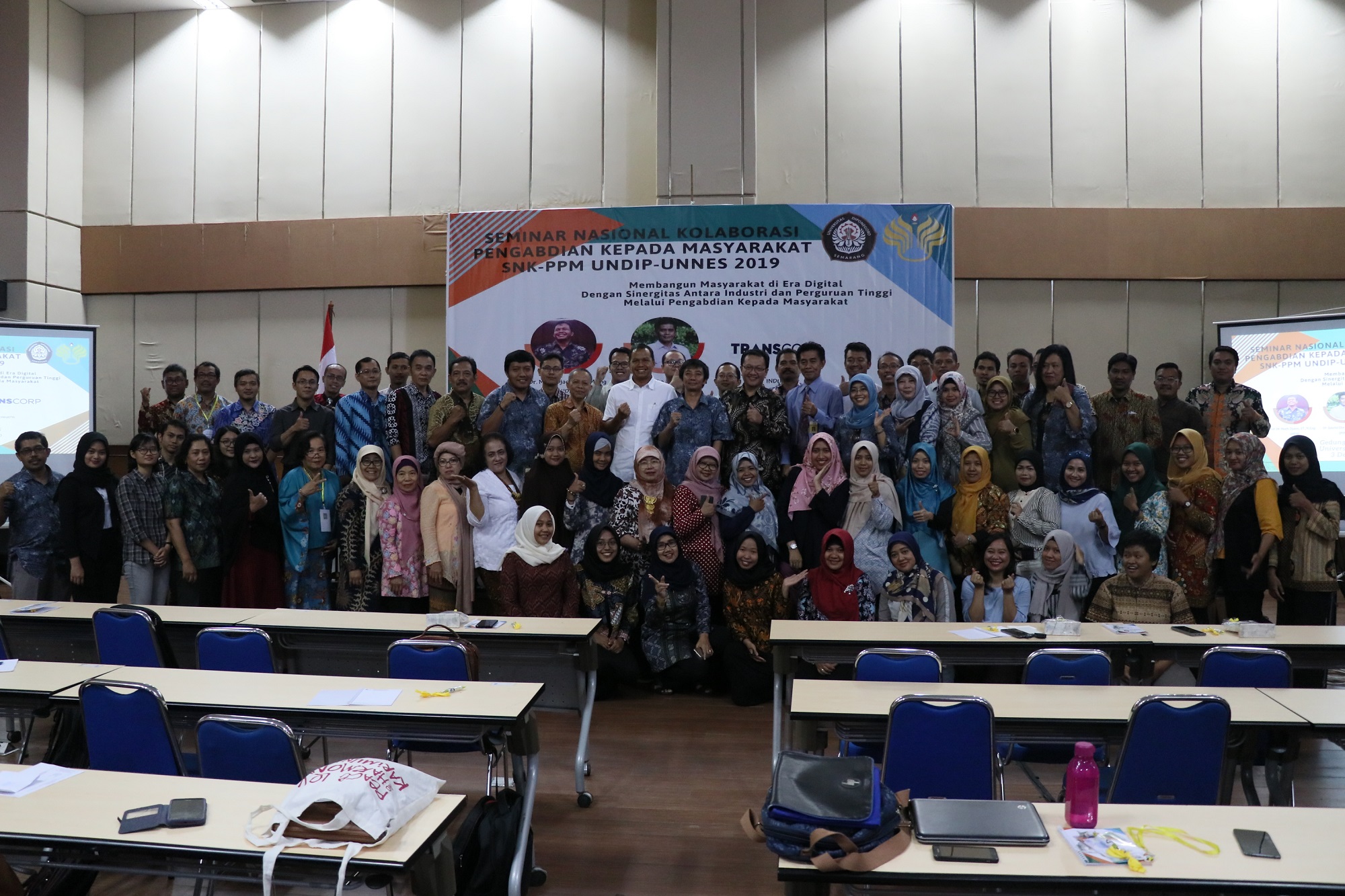 The seminar, which began at 09.00 WIB with the theme “Building Communities in the Digital Era with Synergy between Industry and Higher Education through Community Service” is intended to support the government in improving the quality of life and welfare of the Indonesian people through community service programs that will be held by lecturers.

Through the synergy of two state universities in Semarang, namely Diponegoro University and Semarang State University, both are expected to hold a national seminar on community service collaboration in the second year with a  theme of “Building Communities in the Digital Era with Synergy Between Industry and Higher Education through Community Service”.

The national seminar activity was filled by three speakers who were experts in their fields, namely:

“The true role of the industrial world and universities in community welfare can be realized through various community service programs. Thus, in order for synergy to work it needs to be disseminated so that the government, Indonesian citizens and universities can further strengthen synergy programs within the framework of community service for the future time” said Prof. Jamari, ST, MT.