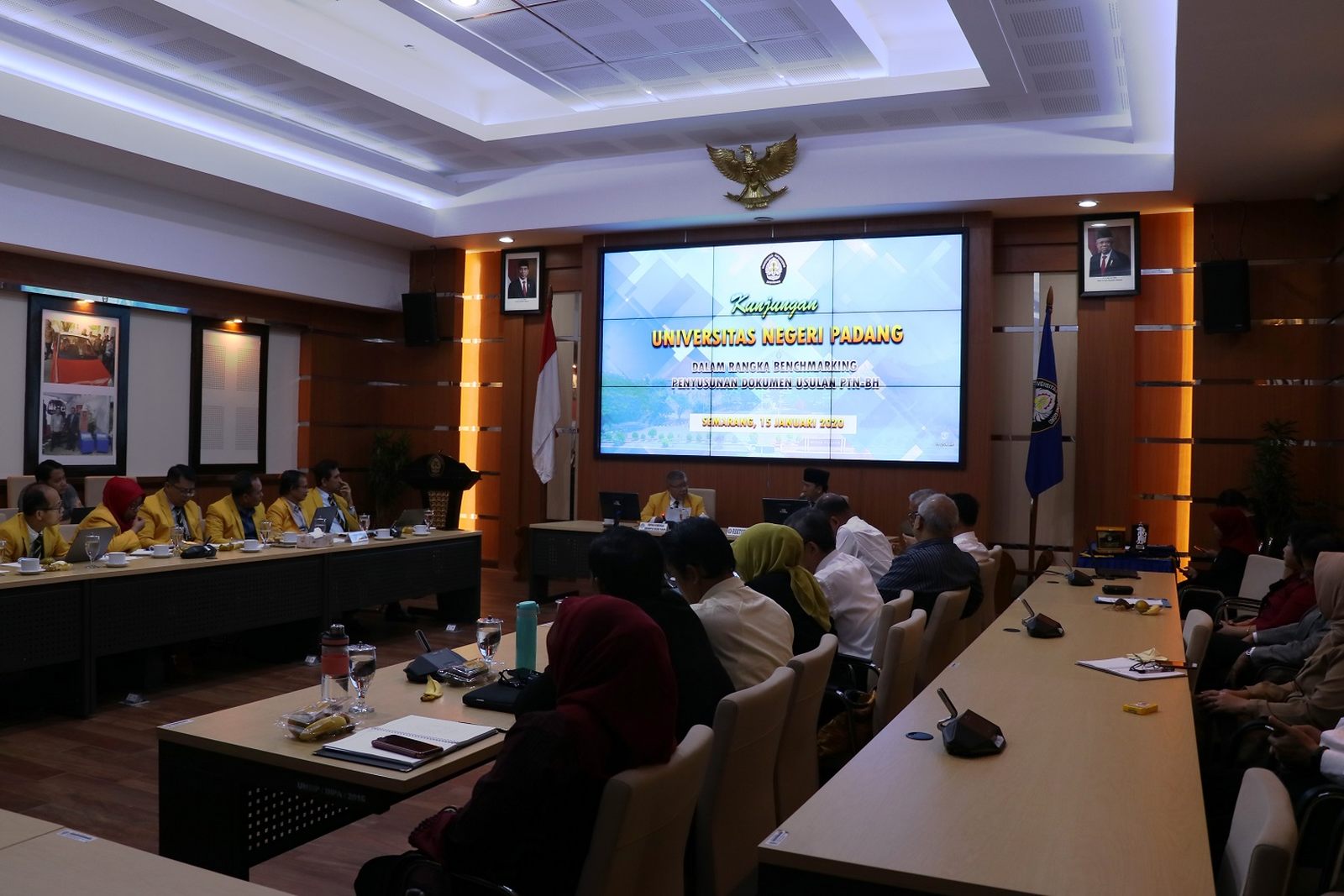 In this activity, the primary discussion includes several topics, such as the acceleration program for the professor, the new study program, the administration rule and other policies which covers public university’s governance, statute drafting strategy, and also public university’s primary task in carrying Tridharma of Higher Education. The total number of delegates from UNP was 13 people, whom were the university and faculty leaders.

The Rector of Undip, Prof. Yos Johan Utama, greeted the visitation nicely and thanked for it. “Undip have been established since 1957 by work unit management (satker) and then got changed into a public service agency (BLU). In 2015, Undip became State University with the Legal Status (PTNBH). At this time, Undip is struggling to reach all of the predetermined targets as a university with the legal status (PTNBH).” said the Rector of Undip.

Prof. Yos added that Undip has developed itself in many regions in Central Java; Outside Main Campus Study Program or as known as PSDKU to accommodate the local students. The rector explained that in PTNBH is divided into three groups; there are the Senate, Rector, and Board of Trustees that ran in harmony.

According to Prof. Yos, the PTNBH status tends to be more independent and flexible in rules and regulations in the university, but it has to be strong in managing the taxation system within.

Prof. Dr. Sufyarma M., M. Pd, the professor of Education Management Faculty of Education as well as the Senate Secretary of UNP led the visit and thanked Undip for the warm welcome. Prof. Sufyar said that the visit by UNP was aimed to seek the knowledge and calibration from Undip who initially carries the status of BLU then got promoted into PTNBH. It is related to public universities (PTN) governance and statute drafting strategy and public university’s primary task in carrying Tridharma of Higher Education. In addition, it was also related to the technique of designing student achievement performance and how to make the correlation between prosperous students and education quality assurance.

Prof. Sufyarma hoped that after the visit from Undip, UNP may soon embraces the new status as a PTNBH and Undip became the inspiration for UNP in managing the university.