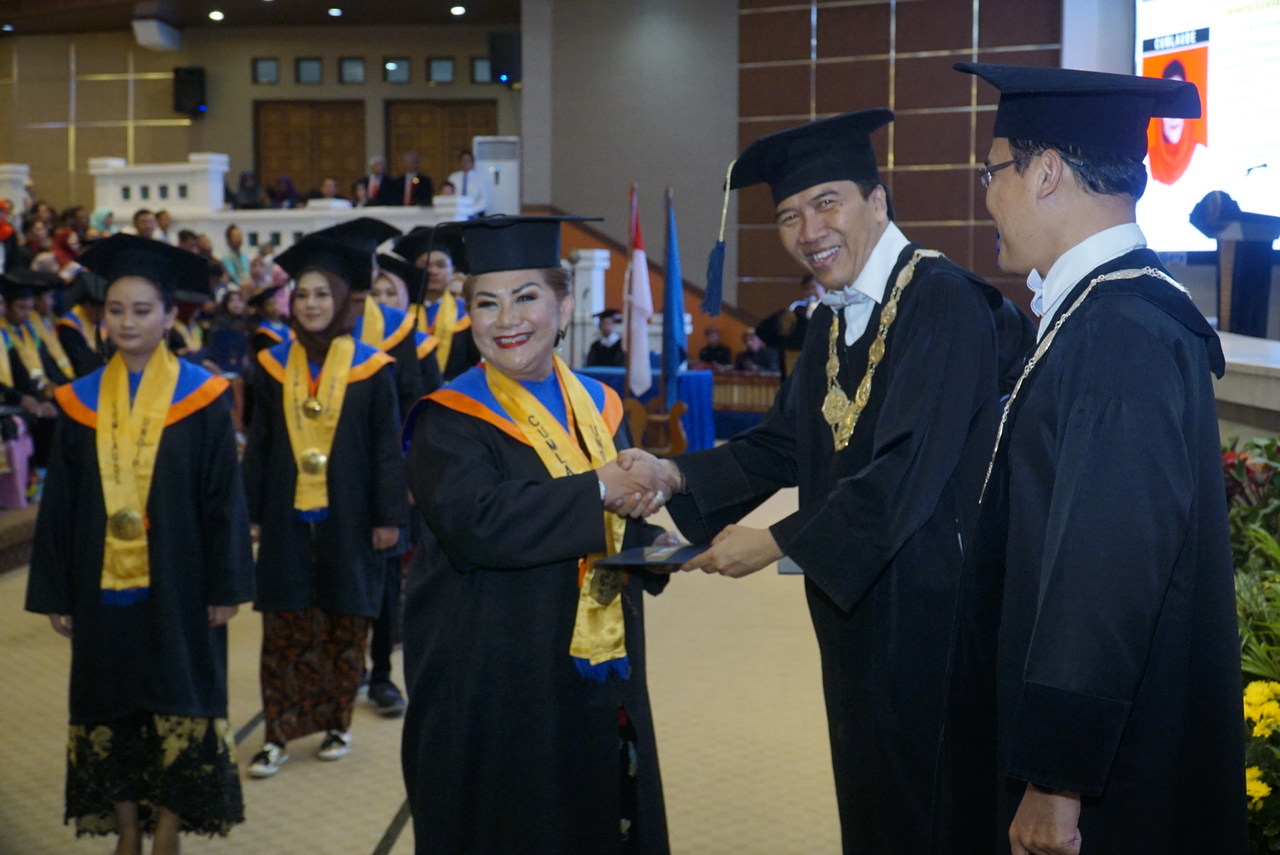 The 157th graduation ceremony Diponegoro University (Undip) was quite different this year. There was the Vice Mayor of Semarang, Hevearita Gunaryatie, who was attending the ceremony. She did not attend it as the guest but as the graduates from Undip. It was shown by her wearing academic dress from FISIP Undip and sitting in a line with other graduates.

During the interview before graduation, Hevearita said that she graduated from magister of political science in FISIP Undip with a total GPA of 3.81. The woman with the nickname Ita admitted that she took her master’s degree for a year, four months and twelve days with the thesis namely “Out of Netherland Fun Semarang, Semarang’s Government Innovation in Revitalizing the Old Town of Semarang” which guided directly by FISIP Undip lecturer, Teguh Yuwono.

“With the knowledge and proficiency that I gained in Undip, I will implement them later through the government programs which will be useful for the people, especially in the political field,” said Ita.

The Head of Undip Academic Senate, Prof. Sunarso, said that the total number of graduates who will be graduated was 2.350 people.

The Vice Rector of Academic and Students, Prof. Budi Setiyono, in his report said that the total graduates from Undip added up to 218,727 after Undip 157th graduation.

Prof. Budi said that the graduates were coming from Postgraduate Program (Doctorate, Magister and Specialist Programs) was 504 people, Profession Program was 97 people, Bachelor Program was 1,493 people and 264 people from both Diploma Program and Applied Bachelor.

“Today there were 41 students who graduated from the bidikmisi program, that is a scholarship from the government program given to the bright students,” said Prof. Budi.

In his latest speech, the Rector of Undip, Prof. Yos Johan Utama, reminded us that the key for the change of Indonesia in exploring the millennial era is not only by our ability to maintain the nation’s integrity by being well-mannered, honest, fair, and caring but also by our ability to be prestigious and competitive to the other nations.” he said.