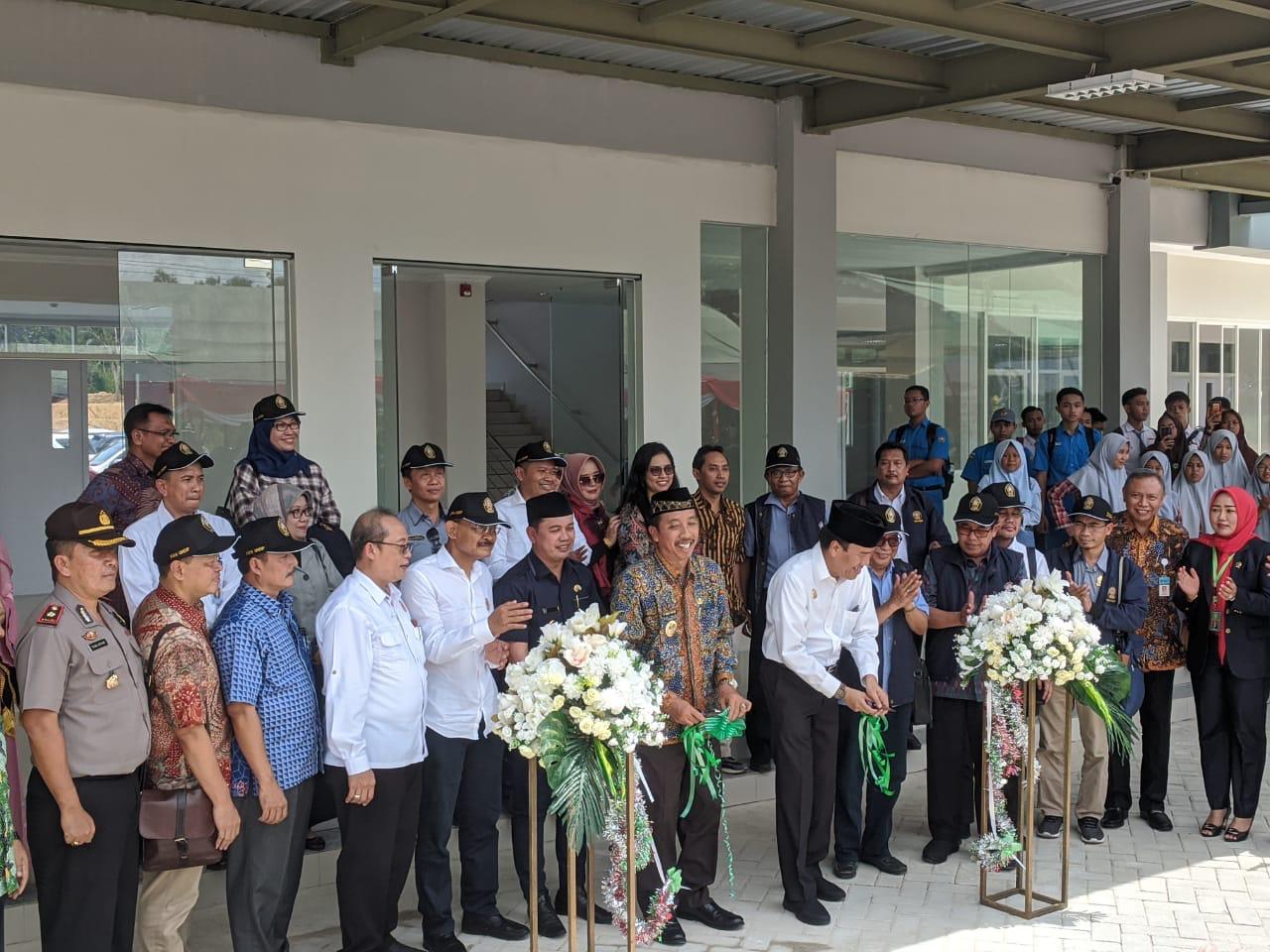 Rembang – Located in Turusgede village, Rembang, the new PSDKU building Undip had been inaugurated by Regent of Rembang (H. Abdul Hafiz) together with Rector of Undip (Prof. Yos Johan Utama, S.H., M. Hum) on Thursday (06/02/2020). This inauguration was also attended by Rembang Regency Governments; Muspida Rembang, Head of the Educational Board of Rembang and Pati, and Headmasters from High School and Vocational School in all Rembang districts. Meanwhile, the representative of Undip were Vice Rector I, Vice Rector II, Vice Rector III, Secretary of the Board of Trustees, Head of the Senate, Head of the Institute, and all Faculty Deans at the Diponegoro University.

The Government of Rembang Regency gave a grant in the form of land and building for UNDIP in order to improve the quality of education and economy in Rembang. In his speech, the Regent of Rembang hoped that Undip will establish new study programs to support the socio-economic and geographical conditions of Rembang Regency. Meanwhile, the Rector of Undip Prof. Yos Johan Utama expressed his gratitude and appreciation for the Rembang Regency Government who dared to make a breakthrough in developing its economy, human resources, and potential management for the prosperity of the regency.

The new UNDIP PSDKU building has three floors with eight classrooms with a land of 1,967 m2. This grant building is a continuation of the collaboration process between the Government of Rembang Regency and Diponegoro University in the context of the Undip PSDKU where previously the Rembang Regency Government granted 15 hectares of land. This campus soon will be used for academic activity even semester in the academic year of 2019/2020. Besides, the process of fulfilling the facilities such as tables, chairs, laboratories, and many other supporting facilities will be done by Undip in the near future. The existence of Undip PSDKU campus building got many positive responses from both the student from PSDKU itself and the student from high school or vocational school in Rembang.

At this time, Undip PSDKU in Rembang has only one study program which is D3 of Corporate Management. In the near future, there will be PSDKU Management Institute chaired by Dr. Redyanto Noor, M.Hum to add the study program which can give the benefits related to the increase in the Higher Education Participation Ratio (APK) in Central Java, especially in Rembang. The Higher Education Participation Ratio (APK) including capacity equality and enhancement for human resources and science and technology in Rembang for the development of Central Java; human resources development in Rembang; the economic potential of the Rembang community.