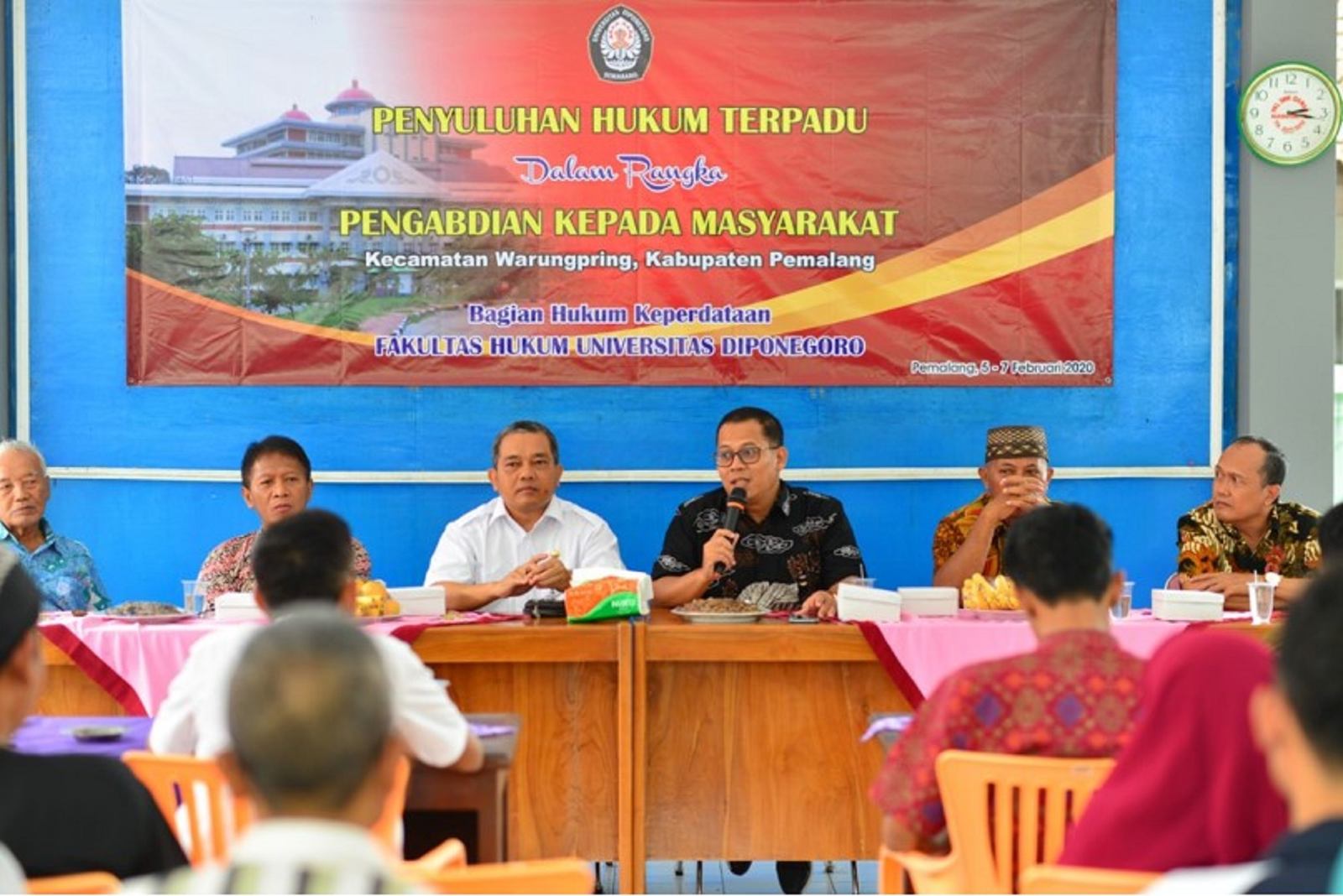 Lecturers of the Civil Law Department of the Faculty of Law UNDIP held a Legal Education and POSBAKUM in Warungpring District, Pemalang Regency, Central Java. The activity was carried out in order to implement one of the Tri Dharma of Education concepts, namely community service, this activity was led by the Head of the Civil Law Department, Muhyidin, S.Ag., Mag., M.H.

The spokesperson for this community services are as follows:

The community service is not only providing integrated legal education because for the next two days the lecturers also opened POSBAKUM (Legal Aid and Consultation Post).

The Posbakum activity is intended for the purpose of the existing stakeholders in Warungpring District to may able to consult legal issues experienced both personally and in groups with free of charge, especially in the field of Civil Law. Resource persons in POSBAKUM consist of numbers of lecturers in the Civil Law department, which are grouped based on their expertise. The implementation of Posbakum also received the same positive response as integrated legal education. This is shown by the large number of locals who come to the POSBAKUM location to ask for legal assistance from the Civil Law lecturers on duty.