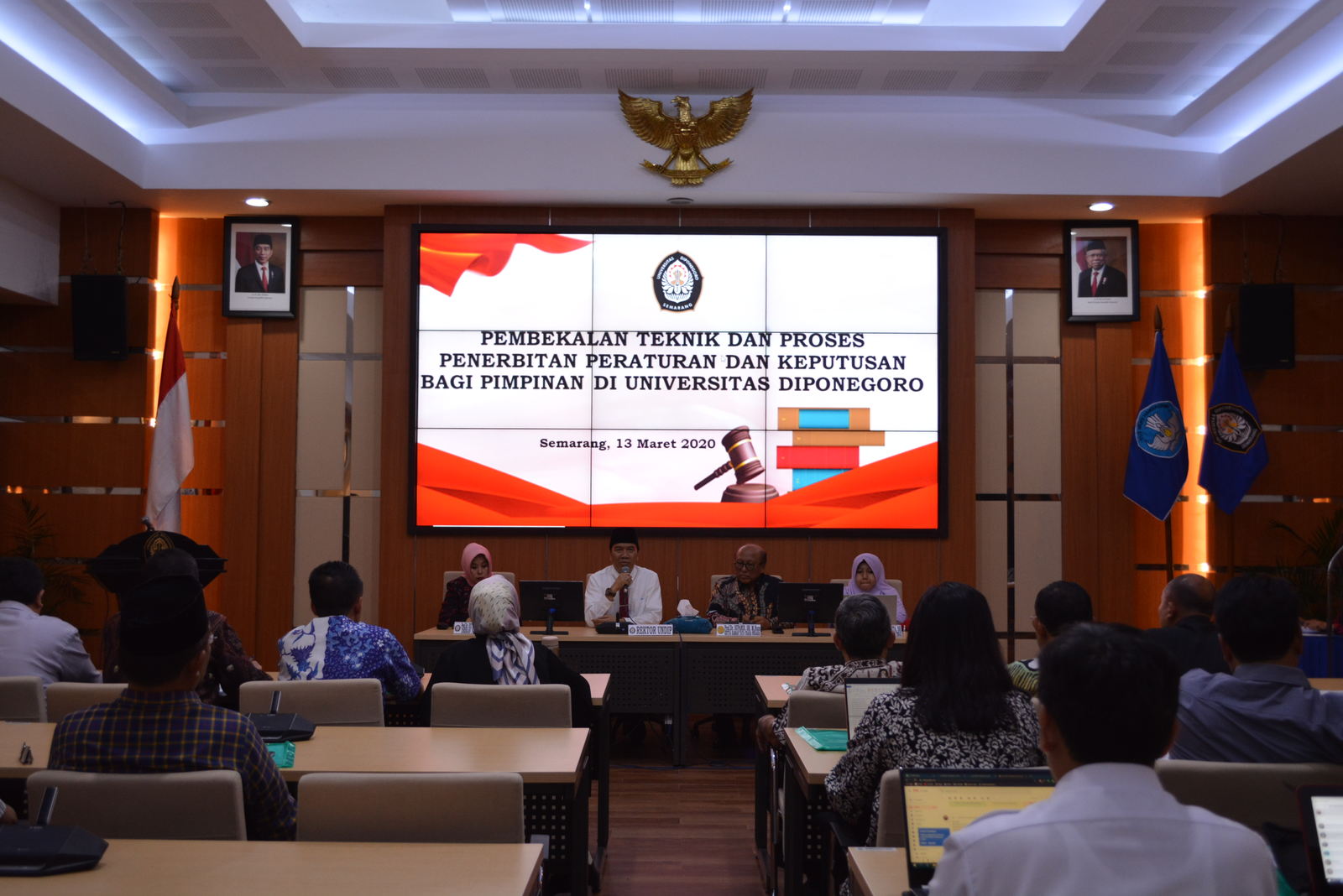 Undip Chancellor confessed that Undip is now in a very fast pace, each month there are nearly 500 -600 decisions and regulations, each week there are FGDs. It must be balanced with accuracy and all must be measured.

During the briefing, he also appealed to be vigilant about the dangers of the corona virus that is currently being discussed.

“When we enter the world class university, the problem of “law” must also be resolved,” he concluded.

In her speech, Ms. Pramasti conveyed that the drafting method stipulated in the Act applies “mutatis mutandis”.

She conveyed the technicalities and procedures for establishing regulations in more detail.

During his speech, Prof. Supandi said that a country is the most perfect community organization in the World.

“An official is obliged to have a consistent and obedient attitude to the principles and law, because every official’s actions and decisions must be based on legal principles.”

He also stated that the denial of obligation to “obey the law”, means the official “is against the order of his position”.

Prof. Supandi also did not forget to provide motivation by saying that Life is only once, make it a quality one by giving alms, specifically for those who are in considered as middle or upper classes people.

“In determining a decision, it must be equipped with “philosophy”, “sociology”, and “juridical” foundation”, he concluded.