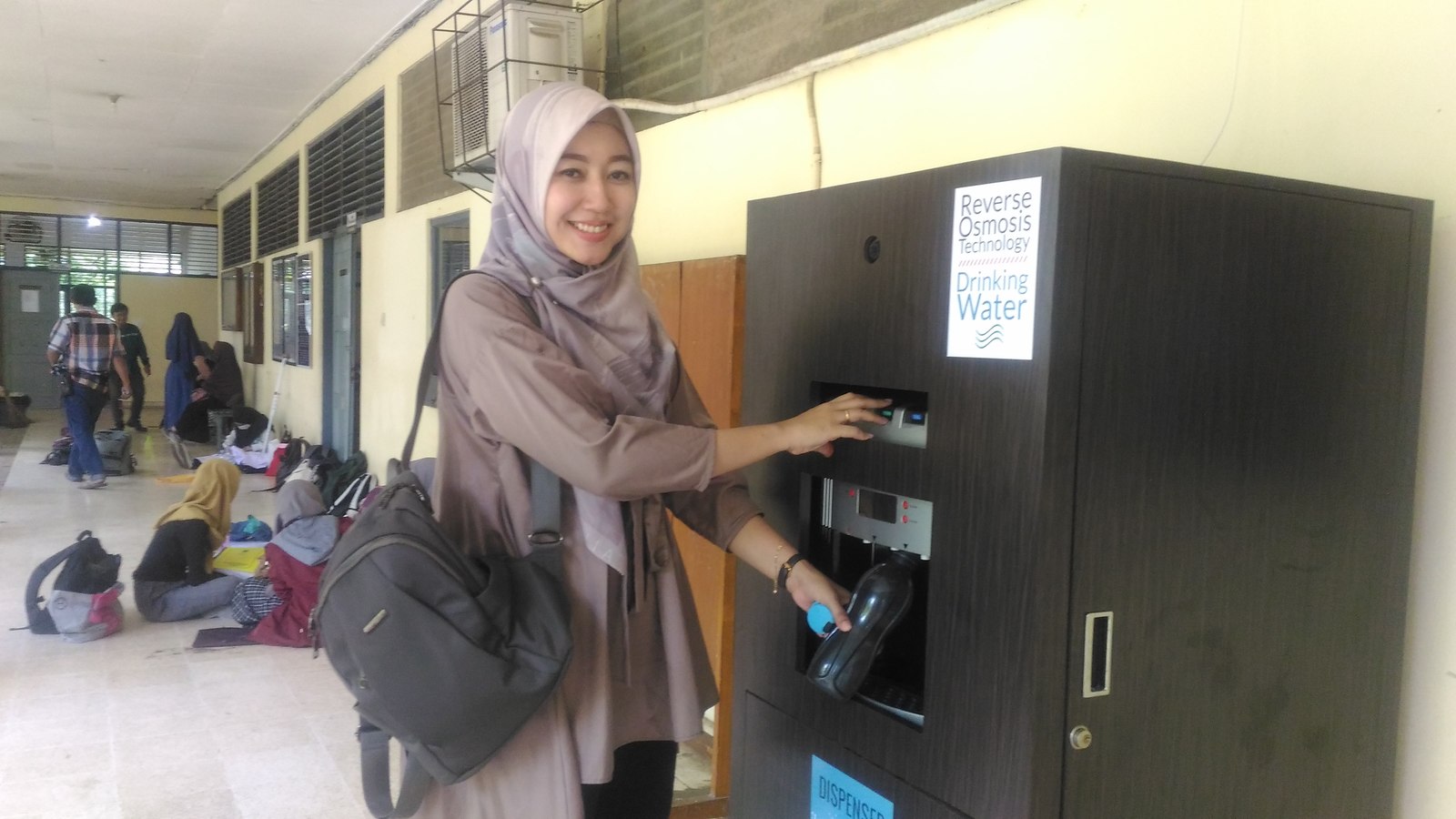 A culture of providing drinking water for free or called “piyaos” for people who are traveling is a common thing in the past and gradually the culture began to be abandoned.

The disappearance of the “piyaos” culture in the modern era, especially in big cities, is caused by the easiness of people to get disposable bottled drinking water in which is considered more hygienic, portable, and have a good quality. Aside from being in the form of disposable packaging, drinking water is also provided in larger containers (gallons) in dispenser machines that are commonly found in homes, offices, schools / colleges, hospitals, and industries. The habit of the community in consuming disposable bottled drinking water has a negative effect on the environment because the plastic waste produced requires a very long time to decompose.

Provision of drinking water will practically only rely on conventional gallon dispenser machines that are placed at many points. This has the potential to cause problems to disrupt continuity of drinking water supply due to high refill frequency (due to small capacity of the gallons). Manual water capacity monitoring will also make it difficult for operators to carry out their functions, along with the large number of points that must be served.

Undip Vocational School Team consisting of Dista Yoel Thaddeus, ST, MT, Fakhruddin Mangkusasmito, ST, MT, Qory Nur Rohmat and Haidar Amir Faruqi from the STr-Electrical Engineering Industry Study Program in Collaboration with PT. Arisa Mandiri Pratama, proposes a new design of drinking water dispenser machine implemented on the campus of Diponegoro University Vocational School as a solution to revive the piyaos culture which can be said to be almost extinct while overcoming potential problems arising from the implementation of the Ministerial Instruction previously described. The new design of drinking water dispenser machines focuses on increasing water capacity and saving the latest internet-based technology (IoT) to improve the effectiveness and efficiency of operational water supply in the area near the Diponegoro University Vocational School.

The ready-to-drink water is not only for lecturers and employees but also for guests and students who need it. So that the existence of the smart dispenser can be a form of additional campus services to students.

The long-term goal to be achieved in this solution is a continuous improvement on the design and technical aspects of the dispenser through an evaluation  process of the results of functional and field testing and implementation not only at the Diponegoro University campus but also in other wider areas such as regional public facilities or tourist attractions. In the end the synergy between local culture and the utilization of targeted research technology is expected to be realized properly.